One piece of misinformation dents years of nonstop law-abiding practices 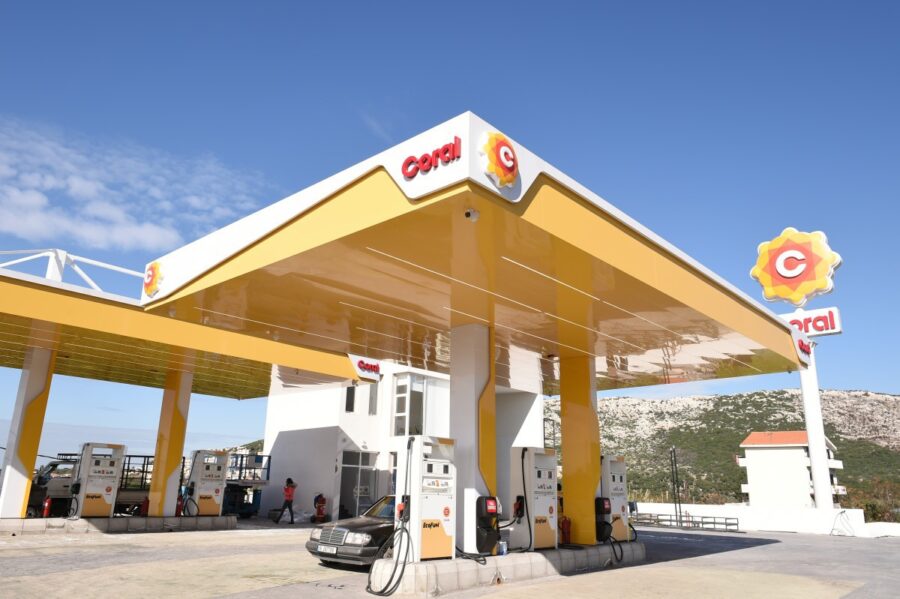 In the wake of an overabundance of media reporting and subsequent social media deliberations among the masses, top branded companies today face an escalating trend of fake news.

These misinformation campaigns dent years of best practices that fully abide by laws and regulations where these organizations operate.

In Lebanon, a country suffering from unending financial crisis and supply shortages, Lebanese Oil importers have made the headlines, a target of extensive, unusual media coverage that lands squarely in the realm of false, unsubstantiated allegations.

The “Coral Oil Company Limited”, one of the most renowned Oil Companies in Lebanon, fell prey to videos, photos, and even some imported allegations, not born out of native soil.

In fact, last year, Coral, a branch of a UK company, was accused of having links with a politically-connected chain of gas stations, via an article published by an Israeli-based website and social media platforms and until today covering this, albeit sporadically.

To further shed light on this matter and to check whether there were indeed any links with this political organization, Oscar Yamin, chairman and CEO of Liquigas, and chairman and CEO of the Coral Oil Company Limited, provided his clarifications in this interview.

On April 6, 2021, the ‘Alma Research and Education Center’ published an article linking Coral to a chain of stations affiliated with a Lebanese influential political organization. Can you clarify this matter?

The Alma article you mentioned made several false and very dangerous allegations and accusations towards several of our group’s companies, including Coral.

The allegations made in their report were based on nothing more than defaming social media comments and articles written by hired writers with hidden agendas for platforms falsely claiming to be news sites.

You need to know that since the US Department of the Treasury sanctioned this politically connected gas station chain in February 2020, Coral suspended all of its commercial activities with it.  A registered notice was sent through the Notary Public on February 29, 2020, informing an immediate termination of all activities. In addition, “Coral” provided the US and the UK Embassy with all the necessary and needed documents to prove its abidance with the US Treasury sanctions’ requirements. We are pleased to provide a copy of those correspondences in their initial Arabic language along with their English translations for review and publication if required.

Okay, then, what sources and which information was this article based on? What was given as proof that supports their written and published arguments?

The Alma article based its analysis on a featured photo that turned out to be taken from a 2019 news article about a diesel shortage in Lebanon. The 2019 photo was published long before the US sanctions against this chain. This photo showed both brands, Coral and the gas station chain in question, jointly related to current commercial practice in Lebanon.  Note that all brands of importing companies are displayed on all company-owned and franchised gas stations (Coral, Medco, IPT, Total, United, Hypco, Wardieh, etc..).

The franchised stations in Lebanon fall into two categories, those run by individuals or those run by distributors who own several stations in specific localities. After signing contracts with oil-importing companies, some distributors like Malapco, Lalipco, and others usually add their logo on their stations to inform customers they are managing these gas stations.

What was your relationship with this chain?

This chain belongs to a Lebanese company which is operating in Lebanon for more than a decade and is dealing with most of the petroleum importing companies since its inception.

The commercial business between Coral and this chain had started via a long-term contract well before the acquisition of Coral by our group in 2017, and before the US Sanctions on this chain. It has been discontinued as per the notarized letter sent to the gas station chain on February 29, 2020.

The Coral brand and the associated logos were removed immediately from these gas stations, immediately after that. Thus, this old picture is conclusive evidence of the publishers’ questionable intention.  It was part of a blatant attempt to damage the reputation and image of Coral by implying that business transactions are taking place with this chain, hence, with the political organization backing it.

What has been the response from Lebanese authorities regarding the allegations in the Alma article?

Coral presented a legal case to the Lebanese judicial authorities concerning all these false allegations and lies. Investigations were conducted by the Lebanese Security Forces and proper judicial authorities. The Lebanese General Security Directorate clearly stated that the information published in the Alma article is false. They also said the report aimed to offend the State of Lebanon and destabilize the state’s social and economic security.

Based on this, many courts in Lebanon at different levels took the necessary measures and issued several judgments prohibiting the publication and sharing of the Alma article. The Alma article’s hyperlink has been officially blocked in Lebanon and banned by the Ministry of Telecommunications.

All Lebanese petroleum importing companies, including Coral, were linked to a case related to the Euro Mediterranean Agreement and accused of owing amounts of money pertaining to the Lebanese government in a case investigated by the Lebanese financial prosecutor Ali Ibrahim.  What can you tell us about this?

In 2002, the Lebanese state concluded the Euro-Mediterranean Cooperation Agreement to establish a partnership with the European Union to strengthen trade between the signatories by encouraging importers to trade and import their products in exchange for straightforward customs exemptions that motivate them to choose European goods over similar goods imported from other countries.  Similarly, in the framework of reciprocity, many Lebanese goods exported to European markets were exempted from customs duties.

Under this agreement, the Lebanese customs implemented tax exemptions for various goods imported from the countries that signed the Euro-Mediterranean Cooperation Agreement, including gasoline. The Higher Customs Council set the procedure to allow companies to benefit from customs duties exemptions.

The debate between the Council of Ministers, the Lebanese Customs, and the Ministry of Energy and Water Resources was about who should be benefiting from the tax reduction incentive, which was 50 LBP/20 Liters, to import products with the Eur1 certificate, as agreed between the EU and Lebanon.  The agreement’s implementation is evident in a non-debatable manner.  The Lebanese state is prohibited from collecting the percentage of the deducted customs duties from Lebanese petroleum companies importing the products from the EU.

Note that the gasoline does not come out of the petroleum depots of any company until the company pays under a mandatory customs registration statement (IM4) is confirmed by the customs without giving the importing companies any rights to amend the fee imposed on it.

What confirms the abidance of all companies to the regulations is the decision of the Legislation and Consultations Committee at the Ministry of Justice, issued in July 2017, stating that companies should not be subject to the re-imposition of the customs duties and confirmed that companies have performed their duties in complete and strict abidance to customs rules.

Would you like to add anything on a closing note?

We cannot remain bystanders to false allegations that do not offer a shred of truth and take things out of context to create libelous claims and undermine our company, integrity, and history of lawful adherence to local and international laws and regulations. We will keep standing up to what is right and work tirelessly to uncover the truth behind all false and unfounded claims against our brand, using all legal means possible.