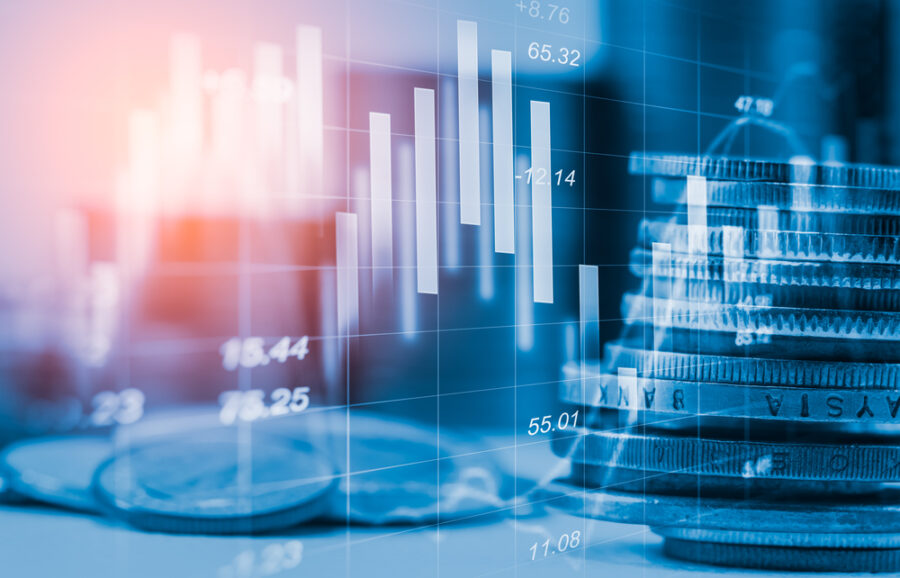 According to the Arab Federation of Capital Markets, over the previous week, U.S. Treasury yields rose to two-week highs on Friday after data showed US economy created more jobs than expected last month, putting the Federal Reserve on track to raise interest rates by half a percentage point a few more times this year. Oil prices climbed to above US$ 120 a barrel, after Saudi Arabia raised prices sharply for its crude sales in July, an indicator of how tight supply is even after OPEC+ agreed to accelerate its output increases over the next two months. In parallel, gold prices were headed for a third straight weekly gain on Friday, although they eased slightly on the day as investors waited for the key U.S. jobs report and as Treasury yields ticked higher.

10-year US Treasury yields on the rise after jobs report

The 10-year Treasury yield climbed on Wednesday and continues its rise on Friday to 2.92%, with investors focused on rising inflation and interest rate hikes. In fact, rising prices around the world remain a key concern for investors, with eurozone inflation hitting 8.1% in May, according to data released on Tuesday, while the effect of central banks’ interest rate hikes on economic growth also continues to worry investors, according to Dr. Fadi Kanso, the head of Arab Federation of Capital Markets.

It is worth mentioning here that Federal Reserve Governor Christopher Waller said in remarks delivered in Frankfurt, Germany, on Monday that he isn’t taking 50-basis-point hikes off the table until he sees inflation come back closer to the central bank’s 2% target. In parallel, Fed Vice Chair Lael Brainard said it’s unlikely the central bank will be taking a break from its current rate-hiking cycle any time soon as inflation remained at a 40-year-high.

On another hand, the rise in US treasury yields on Friday came as investors digested a better-than-expected U.S. jobs report. the U.S. economy added 390,000 jobs in May, higher than a Dow Jones expectation of 328,000. At the same time, the unemployment rate held at 3.6%, just above the lowest level since December 1969. In parallel, private sector employment rose by just 128,000 in May, payroll processing firm ADP reported on Thursday. That fell well short of the 299,000 Dow Jones estimate and marked a decline from the downwardly revised 202,000 in April, initially reported as a gain of 247,000.

Within this context, the US dollar index was lower at 101.7 in early trade on Friday and is flat for the week, pausing a decline, following two consecutive weekly losses of more than 1%. In fact, the US dollar rose through the early part of the week till Wednesday, on worries that record-high inflation in Europe was an indication of sharply higher rates everywhere, however, it fell overnight as mixed U.S. economic data troubled the outlook. As such, the US dollar lost about 0.9% on the euro on Thursday, falling to US$ 1.075.

In parallel, Asian shares rose on Friday morning after better-than-expected U.S. employment data raised the possibility of the Federal Reserve being less aggressive on its policy tightening stance in coming months. MSCI’s broadest index of Asia-Pacific shares outside Japan was up 0.5%, riding on a strong Wall Street close overnight. Japan’s Nikkei was up 1%, and shares in Seoul opened up 0.8%, while Australia’s resource-heavy index was up 0.8%. Overnight, tech stocks led a rally on Wall Street, lifting the S&P500 by 1.8%, the Nasdaq Composite by 2.7%, and the Dow Jones Industrial Average by 1.3%.

Oil prices rose to above $120 even as major crude producers agreed to boost output by more than the usual amount, on doubts OPEC+ can make up Russian deficit following an EU ban on Russian imports, and after Saudi Arabia hiked prices for its crude sales in July. Saudi Arabia raised the official selling price (OSP) for its flagship Arab light crude to Asia to a $6.50 premium versus the average of the Oman and Dubai benchmarks, from a US$ 4.40 premium in June, state oil producer Aramco said on Sunday.

In parallel, OPEC and its oil-producing allies agreed on Thursday to hike output in July and August by a larger-than-expected amount as Russia’s invasion of Ukraine weighed on global energy markets. OPEC+ will increase production by 648,000 barrels per day in both July and August, bringing forward the end of the historic output cuts OPEC+ implemented during the Covid pandemic. The increases were divided proportionally across the member countries, but with Russia included in the pact and members like Angola and Nigeria already failing to meet their existing targets, so the supply increase is likely to be less than the announced volume. As such, the OPEC+ move to bring forward output hikes is widely seen as unlikely to meet demand on doubts that producers belonging to OPEC+ can hike their crude output enough to make up for lost supply from Russia.

Gold prices hit a one-month peak on Friday, on a weaker U.S. dollar that has also put bullion on track for a third straight weekly gain. Spot gold was up at US$ 1,871 per ounce, its highest level since May 9, before easing on the day as US Treasury yields ticked higher. In fact, higher short-term U.S. interest rates increase the opportunity cost of holding gold, which bears no interest. Within this context, SPDR Gold Trust, the world’s largest gold-backed exchange-traded fund, said its holdings dipped by 0.1% to 1,066.0 tons on Thursday from 1,067.2 tons in the prior session.

On another note, world food commodity prices declined modestly in May for the second consecutive month, although wheat and poultry prices pushed higher, the UN’s Food and Agriculture Organization (FAO) reported on Friday. The FAO Food Price Index averaged 157.4 points in May 2022, down by 0.6% from April. The Index, which tracks monthly changes in the international prices of a basket of commonly-traded food commodities, however, remained 22.8% higher than in May 2021. In parallel, the FAO Cereal Price Index increased by 2.2% from the previous month, led by wheat prices, which were up 5.6% from April and 56.2% from their corresponding value a year earlier.