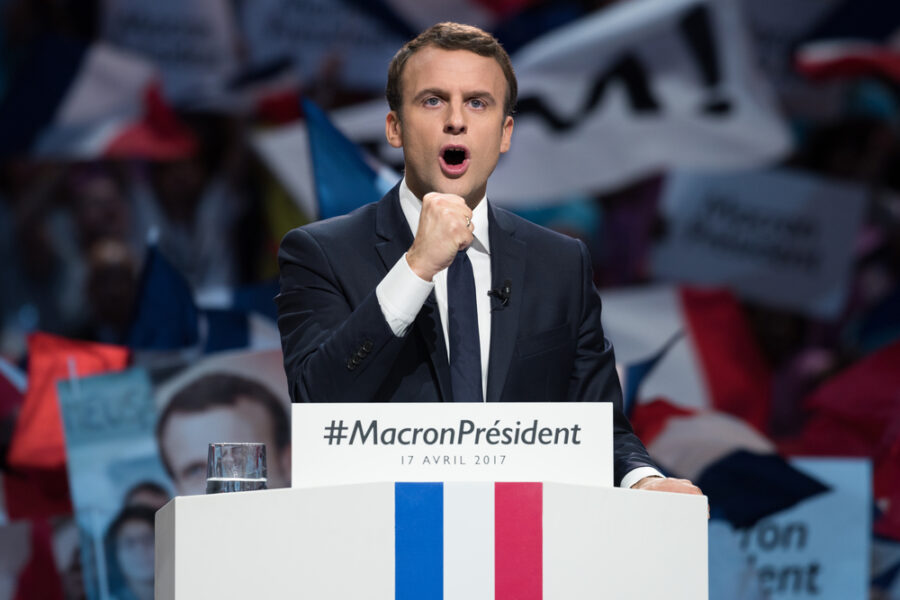 French voters will go to the polls again next Sunday, April 24, to choose a president among the two candidates who qualified for the second round of the presidential elections, the incumbent President Emmanuel Macron and his opponent from the far-right Marine Le Pen.

Days before the start of the second round, it does not seem that election results have been decided in advance.

Opinion polls showed that Macron may beat Le Pen, with a percentage of votes ranging between 53 percent and 55.5 percent, compared to 44.5 percent to 47 percent for the far-right candidate. However, the difference between the two candidates does not make any of them immune to any unexpected surprise.

For his part, Macron hopes that the escalating recovery of the French economy is one of the reasons for strengthening his attempts towards re-election for a second term. He is addressing the voters armed with the argument that the reforms that took place in his first term have served their purpose, which is that France’s economy is strong.

The French economy recovered faster than expected from the coronavirus crisis. The numbers indicate that Macron has done well compared to other major economies in the world, certainly much better than initially expected when the pandemic hit.

Last year, economic growth reached a 52-year high of 7%, and is expected to reach 3.2% in the first half of this year.

Two other economic indicators are particularly important to understanding France’s economy under Macron: unemployment and inflation. Both are relatively convenient.

Unemployment and a million new companies

The French unemployment rate fell to 7.4 percent in the last quarter of 2021, a level not seen in the country since 2008. This comes as a result of reforms adopted by Macron during his first term in office, the most important of which was the reduction of corporate tax from 33.3 percent to 25 percent, and pressures to change the French labor law.

These labor reforms have created a more vibrant labor market by encouraging companies to hire people, although the same reforms have increased job insecurity for workers in some areas.

Economy Minister Bruno Le Maire praises the historical fact that about one million companies were created in France in 2021. Opponents downplay the importance of this measure and say that the majority of these companies were in fact small enterprises with only one or very few employees. But either way, people’s desire to create new businesses is largely seen as an indicator of the economy’s vitality.

Experts believe that Macron’s strategy called “at all costs” has caused a boom in the sector, and helped it during the Corona pandemic to spend heavily on corporate finance, as well as helping it to retain its employees.

Macron is pushing this as one of his biggest victories during his first term, and it may be one of the factors that make him cross the line on April 24.

French inflation rose to 4.5 percent in March, an upward trend since last summer. However, this rate remains the lowest among European countries – it is 7.3 percent in Germany, and 9.8 percent in Spain.

One reason is that France derives most of its power from its fleet of nuclear power plants, so it has been relatively insulated from the high oil and gas prices that have caused problems elsewhere.

The ratio of French public debt to GDP increased from 98 percent in 2019 to 116 percent in 2021 as a result of the measures taken by the authorities to confront the Corona virus.

High inflation is one way to reduce this growing debt burden, even though the levels of price hikes that France and other European countries are currently experiencing are far beyond what central bankers had planned.

It also appears that inflation is likely to get worse before it gets better, also depending on the development of the war in Ukraine. Dealing with this problem will be another challenge for whomever is running France for the next five years.

In a report by S&P’s, Le Pen’s presidency from the far-right threatens expectations for French banks.

The agency said that the emerging prospect of Le Pen’s presidency raises the concerns of investors in French banks, as the share prices of the three largest listed banks among the largest and most popular lenders in Europe, “BNP Paribas”, “Credit Agricole” and “Societe Generale”, fell by an average of more than 9 percent since April 1, compared to a drop of less than 2 percent for the S&P Europe BMI Banks index.

“Le Pen’s presidency will bring a degree of uncertainty and anxiety in relation to France, which could affect the European activities of French banks,” Sam Theodore, a senior advisor at credit rating agency Scope Group, told S&P’s Global Market Intelligence.

“President Macron has succeeded in strengthening France’s international reputation and consolidating its leading role in Europe.”

Tudor said that investors have benefited from France’s influential position in the European Union and “will be reluctant to see any decline in its economic and financial integration.”

The amount of fiscal stimulus that Le Pen has been offering could boost French GDP growth and bank lending in some areas in the short term, according to Jessica Hinds, chief Europe economist at independent research consultancy Capital Economics Hinds.

“If there is a massive boost to the household income that Le Pen is planning, you can actually see a huge increase in consumer spending,” Hinds said.

However, other regions are likely to suffer if Le Pen is elected.

“We may see difficulties in private investment,” Hinds said. “Uncertainty and concerns about what the future holds may dampen business and private sector investment a little bit.”

Macron and the “ideal environment”

For his part, Arnaud Journoh, vice president of financial institutions at credit rating agency DBRS Morningstar, said that a second term for Macron would provide the “perfect environment” for French banks. He added that if Le Pen wins, the negative effects on French banks will begin to appear immediately.

He concluded, “If she (Le Pen) is elected, we will likely see some turmoil in the market, and higher volatility…this may have an impact on the results of the banks’ financial operations.”