The merger with "Awda Misr" scheduled in next few months 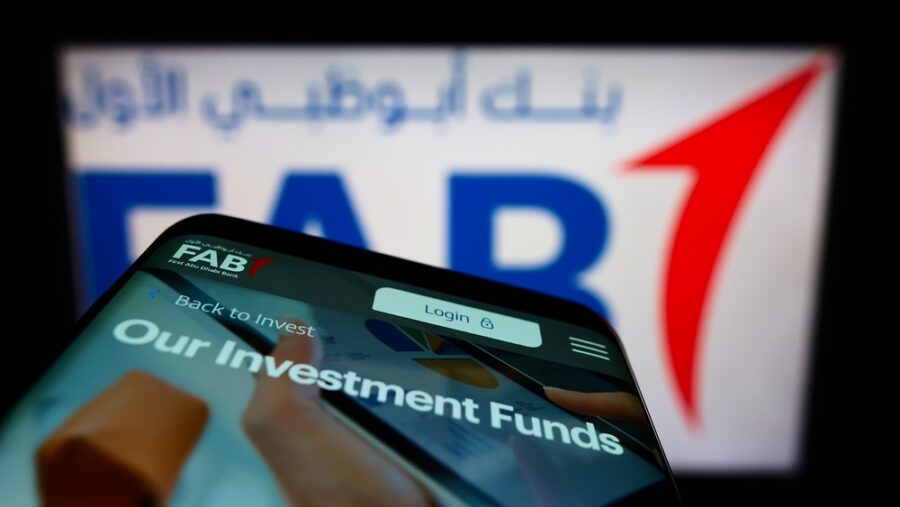 First Abu Dhabi Bank, the largest bank in the UAE by assets, doubled its net profit in the first quarter (Q1) of this year, driven by the sale of its stake in payments company (Magnati) and improvement in the performance of the core business of the bank.

As a statement issued by the bank shows, the quarterly income included a net gain of 2.8 billion dirhams from the sale of a majority stake in the payments business of payments company Magnate to New York-listed Brookfield Business Partners.

In February 2022, the bank announced the sale of a 60 percent stake in the payments company “Magnati” to Brookfield Business and its partners, known as Brookfield. The deal will raise the estimated value of “Magnati” to $1.15 billion.

The core operating performance also boosted the bank’s profitability, which was driven by higher net interest income, increased fees and commissions, and a greater contribution from Bank Audi Egypt to the group’s revenues that helped offset the decline in trade and investment income during the period covered by the bank’s financial results.

The total assets of First Abu Dhabi Bank amounted to more than 981 billion dirhams (267 billion dollars) until the end of March 2022.

Islamic loans, advances and financing amounted to 434 billion dirhams, an increase of 6% since the beginning of the year, and 15% compared to the first quarter of 2021.

Al Rostamani: The Egyptian market will remain the focus of our future interests

Hana Al Rostamani, Group CEO of First Abu Dhabi Bank, said: “I am pleased to announce that First Abu Dhabi Bank achieved a net profit of 5.1 billion dirhams during the first three months of 2022, which represents the highest quarterly net profit in the bank’s history, while we continue to achieve remarkable progress in our growth strategy and various transformation and development initiatives, in line with our long-term plans to deliver the best sustainable value to our shareholders, customers and employees.”

She added: “Our core business has performed well during this period of growth in economic activities in the UAE, benefiting from the momentum of the work in progress, the growth of existing businesses and the improvement in consumer confidence. The financial results of the group during the first quarter of this year include gains from selling a majority stake in Magnati Payments, which reflects the importance of the payments business in paving the way for long-term growth in cooperation with a strategic partner, as this has consolidated our leading position in the payments and digital services sector in the region.”

Internationally, Al Rostamani revealed that “the Egyptian market will remain the focus of our future interests, while we are still in the process of merging our business with Bank Audi Egypt, which is scheduled to be completed within the next few months. We also continued to strengthen our presence in new target markets. We started our business in our branch in Shanghai in March, and we opened a representative office in Iraq, to ​​be a strategic addition to our geographical presence, at a time when the UAE is still considered one of the most important trading partners of Iraq.”