Project is key component of ADNOC's strategy for gas self-sufficiency 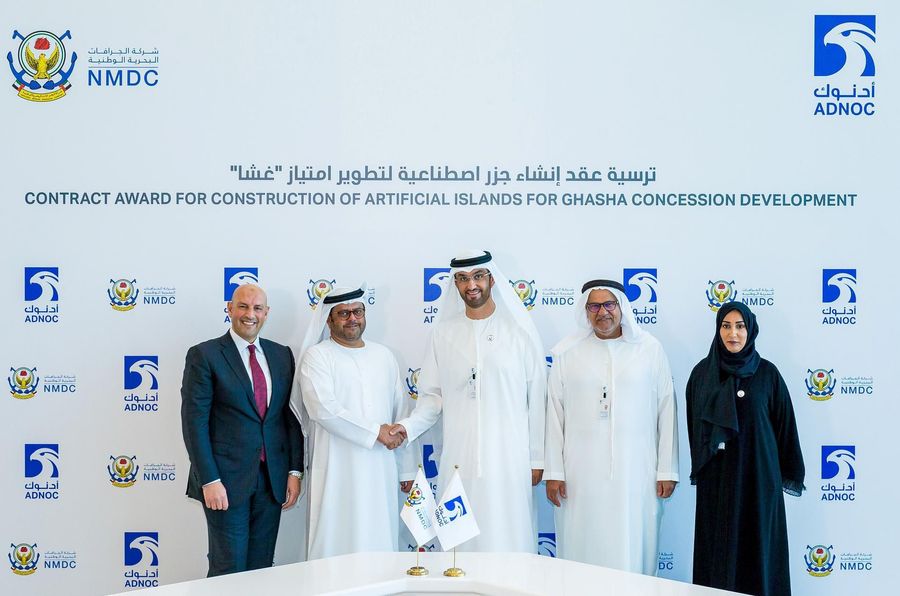 The Abu Dhabi National Oil Company (ADNOC) has awarded two contracts totaling 7.49 billion dirhams ($2 billion) to ADNOC Drilling for a project to develop the Al Hail and Ghasha natural gas fields, according to a statement issued on Wednesday.

The first contract is for integrated drilling services worth $4.89 billion ($1.3 billion), while the second contract is for four onshore drilling rigs worth 2.6 billion dirhams ($711 million).

According to the statement, ADNOC awarded a third contract for marine logistics and marine support services worth 2.5 billion dirhams (681 million dollars) to ADNOC Logistics and Services.

The development of the Al Hail and Ghasha gas fields is part of the Ghasha concession, the world’s largest marine sour gas project, and a key component of ADNOC’s strategy to achieve gas self-sufficiency in the UAE.

The Al Hail, Ghasha, Hare Dalma, Satah, Bu Hasir, Nasr, Sarb, Shuwaihat, and Mubarraz fields are part of the Ghasha concession. The fields of Al Hail and Ghasha are located about 190 kilometers northwest of the Emirate of Abu Dhabi.

Production from the Ghasha concession is expected to begin in 2025, with a capacity of more than 1.5 billion standard cubic feet per day by the end of 2030. Four artificial islands have already been built, and drilling is currently being developed as part of this massive project.

ADNOC said that more than 80 percent of the contract value will be directed to the local economy through the ADNOC program to increase local added value, and the three contracts will cover drilling works in the Hail and Ghasha fields for a maximum of ten years.