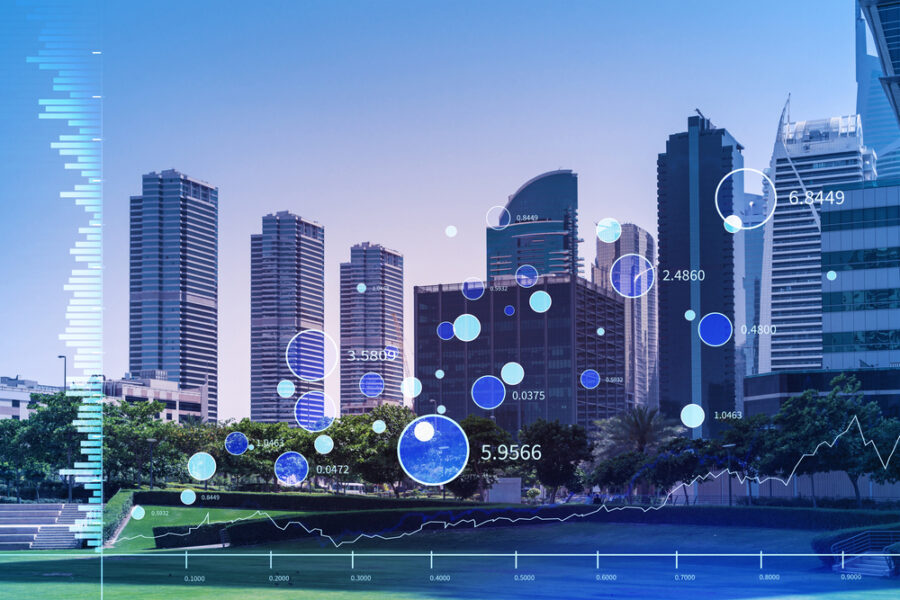 The final offering price for Dubai Electricity and Water Authority (DEWA) for public subscription will be announced on April 6th after the IPO was launched yesterday, and its shares are expected to be listed and traded on the Dubai Financial Market on April 12.

Meanwhile, Alpha Partners Holding, one of Alpha Abu Dhabi Holding companies, and Multipleplay Group, the Abu Dhabi-based technology-based holding company, announced an investment of 367 million dirhams each in a pre-IPO subscription to shares as institutional investors.

DEWA is considered one of the largest government agencies and companies in terms of budget and assets, and its assets amounted to about 201 billion dirhams.

Offering a portion of its shares for public subscription is part of the Dubai government’s plans to list 10 companies owned by it on the Dubai Financial Market, with the aim of reviving and stimulating trading and keeping pace with the surge of subscriptions witnessed by neighboring markets in Abu Dhabi and Riyadh.

The authority that manages the electricity and water sector in Dubai had set the price range for subscription in its shares between 2.25 dirhams to 2.48 dirhams per share. It is looking to raise more than 8 billion dirhams by offering a percentage of its shares in what is the largest listing in the emirate since the launch of “DP World” in 2007.

The company was oversubscribed for the number of shares offered within hours of launching the IPO process yesterday.

A statement by “DEWA” said that the estimated valuation amounts to $33.76 billion, which will make DEWA the largest company listed on the Dubai Financial Market in terms of market value.

According to the statement, the company’s main shareholders in the initial public offering will be the Emirates Investment Authority, the Holding Company (ADQ), “Multiplay Group”, “Alpha Partners” and Istithmar Holding, with total investments of $1.3 billion.

The holding company “Multiplay” Group announced it has invested 367 million dirhams in the IPO as a primary investor.

The investment follows a series of strategic acquisitions made by the group, through which it looks forward to creating a technology-enabled investment ecosystem to seize growth opportunities across five key sectors: communication and media, utility services, investment projects, fitness, health and beauty services, and the digital economy, according to the Emirates News Agency (WAM).

Last year, the group acquired stakes in several local assets that have great potential for profit, such as Pal Refrigeration Holding, Emirates Driving Company, and Viola Communications, in addition to high-growth global companies such as the digital media platform “Firefly”, visual content company Getty Images, and the global brand Savage X Fenty by the famous artist Rihanna specializing in the fashion sector through e-commerce platforms.

Samia Bouazza, CEO and General Manager of Multiplay, said that the group’s interest in DEWA’s IPO stems from its great confidence in the strength of the UAE economy and that the authority has succeeded in establishing its position as one of the most prominent integrated utility companies based on its strong fundamentals and advanced infrastructure.

Alpha Partners Holding, one of Alpha Abu Dhabi Holding companies, announced invested 367 million dirhams in the IPO by subscribing to shares as a primary investor.

A statement by DEWA stated that Alpha Abu Dhabi continues its main and strategic contribution to empowering the UAE economy and supporting its diversification efforts. It is also committed to achieving sustainable growth for its shareholders by investing in leading companies that enable it to create added value for its shareholders.

Engineer Hamad Al Ameri, CEO of Alpha Holding Company, said that the DEWA IPO “comes as a reflection of the great strides the UAE continues to take to diversify its economy, and provides a strong platform that allows DEWA to benefit from its growth potential based on strong market fundamentals.”