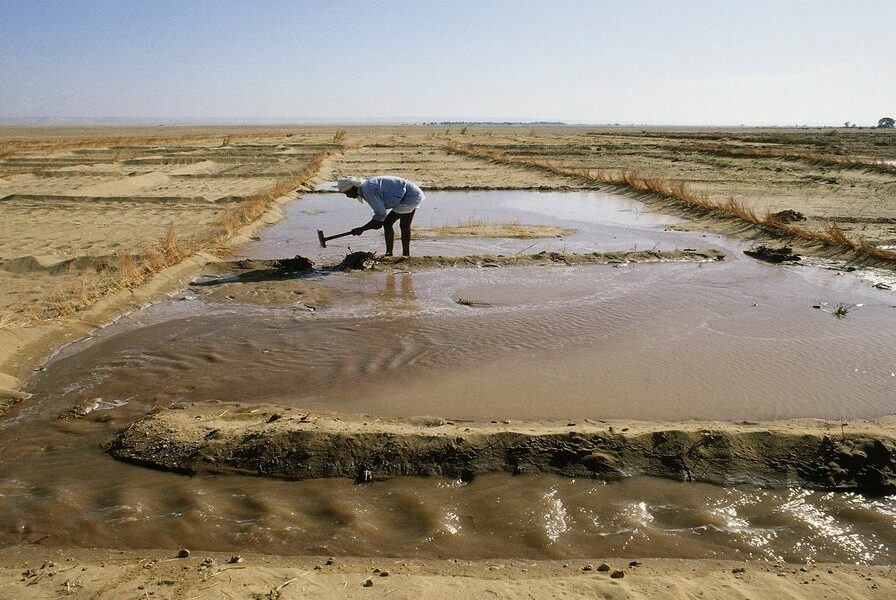 The newly appointed Egyptian Minister of Water Resources and Irrigation, Hani Swailem, said the upcoming COP27 climate summit is “an opportunity” to introduce the world to Egypt’s water poverty.

Swailem indicated that Egypt depends on boosting its cooperation with the Nile Basin countries to benefit from its resources and reduce the impact of climate change.

Egypt needs about 114 billion cubic meters of water annually to meet its needs, but the available resources amount to only 74 billion cubics, according to the Ministry of Water Resources and Irrigation.

It will help put Egypt’s problems on the global agenda and seek solutions to water poverty, said Swailem, explaining that the COP27 summit will be an opportunity to benefit from international experiences.

Ethiopia’s Prime Minister Abiy Ahmed has recently announced that his country completed the third filling of the reservoir of its Grand Ethiopian Renaissance Dam (GERD) located on the Blue Nile, the main tributary of the Nile River. This move is likely to heighten tensions with the two downstream countries, Sudan and Egypt.

The Ethiopian announcement was met with Egyptian opposition. Egyptian member of parliament Mustafa Bakri called on “parliament to give President [Abdel Fattah] al-Sisi the authority to act based on the developments in the GERD dossier in light of the third filling and the threat it poses to Egypt’s water security.”

Addis Ababa had anticipated the Egyptian reaction by sending a letter to Cairo on July 26, saying that “filling the GERD reservoir is ongoing during the current flood season.”

Egypt rejected the message and wrote to the United Nations Security Council, asking it to “interfere” after Ethiopia decided to continue to unilaterally fill the GERD reservoir. Cairo stressed that it will not tolerate any violation of its water rights and security.