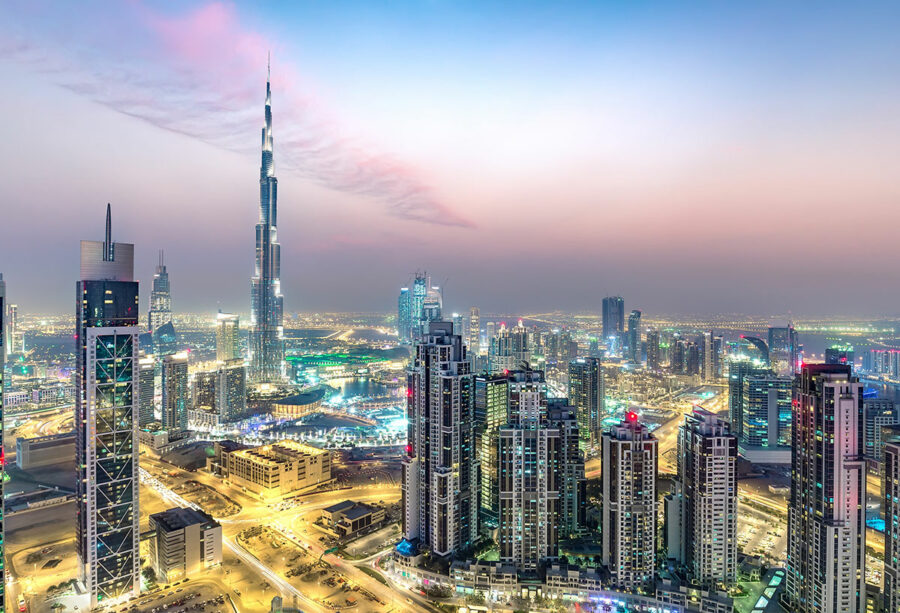 Dubai will continue its post-pandemic recovery this year, even as global growth slows and monetary policy is tightened, according to a research note released by Emirate NBD. However, the bank expected GDP growth “to slow to 4.5 percent this year from the 6.2 percent recorded in 2021.”

The study observed that GDP growth in Dubai will have started to normalize in Q2 2022. It also expected growth to slow in the second half of this year due to base effects (the distortions in relative price changes) as well as higher borrowing costs and inflation, which are likely to weigh on domestic consumption.

With the global growth outlook deteriorating, international trade is likely to slow in H2 as well.  A stronger USD could weigh on tourism in Dubai, but international passenger traffic is expected to continue to recover from the pandemic lows over the next two years, the bank noted.

Fiscal surpluses in the GCC and Dubai’s reputation as a safe haven during periods of geopolitical turmoil are likely to support investment and activity in the emirate in the coming month, the research added.

According to preliminary estimates from the Dubai Statistics Centre (DSC), Dubai’s economy grew 6.2 percent year-on-year (y/y) in 2021, faster than the rate of recovery we had expected last year.

The economy had contracted by -11.8 percent in 2020 when the most stringent Covid-19 restrictions had been in place

The fastest growing sector in 2021 was accommodation & food services (hospitality), which rebounded 38.2 percent y/y as travel and other restrictions were eased.  This was followed by real estate activities, which grew 20.1 percent y/y even as construction output contracted for the second year in a row. Findings reflect the sharp increase in the number of real estate transactions last year, which underpinned growth in the associated services industries.

A few days ago, the Statistics Centre also released Q1 2022 GDP data which showed the economy grew a robust 5.9 percent y/y at the start of this year.  Transport & storage and hospitality both posted strong double-digit growth of 40 percent and 47 percent y/y respectively off the low base of Q1 2021 when many travel restrictions were still in place. However, real estate services growth appears to have slowed sharply to 1.3 percent y/y in the first quarter of 2022.