The Central Bank of Egypt is expected to raise interest rates 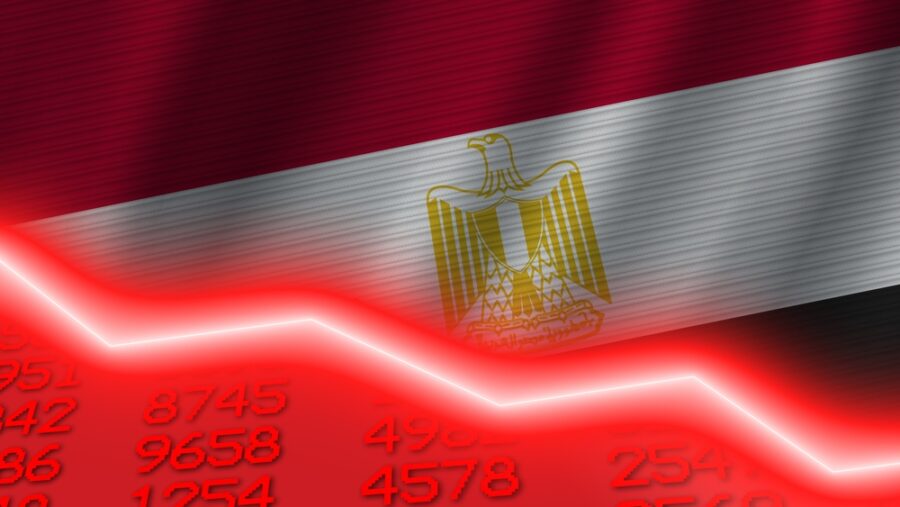 The economic situation in Egypt is in turmoil at the present stage, with internal talks about a liquidity crisis in addition to financial markets and currency crises, exacerbated by the Russian-Ukrainian war.

According to a Reuters report, foreign investors fleeing emerging markets following Russia’s invasion of Ukraine have sold around 18.68 billion Egyptian pounds or about $1.19 billion of Egyptian treasury bonds.

In fact, the investors’ positions reflect the concerns about Egypt’s current account and budget deficits and exposure to possible US Federal Reserve rate hikes.

“Fitch” Ratings expected the Central Bank of Egypt (CBE) to raise interest rates during the Monetary Policy Committee’s meeting on March 24. The latest information indicates that the CBE is likely to seek increases between 0.5% and 1.5%, for the first time since 2017.

While Egypt may require another financing program from the International Monetary Fund to meet the challenges arising from the Ukrainian war, Egypt’s Planning Minister Hala al-Said said on Monday that the country is “not yet” in discussions with the IMF over a new loan.

In addition, Fitch considers that the Russian-Ukrainian war will cast a shadow on the tourism sector in Egypt, which relies heavily on visitors from both countries, representing a third of the total number of tourists visiting the country.

Along with remittances, foreign direct investment, exports, and Suez Canal receipts, tourism is one of Egypt’s largest sources of foreign currency.

Nevertheless, the largest country in the Arab world in terms of the population may get some financial support from the Gulf Cooperation Council countries to confront this situation.

Devaluation of the Egyptian pound

Some bankers noted that investors fear a loss of value of their holdings should Egypt depreciate its currency.

This came after analysts at investment bank J.P Morgan said that a steep devaluation of Egyptian’s pound is likely to be required, and that it may need more IMF assistance if financial market pressures continue to intensify.

“We expect an FX devaluation will now likely be required,” JPMorgan said, estimating the Egyptian pound was currently more than 15% overvalued.

The financial services leader laid out several scenarios. One with no devaluation, one similar to 2014/2015 when authorities allowed the currency to depreciate by roughly 5% and another with a larger cut as part of a new IMF program.

In addition, Egypt faces high costs of importing wheat. The inflation of foodstuff is exacerbated by the rising demand ahead of the month of Ramadan.

As the world’s biggest importer of wheat, Egypt imports 80% of this commodity from Russia and Ukraine.

In this context, the Egyptian Central Bureau of Statistics announced that general inflation rose to the highest level in 34 months, reaching 8.8% in February, compared to 7.3% in the previous month.

The main factor behind this record rise is the surge in food and beverage prices by 20.1%, on top of which are vegetables, fruits, bread, and grains.

Egypt’s hard-currency sovereign bonds have also come under pressure with many longer-dated issues trading at or near record lows of 63 to 66 cents in the dollar.

The premium demanded by investors to hold Egypt’s dollar bonds over safe-haven U.S. Treasuries rose to a record high of 980 basis points.

Banning the export of 8 commodities… and the reason?

It is also expected that the Egyptian decision to stop the export of 8 basic commodities (wheat, flour, oils, corn, lentils, pasta, beans, gravel, and chickpeas) for a period of 3 months will affect the cash flow in the markets.

The decision taken by the Egyptian Minister of Trade and Industry, Neveen Gamea, falls under the state’s plan to ensure the needs of the citizens, especially basic commodities, in light of preparations for the upcoming holy month of Ramadan, during which the consumption rate doubles.

No fear of liquidity crisis in banks

The decision to increase the capital of Egyptian banks issued by the Central Bank of Egypt is considered one of the most important requirements in light of the Egyptian banking sector’s readiness to implement the “Basel 4” standards and the application of the new accounting standard “IFRS9”.