Egypt said “Fund” agreement near, but are conditions met?

The government announced refusal to lift subsidies on bread 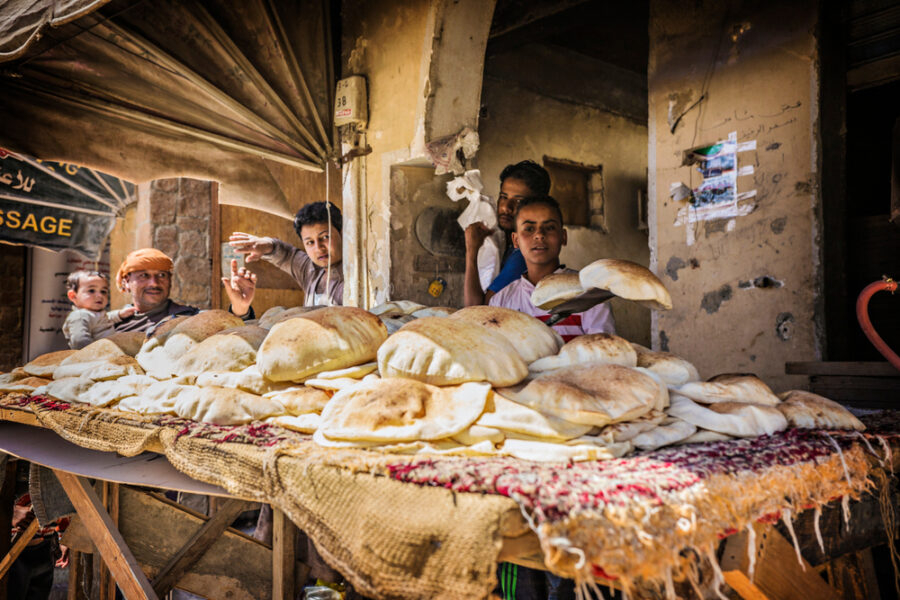 Most indicators point to Egypt inching closer to signing an agreement with the International Monetary Fund. This was explicitly stated by Prime Minister Mostafa Madbouly on Monday when he said that “the government is in the final stages regarding new financing from the IMF.”

Does that mean that Egypt implemented the “conditions” required of it before moving to the stage of final signature?

On July 27, the IMF said in a statement that “decisive progress is needed on deeper financial and structural reforms to enhance the competitiveness of the (Egyptian) economy, improve governance, and enhance its resilience in the face of shocks.” It pointed out that these measures should enhance the development of the private sector and limit the role of the state.

Egypt began negotiating with the IMF last March, following the outbreak of the Russian-Ukrainian war, which had a great impact on the Egyptian economy. It led to an increase in the prices of commodities and energy, especially oil and wheat, of which Egypt is the largest importer.

There have been many pitfalls that have hindered reaching a final agreement after months of negotiations. Government sources tell “Bloomberg” that the IMF is asking the Central Bank of Egypt to cancel all low-interest initiatives, such as loans to small and medium enterprises, the tourism sector and real estate finance.

The Fund also calls for unifying the interest rate on bank loans, in light of leaked information that in return for the application of this clause, it may show flexibility in its condition for full and sharp liberalization of the exchange rate of the Egyptian pound against the dollar, so that the reduction will be gradual as it is during the current situation.

And Moody‘s agency had expected on Tuesday that officials in the Central Bank of Egypt would go on a gradual path to devaluing the pound, instead of a sharp flotation to avoid new increases in inflation rates. It said in a report that the success of this path depends on other factors, including potential external flows and financing from the Gulf Cooperation Council countries, in addition to other factors.

One of the most important reforms advocated by the IMF is the issue of lifting subsidies. The fund usually does not favor state support, as it wastes resources.

The subsidy of bread, whose price has not moved since the eighties, is the most prominent item, and the Fund is calling for it to be raised. But the Egyptian government announced that it refuses to lift the subsidy on the loaf of bread. The Egyptian Minister of Supply Ali Al-Moselhi said on Tuesday that “the time is not appropriate to touch the bread subsidy file… and the IMF understands such matters because it is keen on maintaining (food) security and community peace so that there is no instability due to certain measures.” He explained that “Egypt has itemized an additional 23 billion Egyptian pounds ($1.2 billion) in the general budget to subsidize bread.

Does Moselhi’s statement mean that the IMF has turned a temporary blind eye to canceling subsidies, a most vital item for the Egyptians?

During his visit to Germany Last July, Egyptian President Abdel Fattah al-Sisi asked Europeans to mediate for Egypt with the IMF, to obtain a loan. He told them that the Fund should be aware that the reality in Egypt is not in a position to abide by the high current standards required (by the IMF) at this stage and not until the current (Ukraine) crisis ends.

He has not yet revealed the amount of money that Egypt will receive from the IMF. Finance Minister Mohamed Al-Mait had previously said that the required amount of support is less than $15 billion, within the framework of an expanded financing facility mechanism that has been negotiated between the two sides for months. There is information floating around that Egypt may get less than $5 billion.

But the financing gap in Egypt is about $25 billion, of which $15 billion are installments and debts due during the current year, and the rest is to cover the deficit in the balance of payments, as explained by the head of the Parliamentary Planning and Budget Committee in Egypt, Fakhri El-Feki, in a press statement published today, Wednesday.

He said that the exchange rate flexibility is being negotiated with the IMF, which is important to reach an agreement and obtain financing to bridge the financing gap, which raises Egypt’s credit rating, which in turn leads to the payment of international credit.

El-Feki pointed out that investment in Egypt represents about 16.5 percent of the gross domestic product, according to the plan and budget, compared to 18 percent before the current crisis.