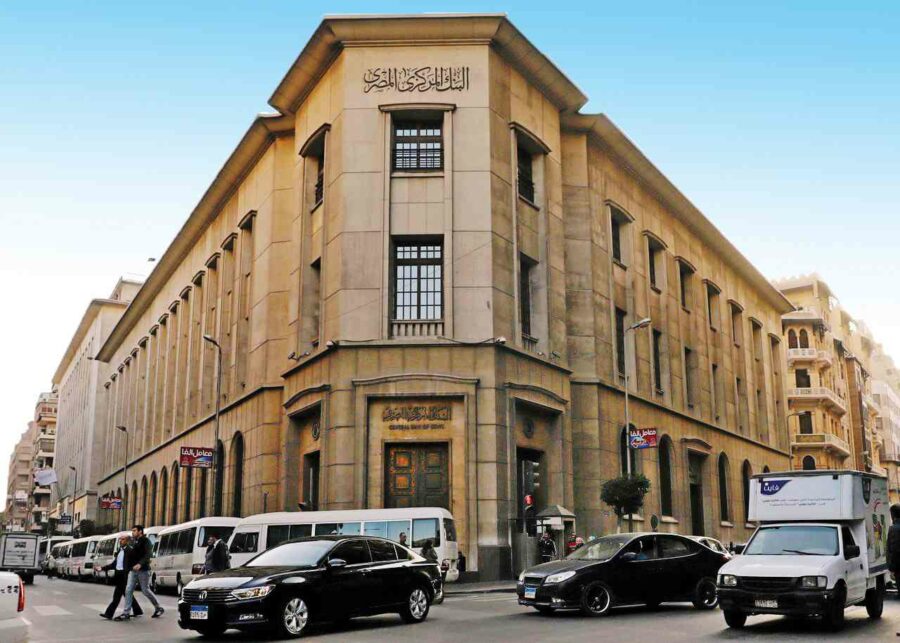 The Central Bank of Egypt

Egypt’s net foreign reserves fell to $33.375 billion at the end of June 2022, losing 5.95 percent of their value month-over-month, according to data released by the Central Bank of Egypt (CBE).

CBE’s foreign exchange reserves fell by 4.3 percent at the end of May, to $35.49 billion, from $37.12 billion at the end of April, due to the payment of approximately two billion dollars in external debt payments.

The debt included coupons for government bonds issued by the Ministry of Finance, International Monetary Fund (IMF) dues, and other financial commitments.

Thus, Egypt’s foreign exchange reserves fell by about 18.45 percent in the first six months of this year, compared to a level of $40.93 billion at the end of December 2021.

Egypt also recorded a 20 billion dollar exit of foreign investments after international investors left the local bond market, which had been attractive in recent years.

The Egyptian authorities moved quickly to secure new funds, including pledges from Gulf countries to provide more than $22 billion in investments and deposits to the Republic.

Egypt is also negotiating a new aid package with the IMF.

Moody’s warned last month of a significant decline in foreign exchange reserves, which threatens Egypt’s ability to repay its foreign debt in the near future.

According to BNP Paribas Bank’s analysis published yesterday, currency liquidity in Egypt is rapidly deteriorating. “The banking sector’s net foreign assets (commercial banks and the central bank) are very negative ($-16.6 billion in May 2022),” he said, “and significantly exceed the lowest level reached during the 2016 crisis ($-13.8 billion in October 2016).

“This deterioration is unsurprising, and the effects of the Ukraine war on commodity prices have only exacerbated an already-existing trend.” Given the recurring large current account deficits (at least $20 billion this year) and large external debt repayments (approximately $9 billion over a full year), the Egyptian economy is heavily reliant on volatile portfolio investments.

According to the analysis, “since the third quarter of 2021, foreign investors have become more risk-averse as the current account has deteriorated.” As a result, the cost of foreign currency debt has risen sharply, and foreign investment in the domestic debt market has decreased. The outbreak of the conflict in Ukraine has resulted in sharp price increases for some commodities (such as grains), of which Egypt is a major importer, as well as sales from foreign investors.

“While the situation remains sustainable in the short term (the central bank’s total foreign exchange reserves remain equivalent to about five months of goods and services imports), additional external support is required to avoid an uncontrolled depreciation of the pound,” Paribas said, referring to Egypt’s negotiations with the IMF.