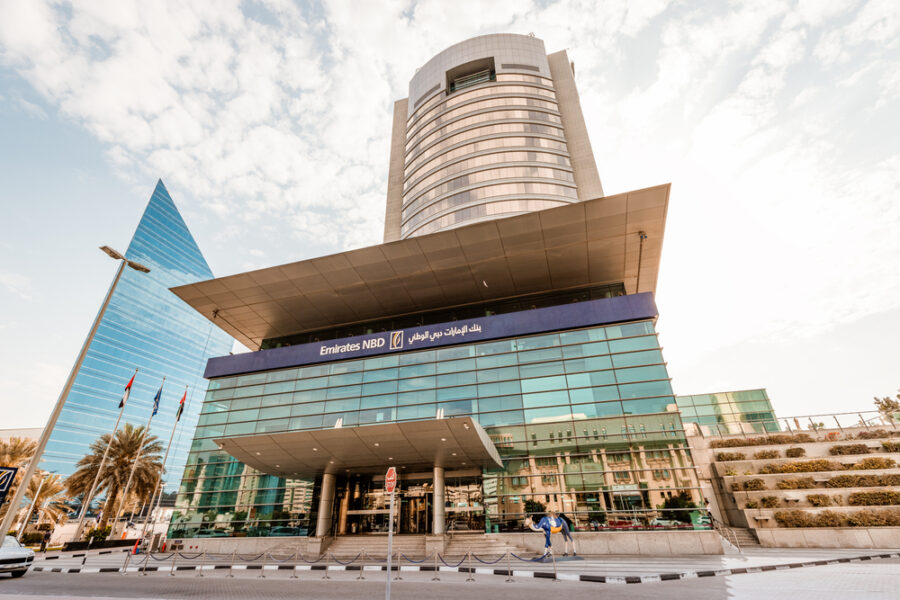 Emirates NBD Bank, the region’s largest banking group by assets, announced an 18% increase in first-quarter net profit, its highest quarterly profit since 2019, as the decline in the value of debt eased amid the country’s continued recovery from Coronavirus pandemic.

The first quarter of 2022 is a record

The bank said in a statement today to the Dubai Financial Market, where its shares are traded, that the first quarter of 2022 represents a record quarter for retail lending, the growth of deposits, and customer transactions, explaining that its quarterly net profits in the three months, until the end of March, reached 2.7 billion dirhams ($735 million), up from 2.3 billion dirhams in the same period a year ago.

In its statement, the bank said: “Credit quality across the group’s presence continues to improve with a 20% impairment loss. These results build on the momentum of economic recovery from 2021.”

With its strong profitability and balance sheet, the bank is in a very good position for when higher expected interest rates kick in. It will continue to invest in its international and digital capabilities to support further growth.

The bank expressed its pride in having “played a leading role in the IPO of the Dubai Electricity and Water Authority, providing customers with a complete digital platform from subscription to payment.”

Revenues during the period also rose 3 percent to 6.4 billion dirhams thanks to an “improved loan mix and cheaper deposits”, the bank said in the statement, with initial signs of higher rates starting to feed into profit margins.

The non-performing loan ratio increased marginally by 0.02 percent to 6.4 percent during the first quarter of 2022 with the coverage ratio strengthening to 128.5 percent, which “reflects the group’s foresighted approach to providing credit,” according to the statement.

The bank’s profits reflect the strengthening of the regional economy

According to Vice Chairman and Managing Director of Emirates NBD, Hisham Al Qassim, the bank’s profits reflect “the strengthening of the regional economy and the success of the group’s diversified business model”.

Emirates NBD Group CEO, Shane Nelson, said: “We achieved loan growth in the first quarter of 2022, which reflects the most optimistic economic outlook.”

“We increased margin guidance in light of higher interest rates. International operations contributed 37 percent of total income in the first quarter,” he added.

“These strong results, along with the positive margins outlook, enable us to invest in our international network and digital capabilities, supporting the next phase of growth.”

EGF Hermes said the bank’s earnings were “higher than our estimates as non-interest income is stronger than offsetting higher operating expenses and provisions.”

The best bank in the UAE