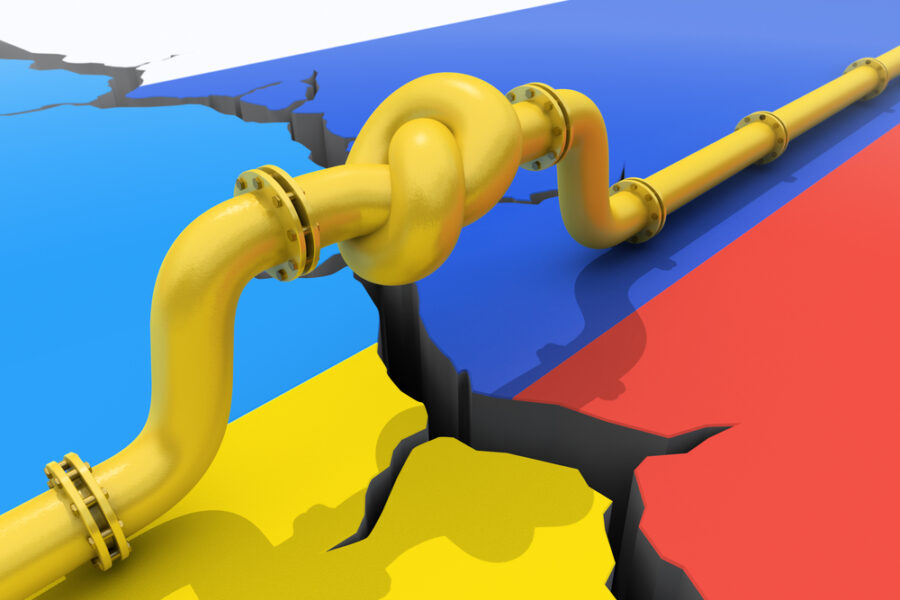 With growing fears that the Ukrainian-Russian crisis will affect supplies around the world, the price of a barrel of oil approached the $100 mark. Meanwhile, gas prices in Europe rose significantly after Germany announced the suspension of approval for the operation of the “Nord Stream 2” gas project. Gas futures rose next March to $940 per thousand cubic meters, an increase of 10 percent in one day.

The rise in oil and gas prices would further darken the outlook for the global economy, as it would lead to an increase in the already worrying inflation rates.

Russian President Vladimir Putin ordered his forces to enter the separatist lands in eastern Ukraine, declaring Russia’s recognition of the independence of two separatist regions, which led to an emergency meeting of the Security Council on Monday-Tuesday in an attempt to avoid a war with Kiev.

In 2021, Gazprom Trans shipped 64,000 tons of liquefied natural gas to Ukraine, or about 10.7 percent of all Russian supplies of that fuel to Russia’s neighbor, according to data for rail shipments in Refinitiv Eikon.

Qatar: We have no ability to fill the energy void

In view of these developments, Qatar – one of the largest LNG producers in the world – announced that it, nor any other single country, has the ability to fill the void or replace Russian gas supplies to Europe with LNG in the event of supply disruptions due to the ongoing conflict.

Russia is responsible for supplying between 30 and 40 percent of supplies to Europe, according to the Qatari Energy Minister Saad al-Kaabi. Also, “most of the liquefied natural gas is linked to long-term contracts and destinations are very clear. Therefore, making up for this amount so quickly is almost impossible.”

Al-Kaabi explained that since Qatari officials reserve most of its gas quantities in long-term contracts, mostly for Asian buyers, what they can transfer for shipment to Europe ranges between only 10 and 15 percent.

Qatar’s LNG exports declined over the past few days

Sources told Reuters that Qatar’s liquefied natural gas exports have declined over the past few days, with two of its giant trains out of action, another factor that may limit the ability to supply Europe with the surplus quantity.

Japan said earlier this month it would divert some LNG shipments to Europe, following requests from the United States and the European Union.

However, the few shipments that reached Europe, a joint venture between Japan’s JERA and France’s EDF had scheduled them, and there were no additional supplies.

Japan is also currently facing a cold wave that has depleted its liquefied natural gas stocks and is struggling to fill the shortage in stocks to meet demand, and therefore it needs more supplies.

“We haven’t seen anything concrete happening to supply yet,” said Robert Songer, LNG analyst at commodity intelligence ICIS. Their ability to help with the additional shipments is limited if Europe does not get access to Russian gas.”

German Chancellor Olaf Scholz has suspended permission to open the Nord Stream 2 gas pipeline, which aims to double the exports of Russian energy giant Gazprom, which flows from Russia directly to Germany. The Kremlin responded by expressing its regret at the German decision.

The US sanctions are aimed at harming Russia’s ability to finance its military efforts. It is targeting two state-owned banks that the United States says are essential to Russia’s defense sector. They can no longer do business in the United States or access the American financial system.