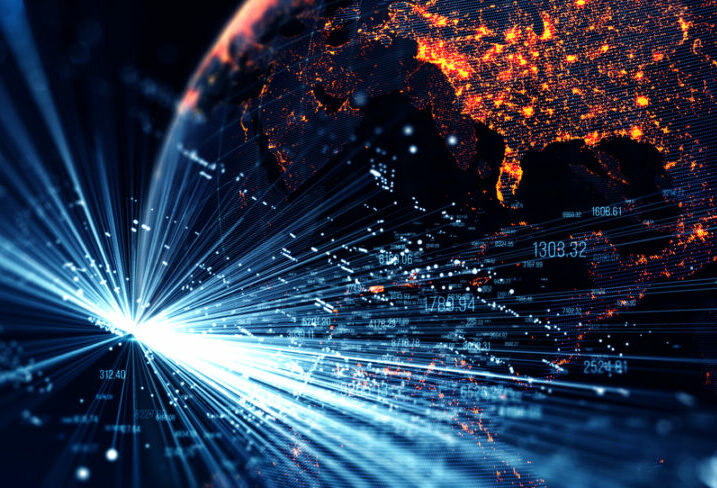 The Arab Federation of Capital Markets announced that over the previous week, US Treasury yields rose sharply to the highest levels since late 2007, in the wake of an unexpectedly hot May US inflation reading on Friday, when U.S. inflation hit a fresh 40-year high in May of 8.6%, unexpectedly accelerating in a broad advance that pressures the Federal Reserve to extend an aggressive series of interest-rate hikes and also weighing on global financial markets.

Oil prices also slipped on Friday as a rise in Covid-19 cases in Beijing subdued hopes for a rapid pick-up in China’s fuel demand, while worries about global inflation and economic growth further depressed the market.

In parallel, cryptocurrency markets have crashed to a new low when the global market capitalization has shrunk to below $1.1 trillion.

U.S. Treasury yields surged sharply on Friday, led by short-term rates, after the release of hotter-than-expected inflation data raised concern over a possible recession. The 2-year rate jumped to 3.065%, reaching its highest level since 2008, while the benchmark 10-year Treasury yield also rose sharply, trading at about 3.157%. In fact, US consumer price growth surged in May, accelerating by 1%, as rising energy and services inflation added urgency to the Federal Reserve’s plans to aggressively tighten monetary policy. The monthly rise in the consumer price index, published by the Bureau of Labor Statistics on Friday, was significantly higher than the 0.3% increase in April and above economists’ expectations of 0.7%. As such, the annual rate of inflation rose to 8.6% (from 8.3% in April), the highest level since December 1981.

In addition, U.S. Treasury yields moved higher on Thursday as investors assessed the latest move from the European Central Bank which confirmed its intention to hike interest rates at the policy meeting next month and downgraded its growth forecasts. Following the latest monetary policy meeting, the Governing Council announced it intends to raise key interest rates by 25 basis points at the July meeting. The ECB expects a further hike at the September meeting but said the scale of that increment would depend on the evolving trajectory of the medium-term inflation outlook.

In parallel, the US dollar index, which measures the greenback against six peers, was steady at 103.3 after a 0.7% gain. It has rallied 1.1% this week, which would be its biggest percentage gain since the last week of April. As such, the US dollar was at a two-week high on the euro on Friday. The euro touched $1.06 in early Asia trade, its lowest since May 23, after losing 0.92% on the dollar on Thursday. The yen could not gain any ground on the greenback, trading at 134.1 per dollar in early Asia trade Friday, around a 20-year low it has straddled recently.

U.S. stock prices plummeted Friday after the Bureau of Labor Statistics released its report. The Nasdaq Composite fell by 3.5% on Friday for a weekly dip of about 5.7%, and the S&P 500 fell by 2.9% for a weekly dip of about 5.1%. The Dow Jones Industrial Average fell 880 points, or about 2.7%, for a weekly drop of 4.6%. The declines came just two weeks after the three indexes made some gains, breaking the longest streak of weekly losses since 2001. Asian shares tracked Wall Street lower on Friday after rate hike guidance from the European Central Bank and U.S. inflation data. As such, MSCI’s broadest index of Asia-Pacific shares outside Japan fell by 1.2% in Asian trade, weighed down by drops of 1.5% in Hong Kong, 0.8% in Australia, and 1.6% in South Korea.

Oil prices fell on Friday but still hovered near three-month highs, with fears over new COVID-19 lockdown measures in Shanghai outweighing solid demand for fuels in the world’s top consumer United States and worries about global inflation and economic growth further depressed the market. In fact, Shanghai and Beijing went back on a fresh COVID-19 alert on Thursday after parts of China’s largest economic hub imposed new lockdown restrictions and the city announced a round of mass testing for millions of residents. As such, Brent crude futures was down to below U$ 122 a barrel from $124 a few days before when both benchmarks closed Wednesday at their highest since March 8, matching levels seen in 2008, mainly after oil prices extended gains on Thursday, underpinned by robust demand in the world’s top consumer United States.

The United States posted a record fall in strategic crude reserves even as commercial stocks rose last week, data from the Energy Information Administration (EIA) showed on Wednesday, indicating resilience in demand for the motor fuel during peak summer despite sky-high pump prices. Gas prices in the US hit a new record high on Sunday, climbing to a national average of US$ 5.01 for a gallon of gas. In parallel, natural gas prices surged across Europe on Thursday after a fire broke out at a key US export hub, putting further pressure on already tight global supply. UK natural gas futures surged around 33%, while benchmark Dutch gas prices rose just under 12%.

Gold edged down in early trading on Friday and was set for a weekly fall, as Treasury yields rose, with investors awaiting key monthly U.S. inflation data for signs on the future of the Federal Reserve’s monetary policy. However, in volatile trading on Friday, gold prices bounced back as focus turned to economic risks after elevated U.S. inflation readings boosted bets for aggressive interest rate hikes. Accordingly, gold prices have been remarkably resilient given rate hiking expectations, on concerns that inflation may outpace rate hikes. As such, spot gold to $1,875 per ounce, from around $1,825 per ounce, its lowest since May 19.

On another note, Bitcoin continued its selloff as part of broader declines in cryptocurrencies after a sharp rise in US inflation triggered risk-off sentiment. The world’s largest digital token tumbled to $25,366 at an 18-month low. On the other hand, Ether, the coin linked to the Ethereum blockchain and the second-largest cryptocurrency, fell nearly to its 15-month low to $1,340. Traders are boosting bets for a more aggressive pace of Federal Reserve tightening after data Friday showed US inflation jumped to a fresh 40-year high in May, which triggered a selloff in risk assets including crypto and stocks.