How to invest in crypto without buying coins

You don’t have to own cryptos to profit from them. 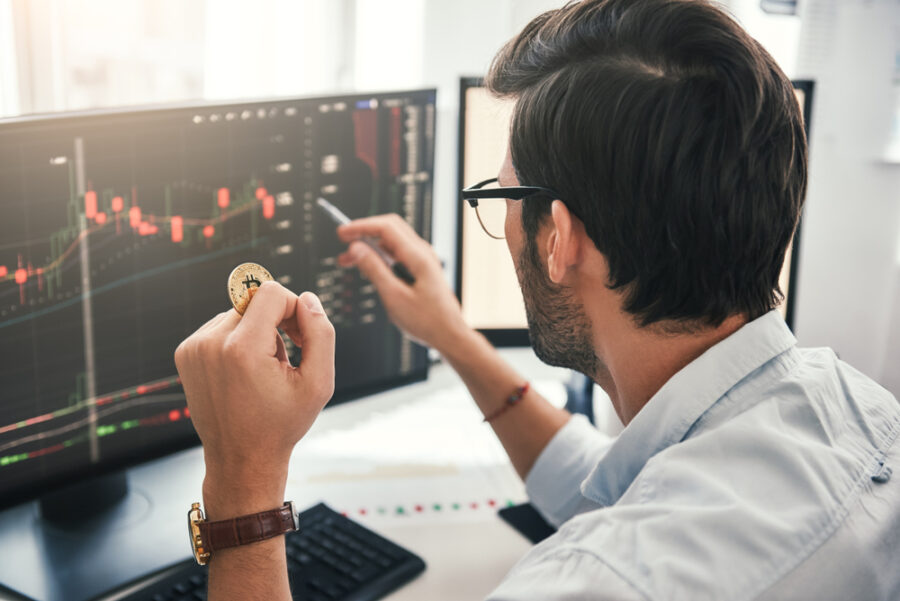 Even if it wasn’t for the recent market downturn, investing in cryptocurrencies needs to be backed by thorough research, and shouldn’t be undertaken by anyone not familiar with cryptos, and their characteristics.

Due to this, many retail investors choose to take an indirect approach to get investment exposure to crypto. Instead of buying coins and tokens, a popular option is to purchase stock in a company that has a financial stake in the future of cryptos, or its underlying blockchain technology.

There’s an increasing number of companies that help facilitate and support the cryptocurrency economy, as well as the blockchain network.

One of the most prominent companies that support cryptos is electric vehicle giant Tesla, which holds a good chunk of the digital currency in its books. Tesla’s Bitcoin holdings are valued at about $1.26 billion, and the company also accepts Dogecoin as payment for some merchandise on its website. In fact, Tesla’s CEO, Elon Musk, is gung-ho about cryptos and has admitted to holding several cryptos in his personal portfolio as well.

Another option is Coinbase, which is one of the largest cryptocurrency exchanges in the world, with a presence in over a hundred countries. The company went public in April 2021. Then there’s Block, formerly known as Square, whose CEO Jack Dorsey is another prominent supporter of cryptos in general, and Bitcoin in particular.

Data analytics firm MicroStrategy is heralded as one of the first publicly traded companies to include a significant amount of cryptos in its portfolio, and as of April 2022, it holds 129,218 bitcoins worth several billion dollars.

All these companies have included a significant amount of cryptos to their portfolios, so much so that major swings in the crypto market usually have a bearing on their stock as well.

Besides these companies, there are several others that have made cryptos and blockchain their business. Examples of these companies include Marathon Digital Holdings, Riot Blockchain, and Bitfarms, all of which run several crypto mining data centers in North America and elsewhere.

Talking about crypto mining, Nvidia, which has announced a line of GPUs (graphics processing units) specifically for crypto mining, can also be thought of as a company that has a stake in the success of cryptos.

If you aren’t interested in cryptocurrencies, you can look at investing in companies that are generally looking to explore blockchain technology, which in addition to the digital currency, can be used for a variety of other purposes. These include several bluechip companies such as IBM, Baidu, Silvergate Capital, BNP Paribas, VMware, and more.

Furthermore, Dubai is one of the several countries that offers exposure to cryptos and blockchain through an exchange-traded fund (ETF). The Canadian digital-asset manager 3iQ’s bitcoin ETF listed in NasDaq Dubai last year gives investors an option to own bitcoins without actually buying the crypto.