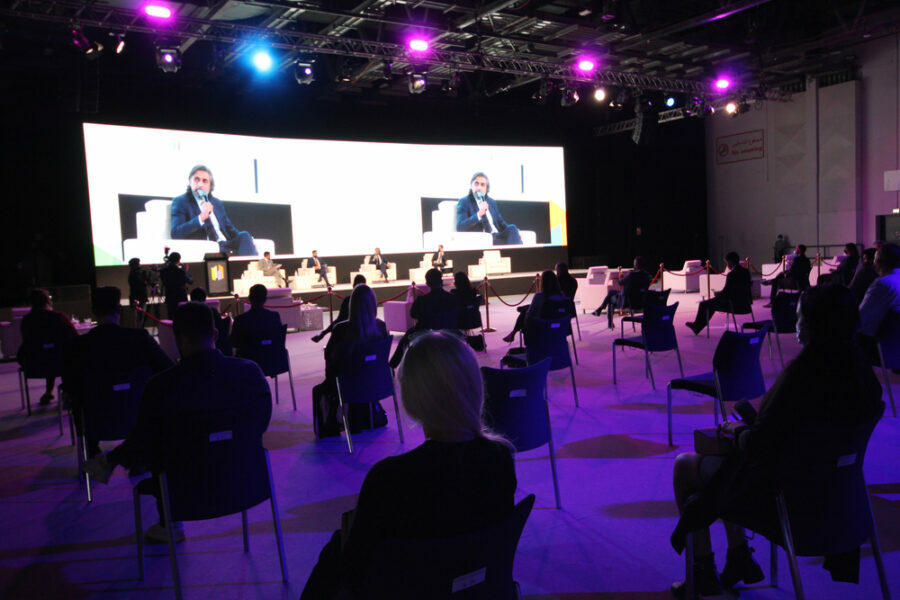 The World Government Summit (WGS) will organize the first edition of the Investopia Investment Summit, as part of the efforts to launch creative ideas that would boost global investments.

More than 50 idea pioneers and change-makers in the world, 300 decision-makers in governments, investors, entrepreneurs in the private sector, experts, specialists and academics will gather at Expo 2020 Dubai to launch 100 innovative ideas and new business opportunities in the world, the region, and the United Arab Emirates.

The Summit will host 20 dialogue sessions to discuss the global geo-economic scene and the impact of its current changes on investments.

It will discuss significant economical topics like the prospects and trends of the global investments until 2025, the current major economic transformations, and their impact on investors, such as space investment, food security and the future of globalization, agricultural technology, health and preventive care technology, and the current trends of reshaping globalization.

A prominent strategic project announced by the UAE

Investopia Summit is one of the UAE’s most prominent strategic projects within the first set of the Projects of the 50. It is expected to strengthen the flow of inward investments. Also, it will help attract 550 billion dirhams worth of FDI into the UAE by 2030, and 1 trillion dirhams by 2050.

Abdullah bin Touq Al Marri, Minister of Economy, said, “The world is currently witnessing unprecedented challenges that are playing a greater role than ever in directing the global economy, leaving its impact on trade and investments. He added that this is going to be a major discussion during the Summit, with over 20-panel discussions and workshops, according to WAM.

The Metaverse will be part of discussions

“The Metaverse and its impact on the future of business will also be one of the major topics that will be discussed during the Summit, especially new business and investment opportunities this virtual world could bring to investors in different areas such as goods and services.”

Bin Touq further noted, “Investopia Summit will also shed light on the quick developments in the world regarding the cryptocurrency market, which encouraged banks to invest in the next generation of financial technology.

“Investing in space will be among the main topics on the Summit’s agenda, in addition to space tourism, and relevant future of technologies.”

“The UAE leadership’s wise vision has always been based on creating an efficient, strong, and progressive economy, which was also reflected in the ‘Principles of the 50,” Bin Touq noted. Furthermore, “The first edition of Investopia Summit simplifies identifying global opportunities in vital sectors and facilitates open dialogue in the global investment community,” he added.

Investopia Summit will also discuss other global challenges, such as agriculture technologies and the opportunities it brings in the light of the global food changes and the concerns about food security. It will also explore how investors can utilize advanced technologies in the health sector, especially since artificial intelligence is accelerating scientific and health solutions, forming a new way on healthcare, which eventually will help prevent and treat diseases.

The Summit’s agenda will include workshops that will discuss other topics on environmental sustainability and governance and promoting women’s participation in economic growth.