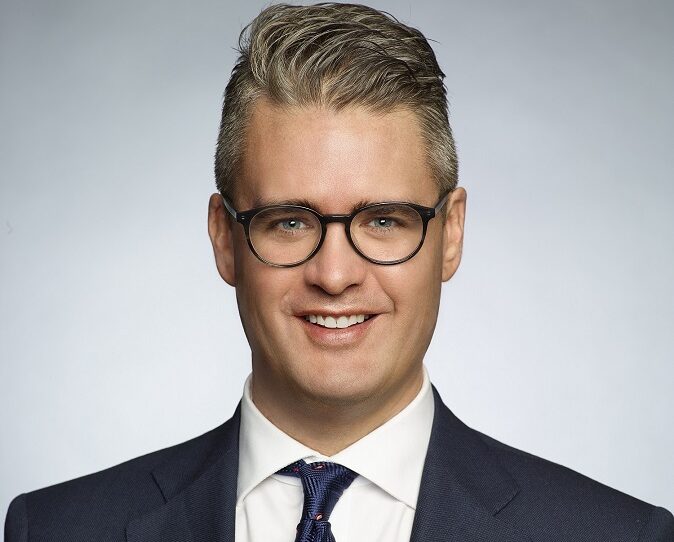 Steven Rees, Head of Investments for the Middle East and North Africa at JP Morgan Private Bank, advises investors to diversify their portfolios in this volatile period, based on the rule that “you should not put all your eggs in one basket.”

He believes that there is a new urgent need to diversify into other energy sources for reasons of security and sovereignty, and points out that JPMorgan’s forecast for oil prices is $85 a barrel ($80-90) by the end of 2022, but with an average of $110 in the second quarter.

He also warns that the risks of inflation in the near term are very real, “and it seems that price hikes are inevitable.”

Economy Middle East conducted an exclusive interview with Mr. Rees, where we asked the following questions

1- These are unstable times- Besides diversification, what does JP Morgan tell its clients to do with their investment portfolios?

Global markets have had many ups and downs since the beginning of 2022. The different dynamics seen in inflation, central bank policy, and geopolitics may keep markets volatile for the foreseeable future.

For most investors, volatility isn’t fun. Investor sentiment has slumped to notably pessimistic levels, so it’s no wonder more questions are heard about whether it’s time to “get out” of the market, or at least hold onto excess cash until the storm passes.

According to our analysts, the short answer: It’s not! In fact, for most long-term investors, it’s probably actually the time to stay (or get) invested.

2- If you were to advise a client to invest, where would these opportunities lie? And if to divest, where, if any?

“You should never put all your eggs in one basket.” We believe this is the golden rule of investing for the long run. The idea is that a diverse portfolio can help mitigate losses in the event of a market downturn.

To be clear, a diverse portfolio won’t keep up, with one comprising all equities when the stock market is rising. But this concept is all about mitigating the downside. By helping investors avoid the full brunt of market downturns, diversification has historically helped a portfolio’s value recover sooner, and smooths out the ride along the way.

Given that investors are human, and humans are emotional beings, this has more value than people might think.

3- How does JP Morgan see the impact of the Russian-Ukrainian war on the world’s financial markets and emerging markets, if such war extends to many more months maybe more?

The conflict in Ukraine has finally woken up European countries to their reliance on Russian oil and gas. There’s a new urgency to diversify into other energy sources for security and sovereignty reasons, as Putin threatens to cut off supplies should Europe interfere. While the US is leading the embargo on Russian fossil fuels, it is harder for Europe to reduce its imports. Gas represents 20% of Europe’s total energy mix, with 40% of it coming from Russia. In some countries further east, the reliance on Russia for gas supplies grows to 60% in Germany and even 100% in the Baltic States. But the tide seems to be finally turning – the Nordstream 2 pipeline has been abandoned. Geopolitical and environmental priorities are aligning, which can be a catalyst for green energy.

Efforts to reduce Europe’s dependence on Russian energy are already underway. Notably, the US is working on a plan to supply up to 15 billion additional cubic meters of liquefied natural gas by the end of 2022, which would replace almost a quarter of the total currently imported from Russia. This shift should help to ensure the security of supply in the short term and achieve the same goal as sanctions.

4- You previously expected the price of a barrel of oil to reach 185 dollars at the end of 2022. Do you still agree with this estimation?

Our view is $85/bbl ($80-90) by year-end 2022 (but averaging $110 in the second quarter). Russia’s impact on global commodity balances is far-reaching. Russian exports account for 8% of global oil production. The risk that these supplies are disrupted (either in the near-term or longer-term) saw us up our year-end outlook range by $10/bbl to $80-90/bbl last month.

Crude prices could average $110/bbl through Q2, or even higher if an Iranian nuclear deal doesn’t bring additional supply back online, as we expect. Though we ultimately see prices normalizing we see our outlook range as a medium-term support level for prices, which we see structurally higher in the post-COVID world than in the prior cycle.

US shale producers have a lower sensitivity to oil prices than they did pre-COVID; global inventories are already at the lowest level of the past 5 years; and OPEC spare capacity has come down considerably over the past year.

Bearish risks include de-escalation in Ukraine and a pick-up in production from the US. Bullish risks center around a disruption in Russian energy exports or OPEC+ adding back capacity less than expected.

5- The Federal Reserve raised interest rates, and many countries whose currency is pegged to the Dollar followed suit. Do you expect this measure to contribute to containing inflation rates in the region?

The Federal Reserve has been the market’s strong, steadfast ally since the start of the coronavirus crisis in early 2020. But now inflation is forcing a big shift in policy, and stock markets are feeling the strain.

We think the economy and risk assets could power through higher policy interest rates through 2022.

The Fed will be more aggressive in 2022—there’s no getting around it. Markets will likely be more volatile. But as we assess the current environment, we think inflation can retreat to more tolerable levels before the Fed causes an economic downturn.

6- Stagflation is not something Gulf states face today or will face tomorrow. Do you agree? Why or why not?

Stagnation isn’t our base case, but the risk is rising. The risks are highest for Europe in the near term given the Ukraine conflict, while U.S. growth also looks likely to slow, trade and financial linkages from the war are smaller, presenting a comparatively more modest contagion risk. Rather, the Fed and its swift rate hiking path is the larger risk for the U.S. economy looking into the year ahead.

7- How can countries balance between curbing inflation and facing the repercussions of the war, i.e. high commodity prices?

Skyrocketing oil prices are adding to already record-high inflation and threatening a global growth slowdown. The moves have drawn comparisons to the 1970s when the economy and markets were plagued by widespread food and energy shortages, soaring interest rates, and a lingering selloff.

The rise in commodity prices is particularly problematic for Europe. Energy had already accounted for half of the region’s rise in consumer prices in 2021, and it sources 20% of its energy consumption from Russia.

In the U.S., while expectations for near-term inflation have rocketed, longer-dated measures remain more reasonable. For instance, American consumers expect inflation over the next three years to be notably lower vs. one year ahead. This suggests that they believe they can weather the storm of higher prices—a prescient point for those worried about a wage-price spiral.

The near-term inflation risk is very real and higher prices seem inevitable—but the danger of this threat comes down to how high oil prices spike and how long they stay elevated for. In particular, we’ll be watching for any signs of long-term inflation expectations de-anchoring.

8- Can Gulf consumers feel the effect of high oil prices or will local government resort to subsidizing any increases at the pump?

Oil prices have become headlines in newspapers around the world, from the United States to China. This is certainly not news.

But what’s new, or at least what should be new, is the impact of these oil prices on the Gulf economy if prices remain as high as last year.

As oil prices begin to affect not only the US economy but growth hotspots such as China and India, uncertainty is rising in the Gulf region.

Investors who are driving Dubai’s scorching property market come from the UK, Europe, and the US, as well as from around the Gulf.

An economic slowdown half a world away has the potential to begin applying the brakes as investors retrench and look to dump their money into the most secure investments possible.