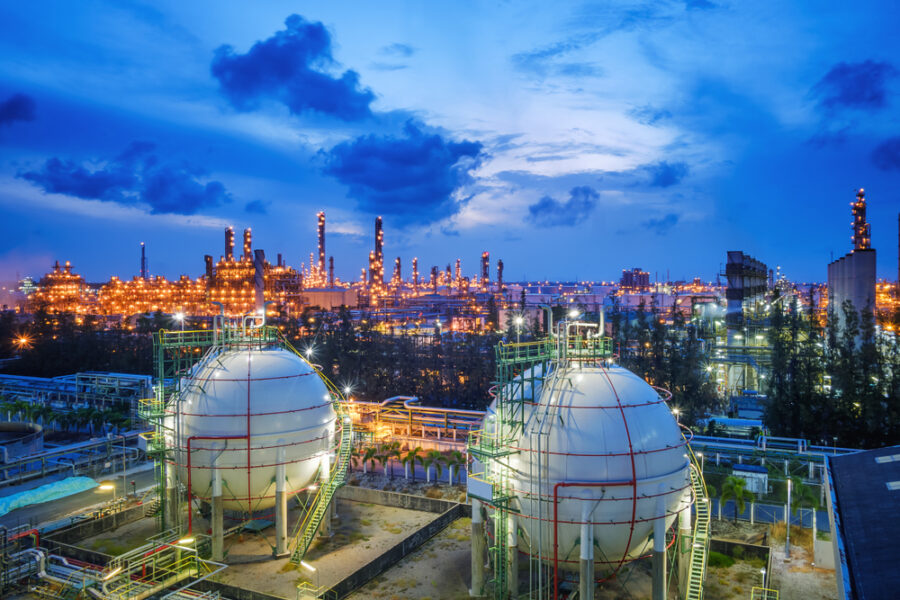 With the EU starting to open new doors to meet its demand for oil derivatives, especially gas, and subsequently reduce its dependence on Russia, Slovenia intends to start talks with Qatar on importing oil and gas, as a Slovenian delegation is scheduled to visit Doha next week to discuss potential energy supplies.

This development comes days after the EU unveiled a plan to phase out Russian oil with the escalation of the military conflict between Russia and Ukraine so that it becomes independent of Russian fossil fuels before 2030.

It also comes after the inauguration of the Emir of Qatar, Sheikh Tamim bin Hamad, a new project to increase its exports of liquefied natural gas (LNG), with investments of about 11 billion dollars, aiming to strengthen the country’s position as the largest supplier of LNG in the world. The project’s production of liquefied gas is expected to increase the exports of Qatar, already the world’s largest exporter, by about 10 million tons annually.

The major investments announced by Doha in this field prompted Standard & Poor’s Global to say that Qatar could play an important role in European governments’ plans to dispense with Russian oil and gas by 2030, and the country could compensate Europe for 13 percent of Russian gas.

Slovenian Minister of Infrastructure Jerni Vertovic explains in a statement to local television that the country “has enough oil in its commodity reserves. The most worrying thing is the imposition of a ban on Russian oil. This means that crude oil must be imported from other countries. Therefore, we urgently need to diversify oil supplies.”

On March 15, the Slovenian government set a 30-day ceiling on gasoline and diesel retail prices to contain the increase at the pump due to the turmoil in oil markets and the large fluctuations in prices.

The European Commission’s plan aims by 2030 to make the EU independent of Russian fossil fuels, and this by diversifying supplies and replacing natural gas with renewable gas.

The plan is based on two pillars: The first is to diversify gas supplies, by increasing imports of LNG and pipelines from non-Russian suppliers and increasing production and imports of renewables.

The second is to accelerate the reduction of fossil fuel use in homes, buildings, industry, and energy systems, by enhancing energy efficiency, increasing renewable energy sources and electrification, and addressing infrastructure bottlenecks.

In the list of countries that can replace Russian oil, there are the US, Norway, Qatar, Azerbaijan, Algeria, Egypt, and others.

Commenting on the European plan, “Standard & Poor’s” saw that Qatar, as one of the largest producers of LNG in the world, is a clear candidate to achieve European goals.

In a report seen by Economy Middle East, it stated that Qatar Energy could, in the short term, divert a small part of its production of LNG to help fill some of the EU shortfalls in the event Russian gas imports to the EU and the UK declined significantly, or to support the efforts of EU countries to diversify their gas sources.

The report said: “We understand that approximately 80 percent of Qatar’s LNG sales are via long-term contracts, predominantly with Asian buyers. According to public statements by Qatar’s Minister of Energy, about 10-15 percent of Qatar’s exports are via long-term contracts. Qatari gas is transferable and could hypothetically be shipped to Europe. We estimate this at around 21 billion cubic meters (15.4 million metric tons per year), assuming that Qatar’s current LNG capacity is 106 billion cubic meters (77 million tons per year). 13 percent of gas supplies to the EU and the UK are from Russia.”

Standard & Poor’s concluded its report that Qatari support can enhance its reputation as a reliable strategic partner for the EU. Qatar Energy could also benefit from diversifying gas export destinations and creating a market for the massive increase in gas production in the North Field due to be introduced in 2027. Although there are other LNG exporters that could help fill the gap (such as Australia and the United States), However, Qatar’s relative proximity to Europe and low production costs provide a competitive advantage over other service providers.