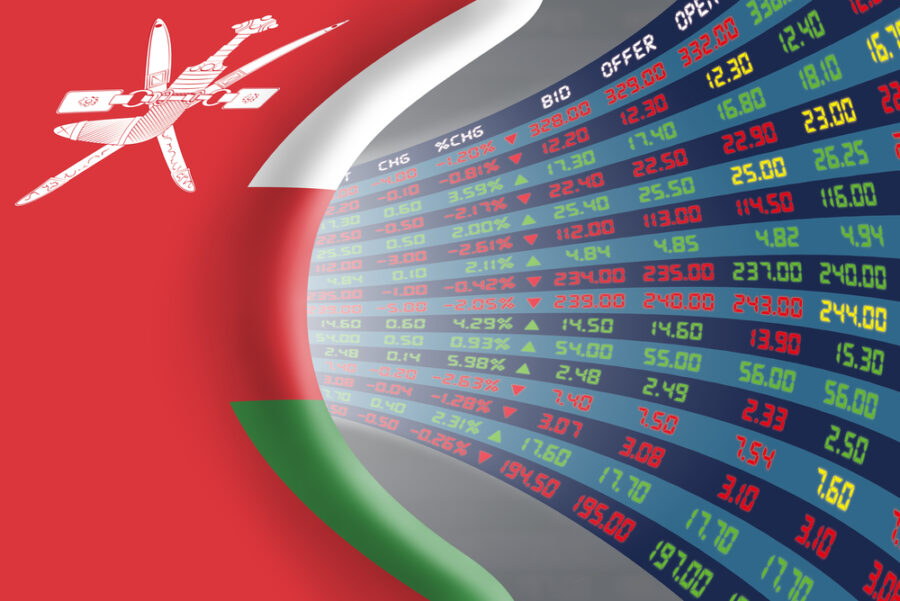 Reuters reported that a number of state companies will list on the Omani stock market this year, as the bourse seeks an upgrade from frontier to emerging market status.

The listing of state-owned companies aims at enhancing liquidity and paving the way for more attractive private sector investments.

This comes on the heels of a collaboration between Saudi Arabia and Oman that plans to inject around $150 million into SMEs in Oman.

The Saudi Fund for Development has signed three MOUs with the Omani Ministry of Finance to propel the advancement of these projects, according to the Saudi Press Agency.

The Muscat stock exchange (MSX) will see more than 200 listings. Many will target the logistics and oil sectors for listings during the second half of 2022, CEO of the bourse, Haitham Al Salmi said.

The new listings will help diversify the bourse’s offering, currently mostly geared to the financial sector.

In June 2021, MSX announced the appointment of Haitham bin Salem Al-Salmi as its new CEO.

He previously served as the GM of Muscat Clearing and Depository Company (MCD), and arrived having 18 years of experience in the capital markets sector.

He worked in close collaboration with regulatory authorities, investment institutions, listed companies, and mediators and took the lead at MSX at a time when the Omani exchange began transforming from a government-owned entity into a closed joint-stock company operating under the umbrella of Oman Investment Authority (OIA).

Al-Salmi was entrusted with plans to develop the securities sector and its role in the economic development of Oman and create diversified investment opportunities for local and international investors.

The memo aims to provide a dual listing, activate the role of fintech, and share research and data between the two institutions.

This year, MSX hopes to upgrade from a frontier stock market to emerging market status.

This can be achieved if listed shares enjoy high liquidity and the participation of foreign investors is facilitated by including trading features such as short selling, lending, and borrowing of securities.

The Oman Investment Authority (OIA) has reportedly agreed to list a number of government companies in 2022 in preparation to transform the stock exchange into a public joint-stock company.

By October 2021, MSX recorded over 11 percent gains thanks to better oil prices and a favorable economic outlook. It ranked as the second best performing regional market for October 2021.

The benchmark MSX30 index was up 3.4 percent that month following 3 consecutive months of declines, according to a GCC market monthly report by Kuwait-based Kamco Investment.

Kuwait was the top-performing market in the GCC that October with a gain of 3.5 percent.