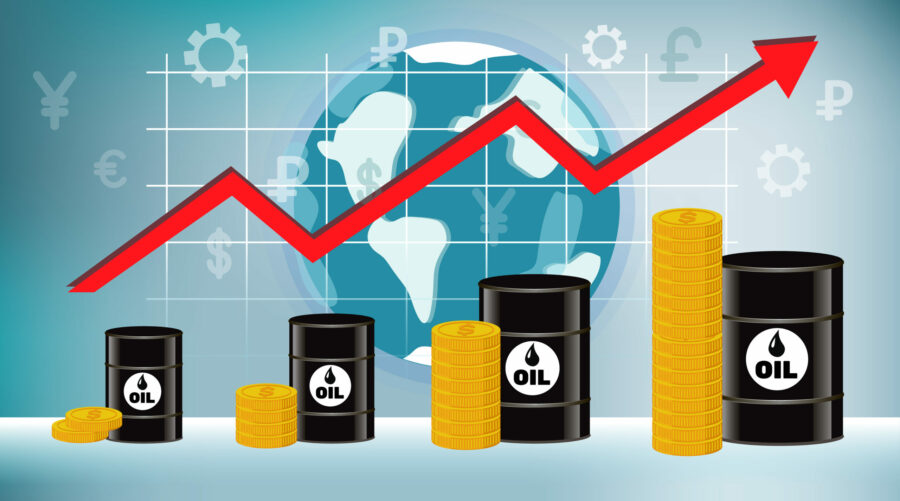 Oil prices jumped $3 on Monday, with Brent above $110 a barrel, as European Union nations consider joining the United States in a Russian oil embargo, while a weekend attack on Saudi oil facilities caused jitters.

Prices moved higher ahead of talks this week between European Union governments and U.S. President Joe Biden for a series of summits that aim to harden the West’s response to Moscow over its invasion of Ukraine. EU governments will consider whether to impose an oil embargo on Russia, early on Monday.

Ukraine’s deputy prime minister, Iryna Vershchuk, said there was no chance the country’s forces would surrender in the besieged eastern port city of Mariupol. With little sign of the conflict easing, the focus returned to whether the market would be able to replace Russian barrels hit by sanctions.

“A Houthi attack on a Saudi energy terminal, warnings of a structural shortfall in production from OPEC, and a potential European Union oil embargo on Russia have seen oil prices jump in Asia,” OANDA’s senior analyst Jeffrey Halley said in a note. “Even if the Ukraine war ends tomorrow, the world will face a structural energy deficit, thanks to Russian sanctions.”

The latest report from the Organization of the Petroleum Exporting Countries and allies including Russia, together called OPEC+, showed some producers are still falling short of their agreed supply quotas.