The coalition sticks to plan to accelerate increase in oil production 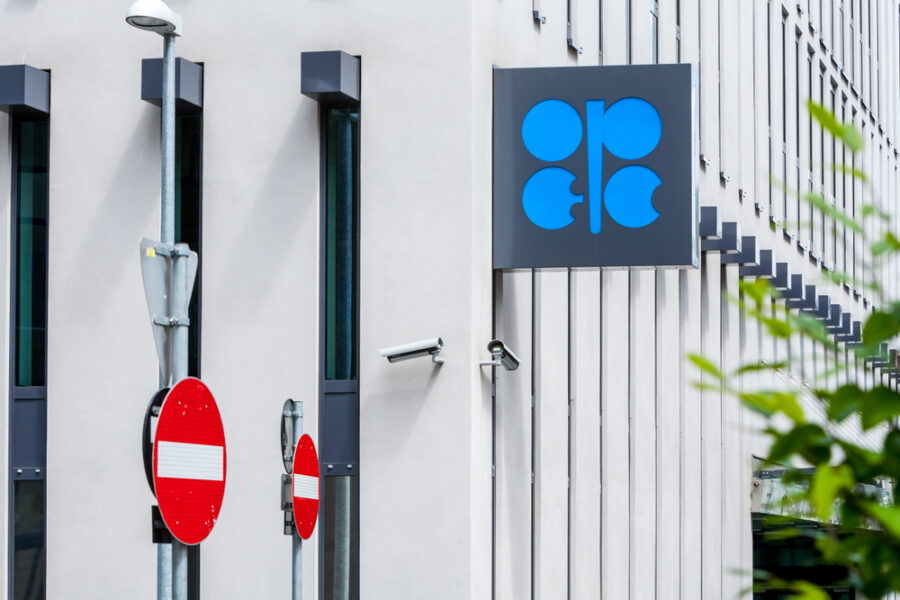 On the thirtieth of this month, the Organization of Petroleum Exporting Countries (OPEC) and its allies within the framework of the “OPEC +” alliance will hold its meeting, at a time when oil is heading to record its first monthly loss in 2022 with increasing fears of a recession.

Available indications are that the alliance, which also includes Russia, will adhere to the plan to accelerate the increase in oil production in August.

And “OPEC +” announced, at its previous meeting, on the 2nd of this June, a greater increase than expected in its production this summer, in an attempt to limit the rise in prices. It was agreed to adjust July production with an increase of 648,000 barrels per day, and by the same amount in August, instead of 432,000 barrels that had been set in previous months.

The “OPEC +” meeting comes before an upcoming visit to the region by US President Joe Biden, who is putting pressure on the alliance to increase production, and who himself is suffering from internal pressures due to the unprecedented rise in inflation rates in the US and the increase in fuel prices.

Why did oil prices fall?

Oil prices have been on an upward trend since last year, and have jumped to very high levels following the start of the Russo-Ukrainian war.

However, as of the end of May, Brent crude will record declines from more than $120 a barrel to about $109, which means a decrease of about 10 percent. The same thing was recorded in the futures contracts for West Texas Intermediate crude.

What prompted this decline despite the continued scarcity of supply? The main reason for this may be the Federal Reserve, which chose to “track” inflation, albeit in light of the risks of an economic recession, and this facilitates its way into lower oil prices.

On Wednesday, Federal Reserve Chairman Jerome Powell told lawmakers that the central bank was determined to bring down inflation, despite acknowledging the possibility of a recession. A “soft landing”, where policy is tightened without harsh economic conditions such as a recession, will be difficult, he said.

The case of the Federal Reserve is similar to the case of the central banks in most countries of the world who are also facing the dilemma of inflation and forcing them to take the path of increasing interest rates in an attempt to curb it, which could damage the demand for basic commodities. Under these measures, the chances of a recession are increasing.

While oil jumped to around $140 a barrel after the start of the Russia-Ukrainian war in February, Brent crude has fallen to $107 a barrel this month as investors worry about the economic slowdown.

Putin and the economic war

And Russian President Vladimir Putin’s expansion of the war from a battlefield war in Ukraine to an economic war in Europe may be an additional reason for falling prices.

Russia has limited its gas supplies to Europe via the Nord Stream 1 pipeline and reduced flows to Italy. And it cut gas supplies to Finland, Poland, Bulgaria, Denmark’s Ørsted, the Dutch company “Tra Gas” and the energy giant “Shell” from their German contracts, due to the dispute over the payment of gas purchases against the ruble currency.

These measures have raised fears of a difficult winter in Europe, at a time when authorities in the region are now scrambling to fill their underground storage with natural gas supplies.

The demand outlook for China, the world’s largest oil consumer, is also uncertain. It has been slowly reopening parts of the country that were recently closed due to the sudden rise in coronavirus cases.

It is not clear how quickly Chinese companies will be able to recover from these restrictions on economic activity.

Standard & Poor’s sees at this point that the extent of the recovery and reopening will have an impact on oil demand, but this uncertainty “prevented the price of oil from rising.”

Many investors are talking about a scenario in which oil prices will fall by another 25 percent by the end of the year.

And options for Brent crude futures show that traders are beginning to ramp up their bets that today’s price of around $100 a barrel may not hold until the end of the year, as higher interest rates slow demand for anything from crude oil, to gasoline and jet fuel.