Washington: A step in the right direction 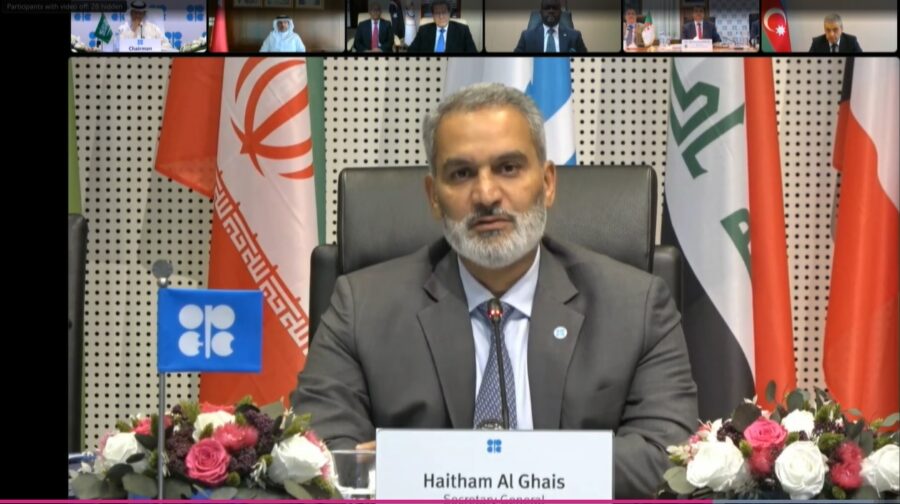 What comes after the decision of the “OPEC +” alliance to increase production by 100,000 barrels per day for the month of September? The picture is blurry. But the sentence used by the coalition in its final statement summarizes the future of the oil sector, when it said that there is a need for more investment in the exploration and production sector.

“The meeting highlighted with particular concern that insufficient upstream investment will affect the availability of sufficient supply in time to meet the increased demand beyond 2023 from non-OPEC oil producing countries, some OPEC member countries and non-OPEC oil producing countries,” according to the text of the final statement of the meeting of the alliance, which includes the countries of the Organization of the Petroleum Exporting Countries and its allies, including Russia, according to the verbatim statement.

Thus, the meeting aimed to send a clear message that other countries need to increase oil investment in exploration and production.

This was reported by Saudi officials during US President Joe Biden’s visit to Saudi Arabia in mid-July, when they stressed that all oil producers – including producers outside “OPEC +” such as the United States – have a joint responsibility to invest the money needed to maintain enough supplies.

At the same time, the meeting showed goodwill by approving an increase in production for the month of September, knowing that it is unlikely to make much a difference in a world that consumes about 100 million barrels of oil per day.

Many OPEC+ members – including Russia – have been producing less than their quotas. While both Saudi Arabia and the UAE have spare capacity.

However, “OPEC +” was clear when it announced that this spare capacity would not be used easily, despite appeals from consuming countries to increase supply and reduce prices.

The statement issued by the Secretariat said that “the meeting indicated that the very limited availability of spare capacity necessitates that it be used with great caution in response to severe supply disruptions.”

With this decision, the alliance has proven that it is cohesive and that it deals carefully with Russia, whose interests conflict with those of Washington. The statement stressed “the importance of maintaining understanding, which is necessary for the cohesion of the alliance.”

It is clear that the decision to increase production by 100,000 barrels per day suits Russia, which is not interested in a significant growth in oil flows in the world market, for the simple reason that it wants prices to remain high, allowing it to continue to offer significant discounts on the volumes of its exports.

For its part, the US, which was expecting a higher increase after US President Joe Biden’s visit to Saudi Arabia in the middle of last month, did not criticize the “OPEC +” decision, but on the contrary wanted to market it in a positive way.

“It is a step in the right direction,” said Amos Hochstein, the US State Department’s energy adviser, in a statement to CNN, noting that oil prices had already fallen and that the administration wanted to see them drop further.

Hochstein avoided answering the question of whether the increase was large enough to move prices. “Our main focus is not on the number of barrels. Our main focus is on lowering prices…There I think we are in a decent position, and we will continue to work to bring them down,” he said.

In parallel to yesterday’s developments, the direct accusation by the United Nations Secretary-General Antonio Guterres against oil and gas companies of making “excessive” profits as a result of the energy crisis was remarkable.

The companies “BP”, “ExxonMobil”, “Chevron” and “Shell” announced last week huge profits in the second quarter. This is what Guterres described as “immoral”, and comes “at the expense of the poorest peoples and societies, and at an enormous cost to the climate.”

Guterres pointed out that the total profits of the major energy companies in the first quarter of the year amounted to nearly $100 billion. He urged governments to “tax these excessive profits and use the money to support the most vulnerable in these difficult times”.

“I also urge people everywhere to send a clear message to the fossil fuel industry and its financiers that this hideous greed is punishing the poorest and most vulnerable, while our one common home is destroying the planet,” he added.