What if Russia is isolated from the “Swift” system?

Russia 2nd to US in terms of Swift users 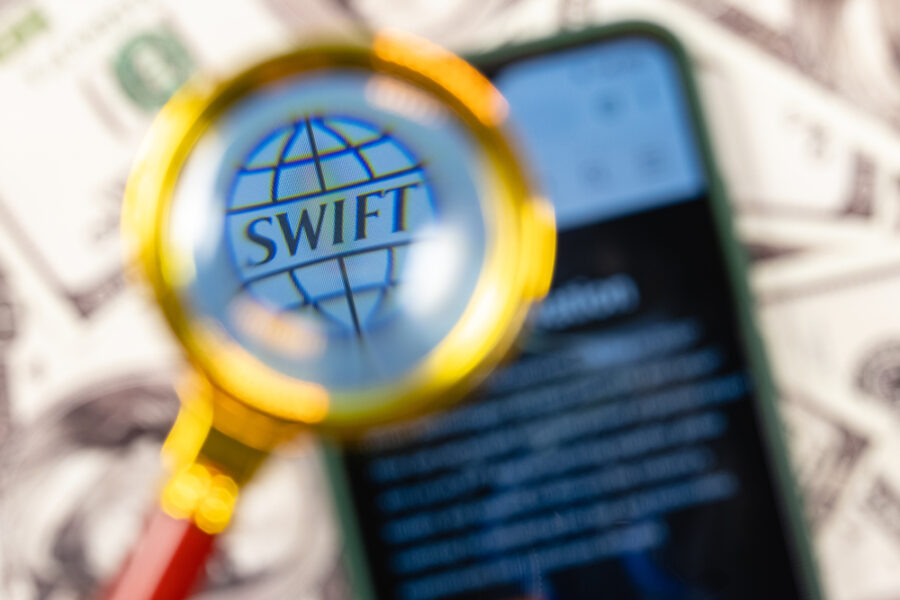 bankers Will the EU decide to isolate Russia from the “SWIFT” system for global banking transactions, and thus sever the country’s links with the global financial system?

A question that has been widely raised in the past hours before the informal meeting of European Finance and Economy Ministers in Paris today in order to discuss tightening sanctions against Russia for its invasion of Ukraine.

The measure to isolate Russia from the global banking system stirs fear in the heart of the Kremlin.

It would paralyze Russia, which is the second-largest country after the US in the number of users of “Swift”, where about 300 Russian financial institutions belong to the global system.

Kyiv had demanded that Russia be excluded from the “Swift” system to punish it for its invasion of Ukraine. “We demand the exclusion of Russia from the SWIFT system and the imposition of a no-fly zone over Ukraine,” Ukrainian President Volodymyr Zelensky wrote on Twitter after a phone call with his French counterpart Emmanuel Macron.

While the White House announced, “We will prevent Russian President Vladimir from obtaining any advantages from the global financial system, and financial sanctions are part of the response to the Russian invasion,” Russia’s president responded that “Moscow will remain part of the global economy, and it does not intend to harm it.”

The European Union had agreed earlier on a new package of sanctions against Russia targeting new areas, including energy, finance, and transport sectors. The measures include freezing Russian assets in the EU and banning important Russian economic verticals from entering key technology areas and European financial markets.

Statements before the meeting

French Economy and Finance Minister Bruno Le Maire said before the meeting of European finance and economic ministers that separating Russia from the SWIFT system is “our last option.”

German Chancellor Olaf Scholz considered that the separation of Russia from the Swift system should not be part of the sanctions package against Russia.

For its part, the Russian Economy Ministry said that “EU sanctions against us will affect French companies.”

How will the Swift action impact Russia?

According to a report published by CNN, if the EU and Allies isolate Russia from the Swift system, it will become impossible for financial institutions to send money in or out of the country, which puts major Russian companies in a state of shock, especially for oil and gas buyers.

Meanwhile, a report by NBC News stated that isolating Russia from this important banking system may lead to immediate damage to the Russian economy, especially since this means separating Russia from its international financial transactions, including oil and gas production revenues, which represent more than 40 percent of the country’s returns.

Russia has taken steps to establish its own banking exchange system, on which it relies for 20 percent of its domestic transfers. This means that Russia’s exchange system may provide a platform for financial transactions with Chinese banks.

In 1973, bankers founded the Society for International Interbank Financial Telecommunication, or SWIFT. It does not handle any money transfers itself.

But its messaging system, developed in the 1970s to replace reliance on telex machines, provides banks with a way to communicate quickly, securely, and inexpensively.

What does Swift do?

More than 11,000 financial institutions in more than 200 countries use the SWIFT network, making it the backbone of the international money transfer system.

Its prominent role in financing means that it plays a role in helping authorities prevent the financing of terrorism.