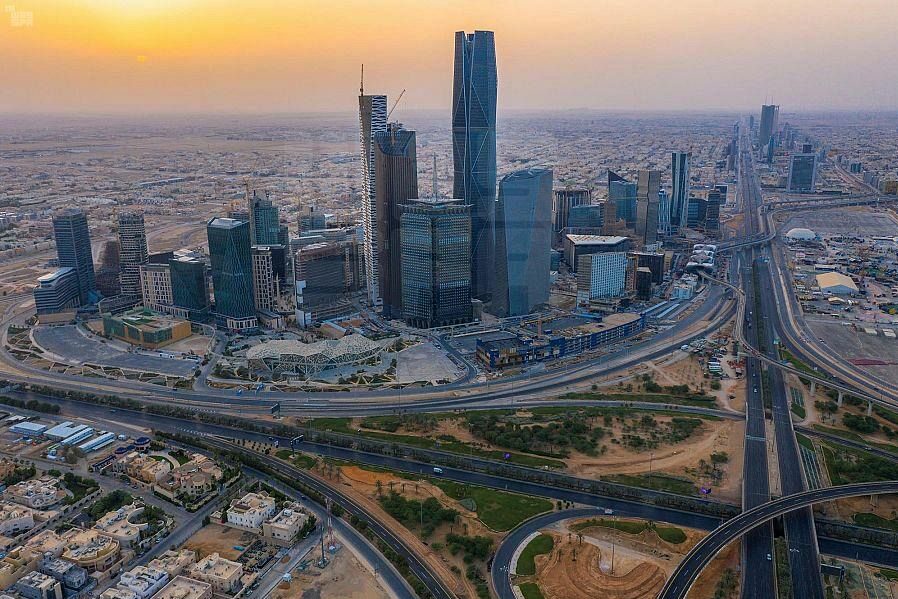 Large-scale transportation projects are making a comeback in the Middle East and North Africa (MENA) as regional governments ramp up spending to serve future demand for urbanization.

Economic diversification mandates, largely aimed at reducing the petrodollar reliance of regional economies, are also helping to raise funding commitments for transport projects that can help grow nascent industries such as tourism, logistics, and trade.

Transport projects expected to make progress in the MENA region in 2023 include:

Note that this list is not ranked in order of importance.

The planned King Salman International airport is expected to accommodate 120 million passengers by 2030 and will stretch over 57 square kilometers. The hub will include the existing terminals named after King Khalid and 12 square kilometres of support, residential, recreational, retail, and logistics facilities, the Saudi state news agency SPA announced.

Saudi sovereign wealth vehicle Public Investment Fund will build the airport, which is also planned to process 3.5 million tons of cargo by 2050.

Sustainability will be “at the core” of the new airport and renewables will be part of the planned LEED Platinum facility’s energy mix. The new Riyadh airport is expected to add SR27 billion ($7.29 billion) to the country’s non-oil gross domestic product and is part of wider plans to transform Riyadh into a global top 10 city economy.

Manama is expected to launch a metro network construction tender in the first quarter of 2023 for the much-awaited Bahrain Metro project.

Bids will be invited after the list of qualified consortiums to implement the project is confirmed, assistant under-secretary for land transportation Hussein Ali Yacoub reportedly said in November 2022.

The Bahrain metro scheme is planned to be developed as a 109-km fully automated network comprised of four transit lines that will be developed in four phases. A design-build-finance-operate-maintain-transfer model is being deployed for the 29-km first phase of the public-private partnership (PPP) metro scheme.

Ireland’s ESB International Engineering and Facility Management were awarded an enabling works design and advisory services contract for phases 1 and 1A of the Bahrain metro network in April 2022.

Construction has begun on the first phase of line 4 of the Cairo Metro project in Egypt, it was confirmed earlier in January. The first phase includes 12 stations and spans 13 km from El Mesaha to Hadayek El Ashgar.

Line 4 of the metro network is the base to help link Sixth of October City and New Cairo with Egypt’s metro network and will serve high-density areas such as Faysal, El Omraniya, and Giza. Upon completion, Line 4 is expected to transport 2 million passengers every day.

Work is also ongoing for line 3 of the Cairo Metro project, with the UAE-based Borouge confirming earlier in January it would supply block polypropylene to manufacture drainage pipelines for the scheme.

Line 3 of Cairo Metro links the east and west of Greater Cairo through a 41.2-kilometer line comprised of 34 stations. Three of the project’s four stages are reportedly complete and operational.

Construction is ongoing for stage 2 of the 1,200 km Etihad Rail network in the UAE. Work began in 2020 on the freight and passenger service that will span from the UAE border with Saudi Arabia to the frontier with Oman.

In January 2023, details emerged of progress on the rail network’s first marine bridge, which stretches for 1 kilometer to link Abu Dhabi’s Khalifa port with the emirate’s mainland. The marine bridge’s construction began in 2021 and is part of Etihad Rail’s 605 km line from Ghuweifat to the Port of Fujairah on the eastern coast.

Package A of the second stage spans 139 kilometers and its AED1.5 billion ($408 million) construction contract was awarded to a joint venture of China State Construction Engineering Corporation and SK Engineering and Construction in March 2019. This package’s construction works were completed by September 2021.

The AED4.6 billion ($1.25 billion) contract for the 145-kilometre-package D’s construction under stage 2 was awarded in December 2019 to a joint venture of CRCC and National Projects and Construction.

Stage 1 has been fully operational since January 2016, transporting up to 22,000 tons of granulated sulfur each day from Habshan and Shah to Ruwais on behalf of Abu Dhabi National Oil Company (ADNOC).

Iraq is planning to build a railway network in the capital Baghdad as part of post-war reconstruction plans for the country.

The planned network may also be extended to link the capital city with other Iraqi governorates.

“There will be large projects in Baghdad this year in partnership with serious and experienced foreign firms,” Amin reportedly said. “They include the construction of a railroad network in Baghdad and an extended network to link the capital with other governorates.”

Iraqi Minister of Transport Razzaq Muhibis Al-Saadawi said in December 2022 the transport ministry would include the metro network – also called the Baghdad elevated train project – in its 2023 budget.

Ministerial spokesperson Hussein Jalil Al-Khafajia told Zawya Projects Al-Saadawi had confirmed the network’s inclusion during a meeting with the Chinese ambassador to Iraq, adding parliamentary approval for the project is expected in the first quarter of 2023.

The network is planned to comprise 14 stations across a total length of 31 kilometers, and work on the scheme may commence by 2024. 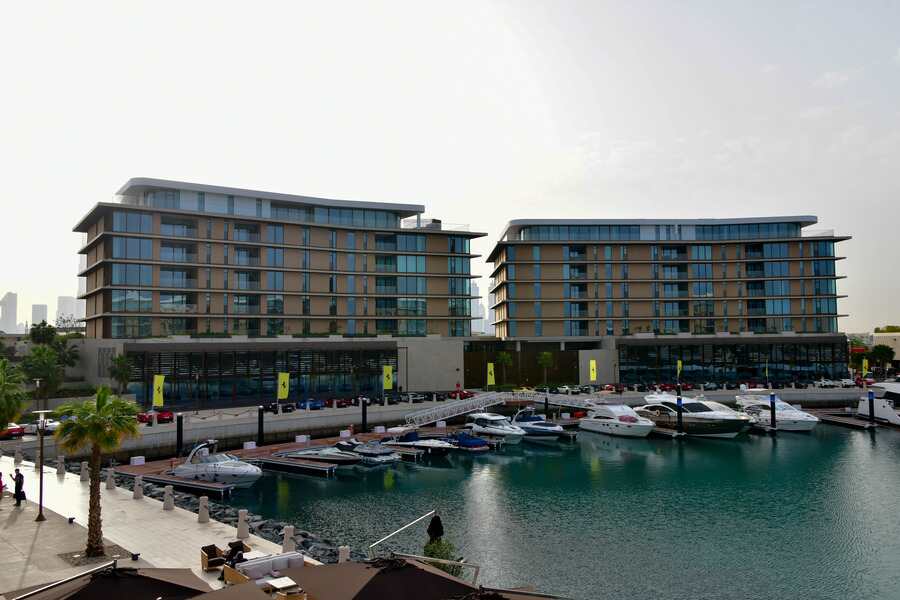 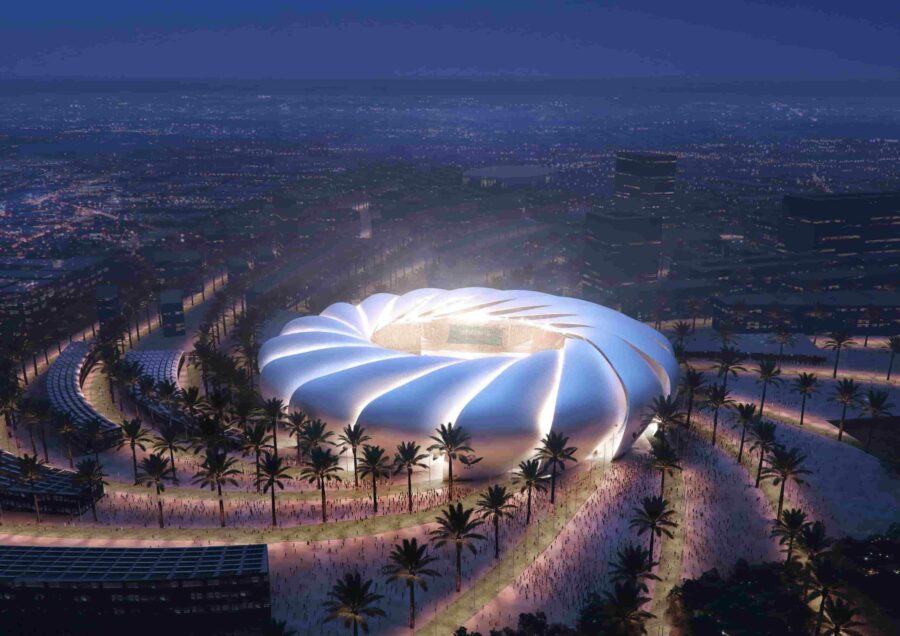