Farm will save Egypt $5 bn in annual natural gas costs 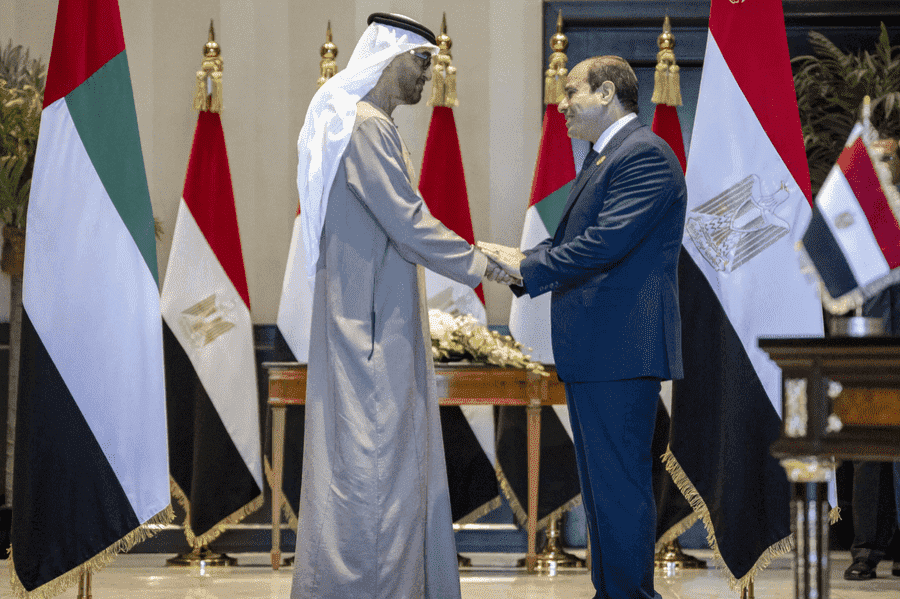 The UAE and Egypt agreed to develop one of the world’s largest wind farms in a deal struck on the sidelines of the UN’s COP27 climate summit in Sharm el-Sheikh.

The 10-gigawatt (GW) onshore wind project in Egypt will produce 47,790 GWh of clean energy annually once it is completed, the UAE’s state news agency WAM said in a statement, without specifying an exact timeframe.

It will offset 23.8 million tonnes of carbon dioxide emissions – equivalent to around nine percent of Egypt’s current CO2 output, according to WAM.

Read more: Wind energy projects in the region are growing

The wind farm will also save Egypt an estimated $5 billion in annual natural gas costs and help create as many as 100,000 jobs, it said.

Sheikh Mohamed said in a statement on Twitter that the agreement was “consistent with our commitment to advance renewable energy solutions that support sustainable development.”