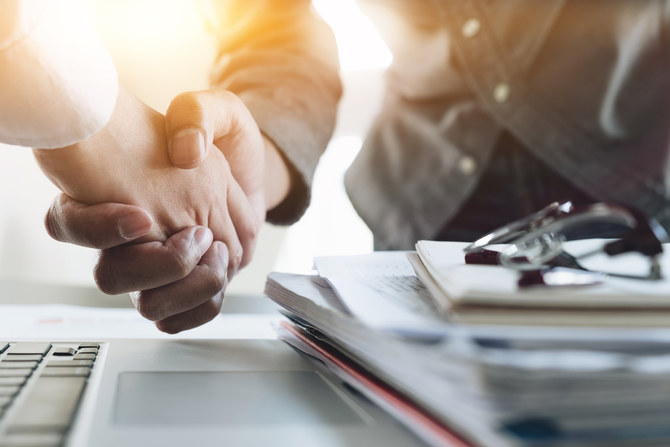 Merger and acquisitions (M&A) in the Middle East & North Africa (MENA) region grew 11 percent to $21 billion in Q1 2022, according to a new report by Refinitiv, an LSEG (London Stock Exchange Group) business.

MENA targeted M&A declined 29 percent from last year with $9.2 billion worth of M&A activity so far this year.

The UAE was the most targeted nation with $4.3 billion in activity this year, up 5 percent from the same period last year and accounting for 46 percent of all activity in the region.

Deals valued at under $500 million reached $4.6 billion so far this year, the strongest start to a year since records began in 1980.

Among investment banks, Goldman Sachs topped activity with any MENA Involvement M&A league table with $4.6 billion in related activity or a 22 percent share of the market. Lazard came in the second spot with a 21 percent market share.

The largest MENA target M&A deal of the year so far is UAE’s hospital operator NMC Healthcare’s $2.25 billion sales to its creditors. Healthcare was the most active sector in MENA with $2.3 billion in deal activity, equivalent to a quarter of M&A activity in 2022,” according to the Refinitiv report.

On the other hand, investment banking services in the MENA brought in $430 million in fees.