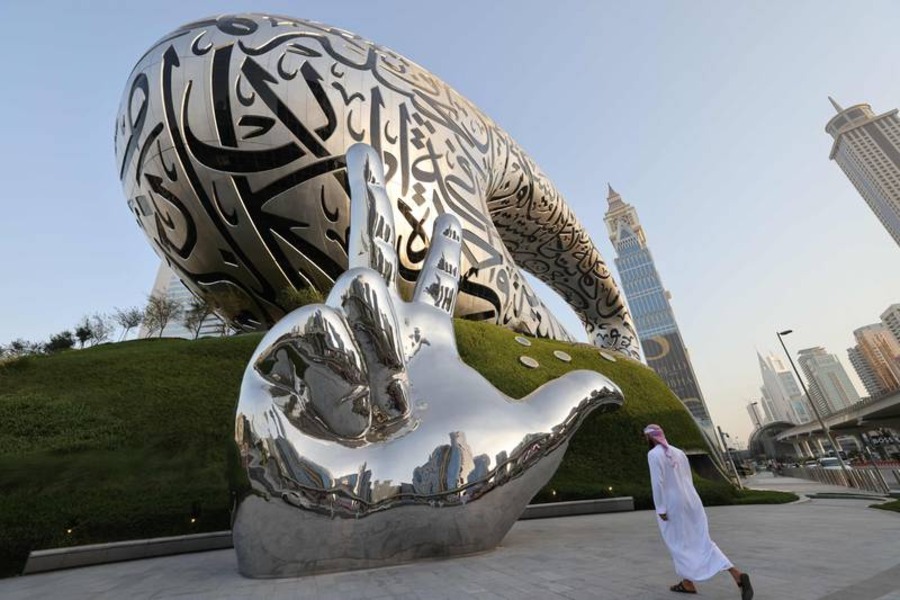 The Museum of the Future in Dubai (Image credit: AFP)

The seasonally adjusted S&P Global UAE Purchasing Managers’ Index (PMI) fell to 56.1 in September from 56.7 in August, which was a 38-month high and remained well above the series average since 2009 of 54.2.

The output sub-index that measures business activity fell to 61.7 in September from 64.5 in August, which was its highest since June 2019.

Employment fell marginally to 51.4 in September from 51.5 in August, the sub-indexes strongest reading since August 2021.

Despite the slight fall in the index, it “was nonetheless indicative of another strong pace of improvement in the non-oil economy,” wrote David Owen, an economist at survey compiler S&P Global Market Intelligence.

“At a time of heightened global recession risks, these findings suggest that domestic businesses are keeping well clear of economic storms in other regions, helped by above-trend rates of growth in output and new business as the country continues to recover from the pandemic.”

“Low price pressures are also helping to drive growth, with September data pointing to another month where inflation had rapidly come off the boil since the first half of the year,” Owen added.