Why did the UAE license crowdfunding activity?

SMEs represent 94% of the total number of companies 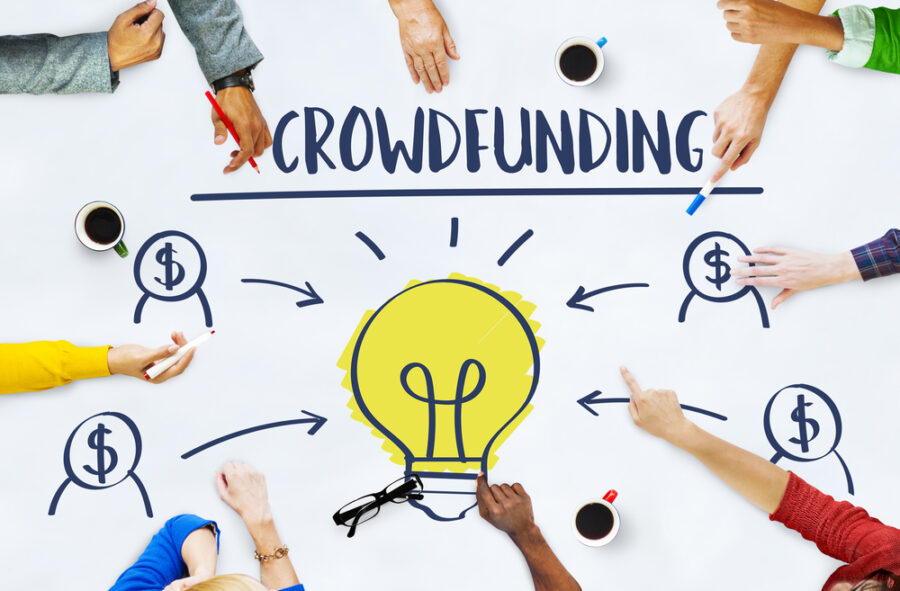 At the last meeting of the UAE Cabinet that took place at Expo 2020 before the conclusion of the international exhibition on the 31st of this month, Sheikh Mohammed bin Rashid Al Maktoum, Vice President and Prime Minister of the UAE and Ruler of Dubai, announced the approval of the license to practice crowdfunding activity,  which will have both public and private operators.

“It is one of the best ways to support the financing of new innovative business ideas, and it will open a door for young people and entrepreneurs to finance their ideas,” Sheikh Mohammed bin Rashid Al Maktoum says about the importance of crowdfunding. Legalizing the relationship between project owners and financiers would strengthen the position of Dubai and the UAE as an incubator for ideas that turn them into start-ups.

Harvard Business Review defines crowdfunding as “the process of raising funding from the public through small individual contributions from a large number of lenders in return for certain promises such as purchasing a product later when it is developed, obtaining special concessions, or even something moral such as a free donation to the project.

Crowdfunding can be used to finance the launch of a new product or a new start-up company, and the financing is collected online through specialized sites that receive a commission to connect entrepreneurs and financiers.

According to the “Crowdfunding Market 2022″ report, the global crowdfunding market share is expected to increase by $240 billion from 2021 to 2026, with a compound annual growth rate of 16.81 percent.

The status of small and medium-sized companies in the UAE

Start-ups and SMEs are moving towards crowdfunding as they explore funding options. Hence, it is natural for this concept to gain great importance in the UAE, as it is home to a large number of startups.

Small and medium enterprises are the main engine of the UAE economy, as they represent more than 94 percent of the total number of companies operating in the country, with 73 percent in the wholesale and retail trade sector, 16% in the services sector, and 11% in the industrial sector, according to figures from the Ministry of Economy.

The number of companies classified as small and medium enterprises in the country has exceeded 350 thousand companies, providing job opportunities for more than 86 percent of the total workforce in the private sector, and contributing more than 60 percent of the country’s GDP.

In Dubai alone, SMEs constitute nearly 95 percent of all businesses, employ 42 percent of the workforce, and contribute about 40 percent of Dubai’s GDP.

Khalifa Fund data shows that approximately 50 percent to 70 percent of SME financing applications are rejected by conventional banks. Loans to SMEs represent only 4 percent of bank credits in the UAE, which is lower than the MENA average of 9.3 percent.

Lending institutions often refuse to support small and medium-sized enterprises due to their limited assets, or lack of a proven track record of the company’s operations, which makes it difficult for these companies to conduct their business, in addition to the prohibitive and inflexible financing terms.

Thus, this shows that there is a need for crowdfunding in the UAE to support SMEs.

In the same context, a report issued by the Mohammed bin Rashid Establishment for Small and Medium Enterprises Development, one of the institutions of the Department of Economy and Tourism in Dubai, showed that the total value of government procurement contracts for the members of the corporation, including Emirati entrepreneurs and owners of national companies, has reached 8.4 billion dirhams, since the establishment of the corporation from 2002 until the end of 2021, with the contribution of 69 supporting bodies from local, federal, semi-governmental and private government agencies.

Sheikh Hamdan said at the time that the initiative aims to stimulate “positive competition and encourage young people to come up with innovative ideas, in addition to obtaining community support through crowdfunding.”

In September 2020, the Dubai Small and Medium Enterprises Corporation, part of the Dubai Department of Economic Development, said it had partnered with the peer-to-peer lending platform Beehive to allow individuals to invest in small and medium businesses in the country through crowdfunding.

In August 2017, the DFSA launched a regulatory framework for loan and investment-based crowdfunding platforms.

As for some examples of companies engaging in crowdfunding, Dubai-based equity crowdfunding platform Eureeca led $1.3 million in funding for pay-per-minute car rental platform Udriv in January of last year.

Eureeca is one of the first global equity crowdfunding platforms that enable members of its investor network to purchase shares in growth-oriented companies.

Also, Dubai’s fresh snack company Fruitful Day is among small businesses that have used crowdfunding. It raised 3 million dirhams ($816,000) in two successive funding rounds in November 2020, attracting investors from as far away as Switzerland and Singapore, as well as from Saudi Arabia and the UAE.