Why is GCC inflation much lower than rates globally? 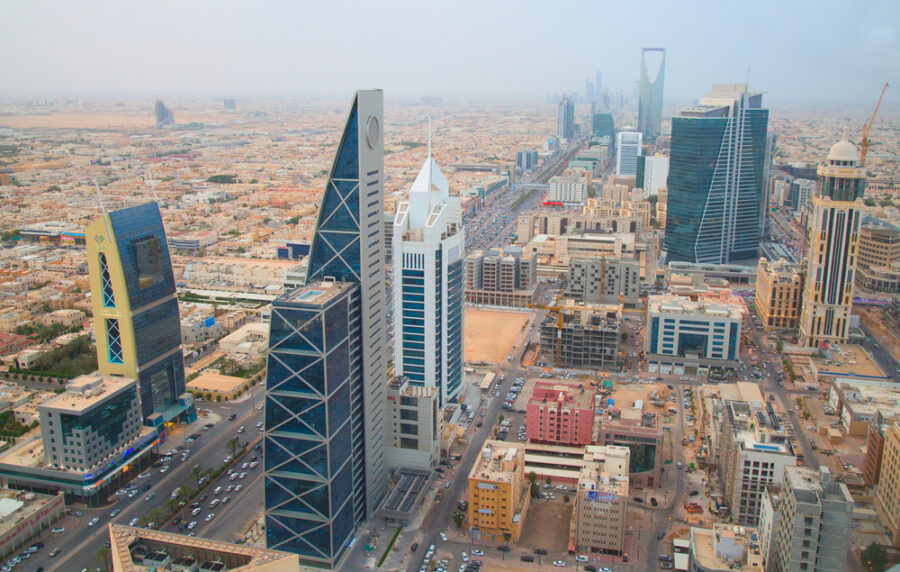 IMF: Inflation in Saudi Arabia expected to reach 2.5 percent in 2022

A report issued by “Kamco Invest”, headquartered in Kuwait, showed that the inflation rate in the Gulf Cooperation Council (GCC) countries was much lower than it is in most developed and emerging market countries, amid improvement in economic activity, and driven by the rise in oil and gas prices.

The report, seen by Economy Middle East, stated that Gulf countries have diversified sources of food imports that helped them overcome food supply chain disruptions caused by the conflict in Ukraine, and keep inflation low.

The ceilings set by governments on the prices of basic foodstuffs and fuel also contributed to protecting families in the GCC from sharp increases in food and fuel prices.

It is expected that the inflation rate in some GCC countries will be affected by changes in international oil and food prices.

“As a result of global developments, and in addition to the impact on some countries as a result of increasing the rate of value-added tax or their application, the average inflation rate in the GCC is expected to reach 2.2 percent in 2022 and 2.4 percent in 2023,” KAMCO said.”

KAMCO expected that high oil prices would help the GCC  offset the impact of raising US interest rates on their non-oil economic sectors, and believed that they would improve the domestic liquidity situation in the GCC and stimulate the expansion of financial policies.

With regard to oil-importing Arab countries, the inflation rate is expected to reach 6.6 percent in 2022 and drop to 5.2 percent in 2023, according to KAMCO.

Countries outside the GCC

The inflation rate in other Arab oil-exporting countries outside the Gulf Cooperation Council, including Algeria, Iraq, Yemen and Libya, is expected to rise to about 11.4 percent and 11.8 percent in 2022 and 2023, respectively.

The Kingdom has recovered strongly from the Corona pandemic, against the backdrop of high oil prices. In the first quarter of this year, Saudi Arabia’s economy grew by 9.9 percent, recording the highest growth rate in the past ten years.

Estimates issued by the Kingdom’s General Authority for Statistics also showed that the country’s economy grew by 11.8 percent in the second quarter of 2022, driven by high oil prices.

The International Monetary Fund estimated that Saudi Arabia’s economy will grow by 7.6 percent in 2022 and 3.7 percent in 2023, after expanding by 3.2 percent last year.

The inflation rate in the UAE increased by 3.3 percent in the first quarter of 2022, on the back of high prices for the transportation, restaurant, and hotel sectors.

As for inflation on a monthly basis, the consumer price index in Dubai grew by 4.6 percent on an annual basis in April 2022. It reached its highest level in seven years, according to the Dubai Statistics Center.

Fuel prices in the UAE rose for the fifth time in 2022, and the cost of fuel has increased by nearly 74 percent since January 2022 on the back of high global oil prices.

The UAE government has taken a number of measures to curb inflation by announcing a social support program for low-income families, which covers fuel, electricity and food allowances.

The exacerbation of supply chain challenges was one of the main factors that contributed to the increase in inflation rates in the country, as Kuwait imports more than 95 percent of its food, and is therefore vulnerable to the sharp rise in international food prices and their fluctuations.

Inflation in Qatar increased by 5.4 percent year-on-year in June 2022, marking the fifth consecutive month of growth in 2022.

Qatar is facing the consequences of the crisis of rising food prices worldwide, and increasing energy prices and began to implement some measures to reduce the increase in inflation rates.

The rise in global food and energy prices, along with the recovery of domestic demand from the economic slowdown caused by the pandemic, led to a rise in inflation rates in Bahrain, which reached its highest levels recorded in six years. Inflation witnessed a growth of 3.1 percent in June.

Among other major factors that contributed to boosting inflation rates in the country, was the doubling of the value-added tax rate to 10 percent, which was approved by the Bahraini parliament in December 2021 as part of the financial reform program for debt-laden Bahrain.

In contrast to most other countries in the world, the inflation rate in Oman has declined thanks to the stability of fuel prices, rents, water, and electricity. The Sultanate has introduced and implemented a set of measures, which significantly alleviated the increase in inflationary pressures, and Oman witnessed an improvement in funding levels at the end of 2021.