Economy
Technology & Innovation
Videos
Lists
EME Magazine
Subscribe to our newsletter
Subscribe
HomeEconomyWhat are the major highlights for 2022? What will 2023 bring?
By Economy Editor
SHARE
December 30, 2022 9:23 am 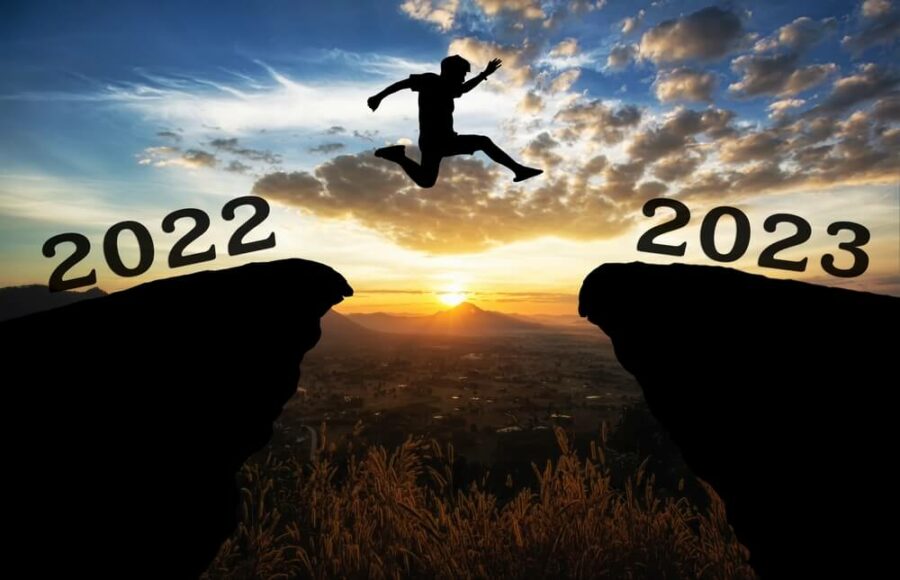 2022 was a year of rapid developments that exhausted global economies but did not plunge them into recession.

In 2022, the world’s leading economists issued positions that if the global economy is not already in recession, it is about to fall into one. But by the end of the year, the global recession appears to have been postponed to 2023.

2022 began with very optimistic expectations about a global economic recovery following the Corona pandemic, but the Russian-Ukrainian war erased all hope for growth, ignited high inflation that exceeded record levels, and pushed oil prices upwards. This led to the suspension of “zero emissions” targets.

The world’s central banks decided to use interest rates to curb rising inflation, strengthening the dollar as investors flocked to it as a safe haven.

The cryptocurrency market was also a victim and had a difficult year.

The collapse of the FTX platform will remain a black mark hanging over the cryptocurrency sector for years and years to come.

This year will also go down in history due to Elon Musk’s purchase of Twitter.

In the US, inflation and the Federal Reserve’s efforts to combat it were the dominant factors according to economic analyses.

The US is experiencing its highest inflation levels in 40 years, with prices starting to rise significantly since mid-2021.

The White House believes the U.S. economy can still achieve a “soft landing” as the large-scale government investment approved by President Joe Biden will help support the labor market in the coming months and years.

The latest consumption index for 2022 revealed that inflation slowed significantly in November/November. But that was accompanied by a slowdown in consumption, which could be a prelude to a recession expected next year.

Europe, which has been hit hard by rising energy prices, is likely heading into a recession, which can be defined as two consecutive quarters of GDP decline.

For the euro area as a whole, rating agency S&B Global expects a particularly difficult situation in the first quarter of 2023 and a recession over the next year, reflecting a further deterioration in the economic outlook following negative forecasts throughout 2022.

Britain’s economy is on track to contract by 0.4 percent next year as inflation continues to rise, with grim implications for long-term growth.

Britain has been hit hard by higher natural gas prices in the wake of the Russian-Ukrainian war, as well as an incomplete post-pandemic labor market recovery and continued weak investment and productivity.

The OECD expects Britain to be Europe’s weakest economy with the exception of Russia, next year.

China is showing signs of slowing down as it is “very likely” to cut China’s economic growth forecasts for 2022 and 2023, IMF Managing Director Kristalina Georgieva told AFP in mid-December, predicting “some difficulties” as Beijing changes its policy on the pandemic.

Georgieva said ending the “zero Covid” policy would lead to “an increase in the number of infections, which will have repercussions on the smooth running of the economy.”

However, this image does not apply to Gulf states. GCC economies are expected to grow by 6.9 percent and achieve a strong double-digit surplus in 2022, according to the World Bank.

GCC financial markets also saw their best performance ever, driven by a surge in global crude oil prices and an influx of investment amid a flurry of IPOs that garnered international praise.

The continued flow of large oil revenues is expected to enable governments to increase their spending, mitigating the impact on non-oil economies.

The inflation train wreck is likely to continue its course. In all likelihood, trends show a slow pace of interest rate rises as a result of the economic contraction.

The International Monetary Fund expects global growth to slow to 2.7 percent in 2023. It is the weakest growth rate since 2001.

But all eyes are on China, which will be pivotal to global economic growth, as European, US, and Japan’s economies slow.

Will the economic chaos of 2022 continue into the new year or will the picture be rosy and the world recovers?