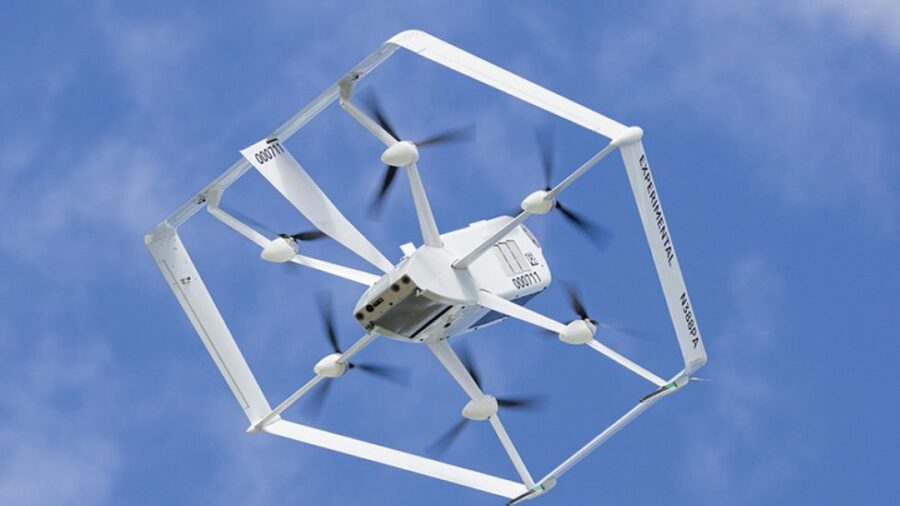 US-based e-commerce company Amazon announced plans to start its long-delayed drone delivery project sometime later this year. The company will be finally using drones to deliver packages and goods to its consumers.

According to a press release, this will be achieved by subscribing to a brand-new service called Prime Air, to be first introduced in California, USA.

According to Amazon, the new delivery service operates as follows: once a consumer makes a purchase through the company’s online store, as usual, a drone will fly to the delivery area and land in the customer’s garden to deliver the item before taking off yet again.

The company said that in order for the plane to land safely at the customer’s house, it ensures that the surrounding area is clear.

In order to avoid collisions with humans, animals, and other aircraft or impediments, Amazon announced that its drones have a function called a sense and avoid a system that will assist in detecting stationary and moving objects.

It also noted that if obstacles are detected and avoided, the drones will follow the correct path.

Since the launch of the Prime Air service, Amazon has produced more than 20 drone prototypes, the news release said.

In 2020, the US Federal Aviation Administration gave Amazon full approval to start using drones for deliveries.

Last month, Amazon tried to postpone an investigation into a delivery drone crash because of an employee’s dentist appointment, according to Business Insider.