“S&P”: Saudi and UAE banks are least affected by the Russian-Ukrainian conflict

"The quality of Qatari banks' assets will remain flexible" 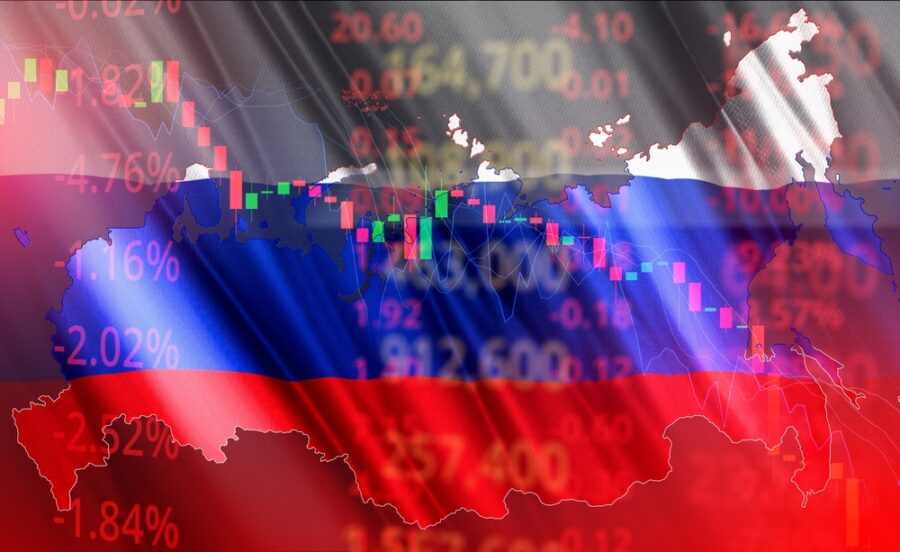 Banking sector in light of the war in Ukraine

Standard & Poor’s Global (S&P) expects rated banks in the Middle East and Africa to suffer “minor direct repercussions” from the Russian-Ukrainian war due to their limited dealings with their Russian and Ukrainian counterparts.

It expects the Turkish and Tunisian banking sectors to be most likely to suffer negative spillovers, while it expects the banks in Saudi, the UAE, and South Africa to remain relatively isolated.

And “Economy Middle East” sheds light on the performance of some countries, as mentioned in the report:

The report expects the Saudi economy will continue to recover during 2022, supported by high oil prices and the restoration of production volumes, expecting that the non-oil economy will benefit from Vision 2030.

Standard & Poor’s does not expect a direct impact of the war in Ukraine on the asset quality indicators of Saudi banks rated with it. It says that the quality of assets improved in 2021 as a result of the availability of strong provisions.

Doubtful loans amounted to 1.7 percent at the end of 2021, down from 1.2 percent a year earlier. As for the coverage of these loans with provisions, it improved by 181.1 percent from 165.4 percent.

On the profitability front, the report expects an increase in net income of 11.5 percent and a 1.1 increase in return on assets for each increase of 100 basis points in interest rates.

It points out that losses declined in 2021 due to the improvement of the macroeconomic environment.

It notes that the banking sector in the Kingdom has a net total position of foreign assets.

The report expects that UAE banks will remain safe from the negative economic repercussions resulting from the Ukrainian war, so that they will have only a limited or slight impact on the country’s banks, due to the huge capabilities available to the UAE government, as well as the government’s desire and strong readiness to provide the banking sector with support when needed.

It is noteworthy that the rise in oil prices will raise the levels of confidence in the country’s economy, and high oil revenues will accelerate the pace of economic growth in the country.

It states that the exposure levels of UAE banks included in S&P Global ratings to Russian or Ukrainian banks are minimal. Accordingly, the report does not see any significant direct effects of the Ukrainian crisis on the quality of assets owned by the rated UAE banks.

With regard to the expected profitability levels for UAE banks, the report expected them to rise supported by higher interest rates.

The net income of UAE banks is also expected to increase by 15 percent, while the return on assets owned by these banks will rise by 1.4 percent for every 100 basis points increase in interest rates applicable to UAE banks.

Standard & Poor’s says that risks related to Qatar’s external financing are increasing, despite banks’ attempts to increase maturities and stabilize deposits for non-residents.

But S&P notes that the Qatari government has great ability and willingness to provide support, if necessary, to banks in the event they are affected by crises.

It is likely that investment in Qatar will continue to coincide with the World Cup hosted by Qatar this year, with expectations of an economic expansion of about 4 percent in 2022.

This is supported by high vaccination rates and elevated hydrocarbon prices.

With regard to exposure to Russian-Ukrainian assets, the agency clarified that rated Qatari banks have minimum direct exposure to Russian or Ukrainian parties, and it is likely that they will not see any significant direct effects of the conflict on their asset quality indicators, as the quality of assets will remain flexible.

It adds that higher oil prices will support economic recovery, noting that hotels and real estate represent nearly a third of banks’ exposure to non-performing loans, with expectations that they will constitute 3.3 percent in 2022, up from 2.9 percent in 2019.

Standard & Poor’s notes that the profitability of Qatari banks will benefit from high-interest rates, pointing out that external financing may be “volatile” in times of economic or geopolitical instability, but the country’s ability and willingness to provide support greatly mitigate these risks.

The agency expects that the net external debt of Qatari banks will finance approximately 45-46 percent of domestic loans over the next two years, up from 38 percent in 2020.