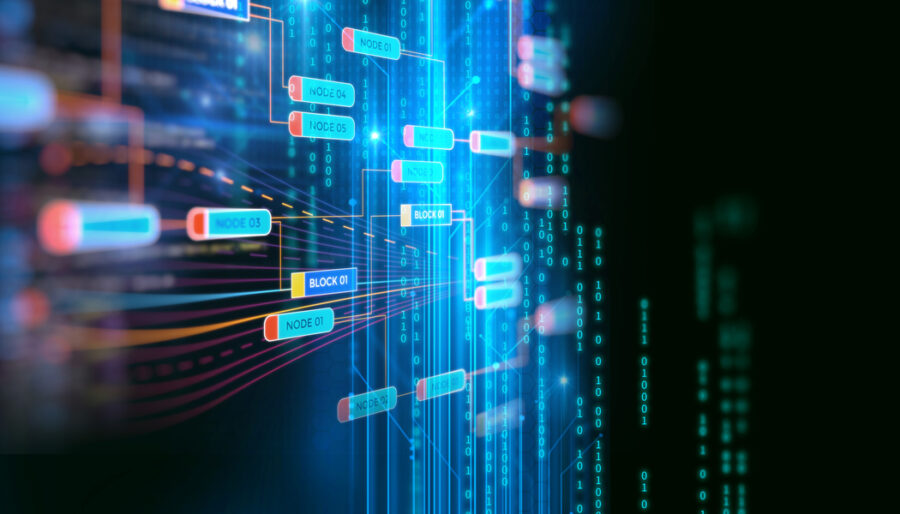 Within a span of a few short years, blockchain technology has become the premier method for faster payment services, automating contract enforcement, and securely storing and transferring data. This should come as no surprise given the fact that blockchain technology increases trust, security, transparency and traceability, making it the world’s safest vault.

Just imagine that you’re the lucky owner of a treasure map which you want to keep safe. Your tear it up into hundreds of pieces, much like a jigsaw puzzle, and store those pieces in a multi-drawer vault that can only be accessed by hundreds of unduplicable keys, which only you possess. Anyone wanting to steal the map from you would first have to access the keys that you’ve hidden in different places, then unlock all the drawers individually, and finally piece the whole puzzle back together in order to be able to read the directions on the map. In other words, it’s a fool’s errand.

Now consider this vault as digital, and that it could be published, duplicated and transferred to other trusted people via a distributed network. This is exactly how blockchain protects data.

A series of computers (each called a node) are linked together to create a network to store and transfer data under a software protocol that uses cryptographic security to safeguard the data. This is a blockchain.

But if computers are the nodes, then where are the blocks? The messages to be sent through the network are broken down into small, bite-sized “blocks” of data, each with a specific sequence number that links one block with the next. Once recorded, data is permanent on this network and each new state change to that data (such as the transfer of an asset to a new owner) is recorded as a new block, creating an immutable and clear data record.

The result is a database that is distributed throughout the network – a “distributed ledger” – with a consolidated view of the entire data store. All the assets and transactions on one distributed ledger framework can be published and duplicated across other blockchains for lightning-fast speed and easy adoption.

And just as it was with our imaginary vault, once a message is broken down into blocks and sent on the blockchain, it is next to impossible to change the overall message because the information in that block only represents part of the message and contains links to prior and subsequent blocks in the chain. To change the message sent on a blockchain, a hacker would need to not only tamper with one block, but also alter all the preceding and following blocks in the chain. Moreover, the data blocks are publicly accessible to all users of this network, adding another layer of transparency.

Blockchain has revolutionized the way we look at data management with a cornucopia of use cases, including big data, artificial intelligence, automation, tracking intellectual property ownership rights (such as music and art), limitless data storage, and the immutable audit aspects that come from using a blockchain.

As you can imagine, this revolutionary technology has great significance when it comes to finance. To clarify, let’s say you want to send $100 to a friend abroad. Typically, you start with a bank or an online app, complete a fund transfer request, and wait with virtually zero visibility for the money to cross the wires. Of course, the money is still transferred technologically rather than by hand, but the traditional banking payment system only operates five days a week, and only one-third of each day. This means an international payment may take up to four days to reach its destination due to the need for compliance on both sides, regardless of how urgently your friend requires the money.

Currently, financial systems rely on networks of middlemen and intermediaries built on trust. These parties facilitate the holding, securing, investing, and transferring of our funds. They do a good job, but unfortunately at antiquated speeds and with a non-negligible margin of error. In most cases, their mainframe systems can easily be breached, they can go bankrupt, and they can bear the brunt of every financial crisis. Such systems, once deemed efficient, are quickly becoming a legacy. As for SWIFT, the world’s leading financial messaging service, it’s 48 years old and struggling to keep up with the needs of an increasingly sophisticated financial services industry.

Blockchain technology eliminates these impediments and makes it easier to a receive funds, arrange financing, or simply transfer and keep assets in a more transparent and democratic manner. It will form the foundation of financial inclusion in the coming years, as automation renders it “trustless,” another key leap enabled by blockchain. And as always happens, the stock markets recognized this potential earlier than most.

NASDAQ made its first securities transaction using a blockchain in 2015, back when the world was still debating blockchain’s scope and security. This is because the advantages of trading on blockchain were already obvious. They include:

Although blockchain technology has varying levels of adoption across industries and governments (some sectors being more cautious than others about dipping their toes in the blockchain waters), it will soon become the infrastructure processing the entire world’s data, especially in finance, where automation, transparency and security are the sine qua non of financial products.

Affecting everything from our wallets to the highest skyrocketing stocks with its unparalleled capabilities, blockchain is the harbinger of a new era of technology that will transform the way we live. Would you expect anything less from the world’s safest vault? 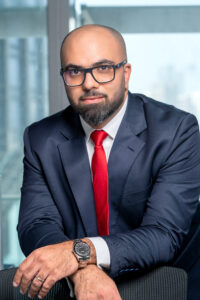