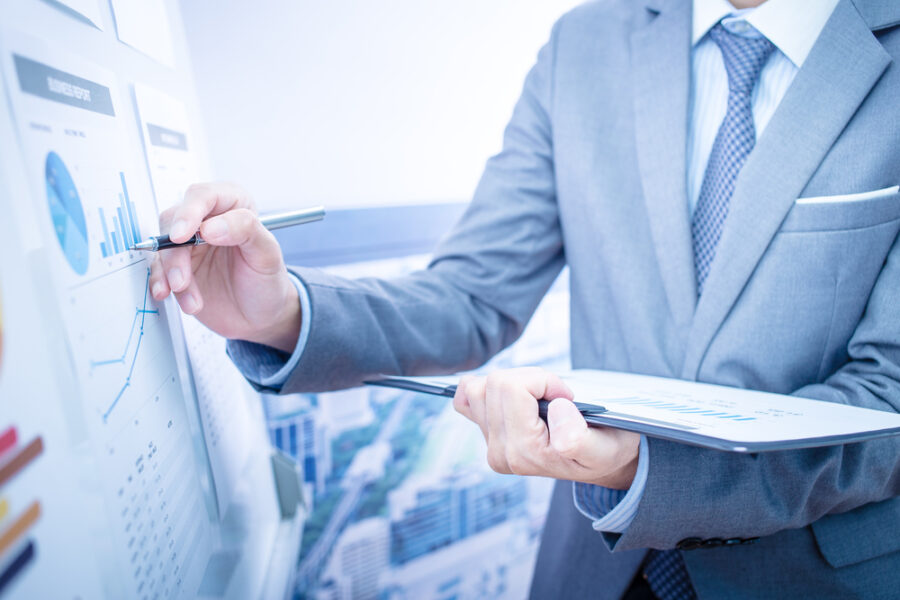 Over the previous week, the Arab Federation of Capital Markets reported that US stock indexes slid for the fifth straight session on Friday as the signs of a tight labor market data upraised expectations of an aggressive approach by the Federal Reserve, pushing bond yields higher and pressuring stocks growth, while the US dollar index, stood near its 20-year high on Friday. Oil prices climbed on Friday, after a sharp drop since Tuesday, on bets that OPEC+ will discuss output cuts at a meeting on Sept. 5, yet prices posted the worst weekly drop in four on fears that weak global growth will hit demand. In parallel, gold prices fell over the last week as cautious investors focused on the US Federal Reserve’s rate-hike path following mixed jobs data, while the crypto market stayed in deep fear as Bitcoin continues to struggle.

On Thursday, the 2-year US Treasury yield reached the highest level since 2007, after ADP data showed on Wednesday a significant deceleration in private payroll growth, and as selling gripped government bond markets again following data showing euro zone inflation at a fresh record high. As such, the yield on the short-term note hit a high of 3.516%, more than double the dividend yield of the S&P 500. In parallel, the 10-year Treasury yield jumped by 12 basis points to 3.257% (the highest since June), and the yield on the 30-year Treasury bond rose by 11 basis points to 3.37%. In parallel, German bond yields jumped after euro zone inflation rose to a record 9.1% in August, beating expectations and solidifying the case for further big European Central Bank rate hikes.

In details, US private payrolls grew by just 132,000 in August, a deceleration from the 268,000 gain in July, ADP said in its monthly payroll report, while companies sharply slowed the pace of hiring in August amid growing fears of an economic slowdown. However, jobless claims totaled a seasonally adjusted 232,000 for the week ended Aug. 27, a decline of 5,000 from the previous period and the lowest since June 25, the Labor Department reported Thursday. In parallel, the August jobs report showed the US unemployment rate rise across the board by 0.2% to 3.7% in August, according to data released Friday by the U.S. Bureau of Labor Statistics, while nonfarm payrolls came in at 315,000 jobs to fall in line with estimates of 318,000 and well off the 526,000 in July and the lowest monthly gain since April 2021.

The US dollar recorded its third weekly gain in a row to stand near its highest levels for decades on the euro and yen on Friday, with investors in little mood for selling ahead of US labor data that could reinforce additional interest rate hikes. In fact, the US dollar index made a two-decade top at 109.99 in New York trade on Thursday before closing the week at 109.53. As such, the greenback hit above 140 yen for the first time since 1998 and it also hit a 2.5-year high against sterling and six-week highs on the Australian and New Zealand dollars. In parallel, the euro fell back below parity and at $0.9953, it was not far from last week’s 20-year low of $0.99005.

In parallel, Wall Street’s main indexes recorded their weakest August performance in seven years, as the three main indexes recorded their biggest monthly percentage declines in August since 2015. After hitting a four-month high in mid-August, the S&P 500 has fallen in recent weeks, dropping more than 4% through Friday’s close. In fact, selling pressure accelerated after Fed Chair Jerome Powell’s hawkish remarks the previous week about keeping monetary policy tight “for some time” dashed hopes of more modest interest rate hikes. In return, Asian shares were mixed as MSCI’s broadest index of Asia-Pacific shares outside Japan remained largely unchanged on Friday but was headed for its worst weekly performance in seven with a drop of 3%.

Oil prices fell by nearly $6 a barrel over the last week, the sharpest decline in about a month, on fears that fuel demand could soften as global central banks hike rates to fight surging inflation, and as unrest in Iraq failed to dent the OPEC nation’s crude exports. In parallel, US crude stocks fell in the most recent week, while distillate inventories rose slightly and demand rebounded, the U.S. Energy Information Administration said Wednesday. In fact, crude inventories fell by 3.3 million barrels in the week to Aug. 26 to 418.3 million barrels, a steeper decline than the 1.5 million-barrel drop forecasters predicted in a Reuters poll. However, oil prices somehow rebounded on Friday on bets that OPEC+ will discuss output cuts at a meeting on Sept. 5, but the benchmarks were still on track to post their worst weekly drop in four on fears COVID-19 curbs in China and weak global growth will hit demand. As such, Brent crude futures rose to $93.3 a barrel while US West Texas Intermediate (WTI) crude futures went up to US$ 87.8 a barrel. It is worth mentioning that OPEC+ slashed last week its demand outlook, now forecasting demand to lag supply by 400,000 barrels per day (bpd) in 2022, but it expects a market deficit of 300,000 bpd in its base case for 2023.

Gas prices were somehow stable over the previous week, however, analysts are expecting gas prices to reach record highs this week after Russia shut down a key pipeline to Europe. In fact, The Russian energy major Gazprom extended the shutdown of gas flows through its key Nord Stream 1 pipeline to Germany on Friday evening, providing no timeframe for a reopening. Gazprom said that supplies would remain stopped indefinitely after a leak was detected and the pipeline would not restart until repairs were fully implemented. The Nord Stream pipeline, which runs under the Baltic Sea to Germany, historically supplied around a third of the gas exported from Russia to Europe but was already running at just 20% of capacity before flows were halted last week for maintenance. The Russian move came hours after G7 countries agreed to impose a price cap on Russian oil in an attempt to stop the flow of funds to Russia and better protect consumers amid soaring energy prices. At the same time, a number of UK manufacturers have said they are already cutting production or making job cuts as a direct result of “out of control” energy bills.

Gold prices headed on Friday for a third straight weekly drop, as fresh economic data pointed to a resilient US economy which reinforced the likelihood of the Federal Reserve keeping interest rates higher for longer and held the dollar near recent peaks. As such, spot gold inched down by 1.6% on a weekly basis to close at $1,722.6 per ounce, knowing that prices fell below the key $1,700 level on Thursday for the first time since July. In fact, gold is considered a safe store of value during times of economic uncertainty, but a higher-rate environment tends to take the shine off the asset as it does not pay any interest. In parallel, Spot silver fell more than 4.6% to $17.9, after hitting its lowest level in more than two years. Platinum dipped by 4.0% to $818.2 per ounce while palladium fell by 4.1% to $2,022.

Cryptocurrency prices have struggled through the first half of the year as the US Federal Reserve hiked rates to combat stubbornly high inflation. As such, over the last week, Bitcoin price fell below the $20,000 level for the seventh straight session. The world’s largest and most popular cryptocurrency was trading marginally lower at $19,932, down by 3.3% on a weekly basis. On the other hand, Ether, the coin linked to the Ethereum blockchain and the second largest cryptocurrency, also slipped slightly to $1,569. Ethereum is transitioning to proof-of-stake for its consensus protocol. Called the ‘merge’, the software upgrade has been in the works for years, and it will change the way Ethereum orders transactions to become more energy efficient.