The Partners will supply, purchase, and trade carbon credits 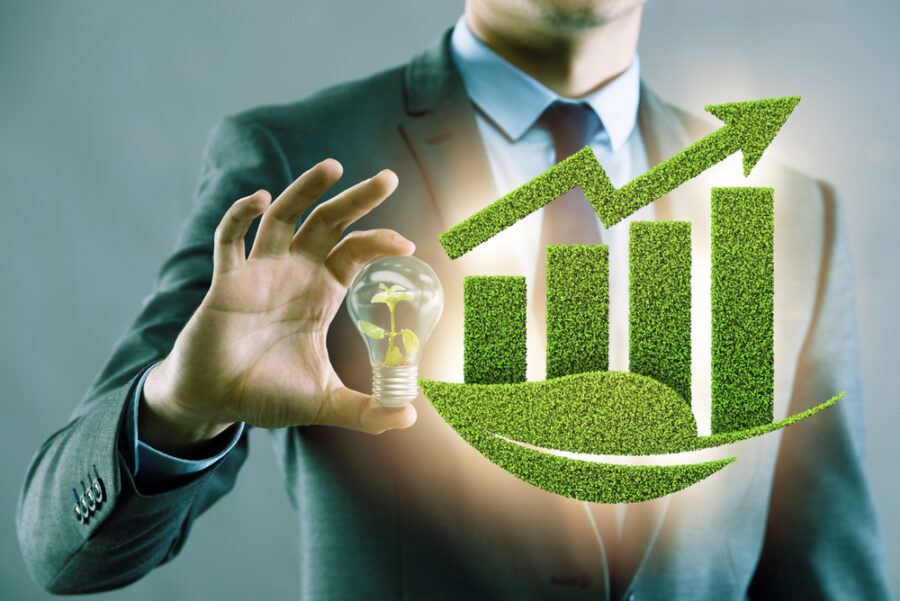 The Public Investment Fund (“PIF” or “Fund”) today announced that five leading Saudi Arabian businesses have each signed a separate non-binding memorandum of understanding (“MoU”) to become the first potential partners of the MENA regional Voluntary Carbon Market (“VCM”). Today’s news follows the announcement of the VCM initiative by PIF and Tadawul in September 2021.

Saudi Crown Prince Mohammed bin Salman, Chairman of the Council of Economic and Development Affairs and Chairman of Board of Directors of PIF, stated that the Kingdom of Saudi Arabia’s leading role in contributing to the reduction of the impact of climate change effects as part of several initiatives that were launched in that regard.

He also announced during the Saudi Green Initiative Forum Saudi Arabia’s aim to reach Net Zero by 2060 through the Carbon Circular Economy approach, in line with its development plans and enabling its economic diversification.

The announcement came during an MoU signing ceremony held earlier today. The partners announced are Aramco, SAUDIA, ACWA Power, Ma’Aden, and ENOWA, a subsidiary of NEOM, (the “Partners”).

As part of the agreement, the Partners will support PIF in the development of the VCM through the supply, purchase, and trading of carbon credits as the market is expected to be established in 2023. Additional partners will be announced in the coming months ahead of an initial round of auctions expected in the final quarter of this year.

Investment Fund: We support the Kingdom’s efforts to tackle the impact of climate change

For his part, Yasir Al-Rumayyan, Governor of PIF, said that the support of Saudi businesses, which are world leaders in their fields, is a strong demonstration of the exciting potential of this market.
“PIF contributes to the Kingdom of Saudi Arabia’s efforts through driving the investment and innovation required to address the impact of climate change and achieve net-zero carbon emissions by 2060.”

Aramco: The initiative is in line with our ambitions

President & CEO of Aramco Amin H. Nasser said that establishing a regional carbon market, “aligns with our net-zero ambition. Carbon credits complement our wider emissions reduction strategy and represent an important tool in the energy transition, as we continue to play our part in meeting the world’s need for secure, affordable and ever more sustainable energy.”

Saudi Arabian Airlines: We have a pivotal role in the initiative

ACWA Power: We seek to play a crucial role

Also, the Chairman of ACWA Power Mohammed Abunayyan said, “To meet global net-zero targets, considerable action must be taken in order to reduce carbon emissions. As a company that is driving the energy transition through the expansion of renewable energy, desalination, and green hydrogen, we have an important role to play. As such, we are privileged to be one of the first partners to be driving this visionary roadmap forward and help the Kingdom in realizing its ambitious efforts to achieve net-zero carbon emissions by 2060.”

Ma’Aden: We will work closely with the fund

For his part, CEO of Ma’Aden Robert Wilt, said, “Ma’Aden will actively cooperate with PIF and support the Voluntary Carbon Market by supplying carbon credits in support of Saudi Arabia’s broader climate ambitions and purchasing carbon credits to deliver on our goal to achieve net-zero emissions from Ma’Aden operations by 2050.”

On the occasion, Peter Terium, CEO of ENOWA, a subsidiary of NEOM, said, “NEOM was established with the promise to follow principles of environmental sustainability that promote regenerative and sustainable practices.  At NEOM, we are working to accelerate the progress of carbon reduction and removal technologies and support the Kingdom’s transition to a more carbon-conscious market with limited to no impact on the environment.”

Carbon markets have grown rapidly in recent years across the world, with a CAGR of 30% to reach a value of more than USD 1 billion of traded value as of November 2021, and could grow another 15x by 2030 according to the Taskforce on Scaling Voluntary Carbon Markets.