COP 27: What was agreed upon at Egypt’s climate conference?

Top leader quotes from the summit 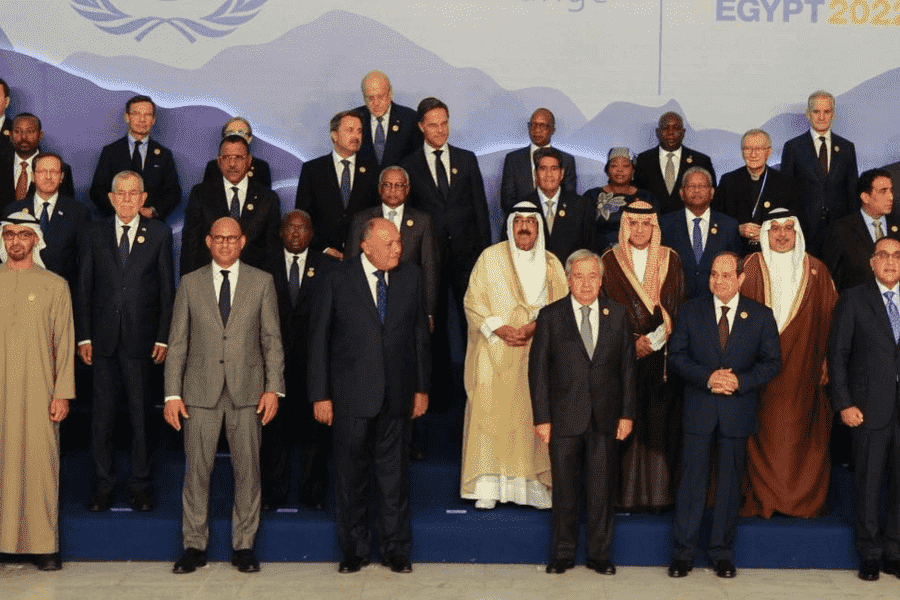 COP 27 – officially the Conference of the Parties of the UNFCCC – kicked off on Sunday presided over by the Egyptian Minister of Foreign Affairs, Ambassador Sameh Shoukry.

Heads of state arrived for the World Leaders’ Summit, which took place on Monday.

A key focus of this year’s 12-day event will be the implementation of agreed efforts to contain planet-warming emissions and commitments to investing in green sources of energy.

How rich countries can help developing nations make the transition to sustainable energy was also among the crucial themes.

More than 190 countries are participating in COP 27 being held from November 6 to 18, some of whom are represented by its leaders. Civil society organizations concerned with climate will also be present.

Speeches by the leaders of the countries continued to call for working hard to protect the world from the effects of climate change.

Some of the key quotes delivered are as follows:

“We want renewable energy to account for 50% of our consumption by 2030, the Kingdom wants to be carbon neutral by 2050. The PIF targets net zero emissions through sustainable development by 2050.”

“We are in a struggle for our lives… and we’re losing. Greenhouse gas emissions continue to grow. Global temperatures continue to rise. Our planet is fast approaching tipping points that will make climate chaos irreversible. ”

“Are we today closer to achieving our goals than we were a year ago?” Have we been able to shoulder our officials as world leaders over the last year while dealing with the most dangerous and influential issues of the century?”

“Even if our world has changed, the climate issue cannot be a balancing item of the war unleashed by Russia on Ukrainian soil (…) We will not sacrifice our commitments to the climate due to the Russian threat in terms of energy so all countries must continue to uphold all their commitments.”

“Unless we price carbon predictably on a trajectory that gets us at least to $75 average price per ton of carbon in 2030, we simply don’t create the incentive for businesses and consumers to shift.”

“In the face of impending catastrophe, whose warning signs are already unbearably disastrous, weak action is unwise. No action is dangerous.”