Madbouly: "Solidarity among all parties has become an unavoidable option" 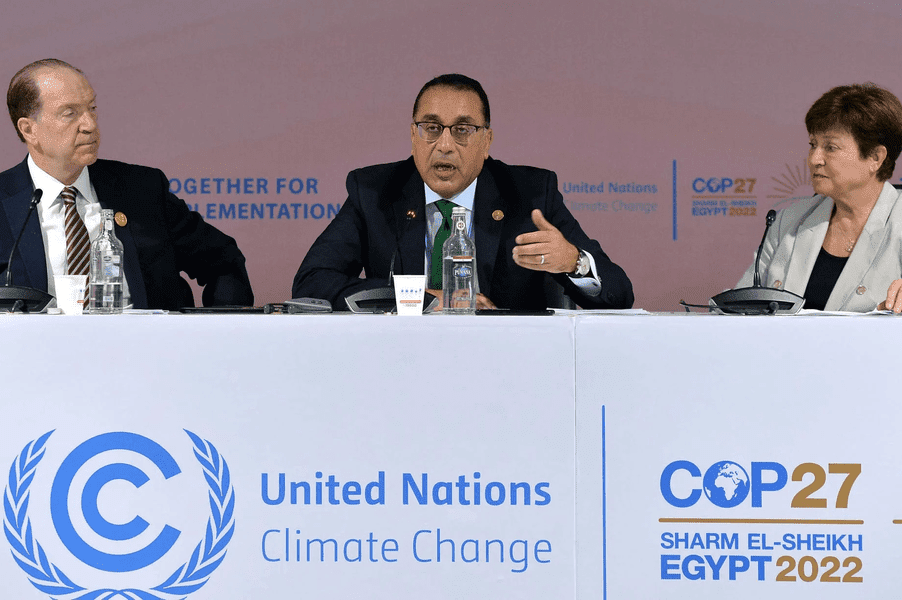 The UN Climate Summit (COP  27), which is being hosted by Egypt, saw on Wednesday the kick-off of the ‘Finance Day’, which was organized by the Ministry of Finance in the Egyptian pavilion in the Blue Zone.

On this occasion, Madbouly delivered a speech in which he explained that solidarity among all parties has become an unavoidable option, emphasizing that cooperation between governments, civil society, United Nations agencies, and international and regional financial institutions in an integrated and coordinated path is the shortest and least expensive way to achieve the success of efforts to combat climate change.

Madbouly said that ‘Finance Day’ is gaining prominence as one of the events running concurrently with the Climate Conference.

He stressed Egypt’s eagerness as conference president to prepare well for today’s meetings, through an intensive program that includes discussions on various topics related to creative financing initiatives, encouraging the private sector to transition to a green economy, and achieving a just transition that achieves social and economic dimensions, in order to prioritize development efforts. for human well-being, and “the goal of all governments worldwide.”

Moreover, Madbouly highlighted that financing is “the cornerstone for fulfilling national commitments towards the transition to a green economy,” noting that the current global economic crisis and the challenges it poses are key points that must be discussed and solutions found, including the need to strike a balance between adaptation and mitigation.

For his part, Egyptian Finance Minister Dr. Mohamed Maait stated that the “Finance Day” will focus on three main topics: innovative financing, financing a just transition, and the role of the private sector in mobilizing green investment resources.

He said, “We look forward to the proposals of the participants in the financing day, to deal with sovereign debt to provide an additional source of financing for sustainable development.”

“We look forward to exiting the Finance Day with concessional mechanisms to reduce the costs of green borrowing in developing countries and emerging from international markets,” Maait added.