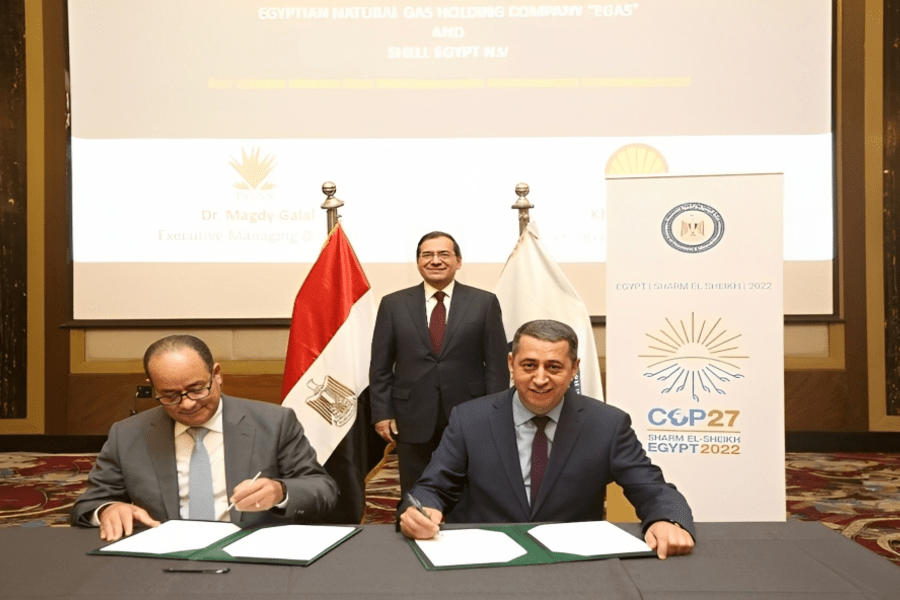 Part of the signing of agreements at COP27 (Photo source: COP27)

The UN Climate Change Conference (COP27) in Egypt’s Sharm El-Sheikh saw over the weekend the signing of a series of new agreements, in addition to revealing the UAE’s national net zero pathway by 2050 that supports sustainable economic development.

Egypt has inked with a number of international companies a total of seven agreements and memoranda of understanding in the field of sustainability and emission reduction.

The Egyptian Minister of Petroleum and Mineral Resources, Tarek El Molla, who signed the deals, said that the goal of this step is to improve the country’s oil and gas industry’s capabilities in the field of carbon reduction and environmental sustainability, as well as to benefit from the best expertise and practices provided by international companies in this regard.

Also, the Climate Investment Funds Foundation (CIF), one of the world’s largest investment institutions in climate action, announced the start of implementing its CIF’s Nature, People, and Climate initiative, which was launched in June, in Egypt and a number of other countries. The startups are valued at around $350 million, with funding coming from Italy, the United Kingdom, and other countries.

Additionally, General Electric (GE) also signed on the sidelines of COP27 a framework agreement with the International Renewable Energy Agency (IRENA) to launch a plan to support both parties’ climate change and energy security agendas.

The deal calls for cooperation on a number of key issues, including decarbonization efforts, intellectual leadership, and the adoption of sustainable uses for all forms of renewable energy.

In the same context, the AIM for Climate mission, launched by the UAE and the US at the COP26 last November, announced that partners’ investments in climate-smart agriculture and food systems have doubled, as has the number of partners, since the initiative’s inception. The initiative, which has over 275 governmental and non-governmental partners on board, revealed increased investments totaling more than $8 billion, $4 billion more than at COP26, demonstrating a doubling of these investments. 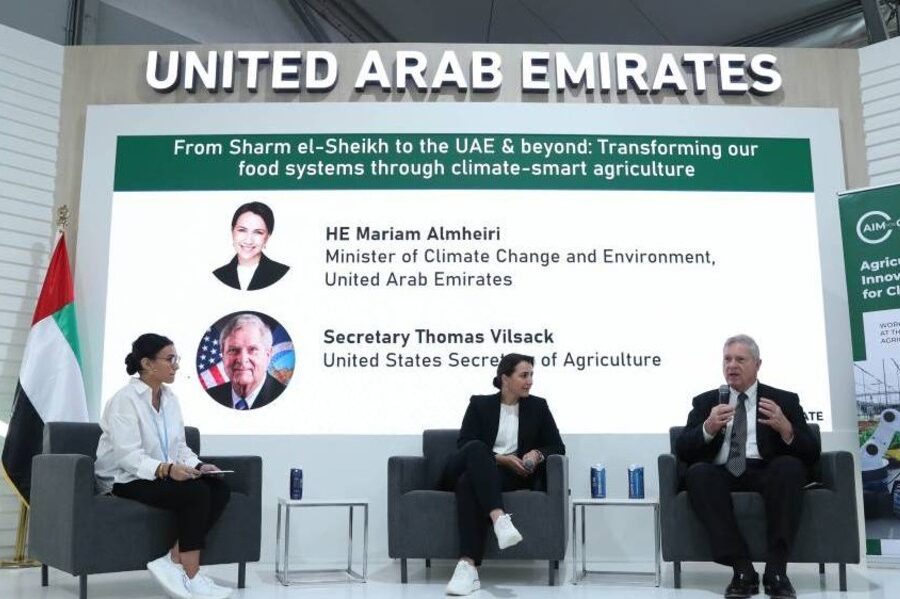 Also during the Conference, the UAE revealed its national pathway for climate neutrality 2050, which represents the time frame for the mechanisms and stages of implementation of the UAE strategic initiative to strive for climate neutrality by 2050 announced in October 2021. The pathway sets the ceiling for climate ambition to reduce greenhouse gas emissions, with the goal of achieving an 18% reduction in emissions by 2030 compared to the mitigation targets set in the second Nationally Determined Contributions Update Report under the Paris Agreement. The pathway also aims to maintain a reduction of up to 60 percent by 2040, and achieve neutrality by 2050.

US President Joe Biden affirmed his country’s commitment to combating climate change and providing renewable energy resources, saying, “Our mission is to prevent a climate catastrophe and transition to green energy.”

Biden praised the tremendous progress made in climate science over the last two years, saying, “We see our mission to avert climate catastrophe and seize a new clean energy economy not only as an imperative for our present and future but through the eyes of history.”

On the other hand, Vivek Pathak, Director of the Climate Business Unit at the International Finance Corporation, the World Bank Group’s private sector financing arm, stated that the Corporation looks forward to cooperating and supporting the UAE government in advance of hosting the Conference of the Parties to the United Nations Framework Convention on Climate Change (COP28) scheduled to be held in 2023.