Economy
Technology & Innovation
Videos
Lists
EME Magazine
Subscribe to our newsletter
Subscribe
HomeEconomyCrisis in Ukraine could slash global trade growth by half in 2022
By Economy Middle East
SHARE
April 14, 2022 4:38 am

The crisis will reduce global GDP growth to 2.8 percent 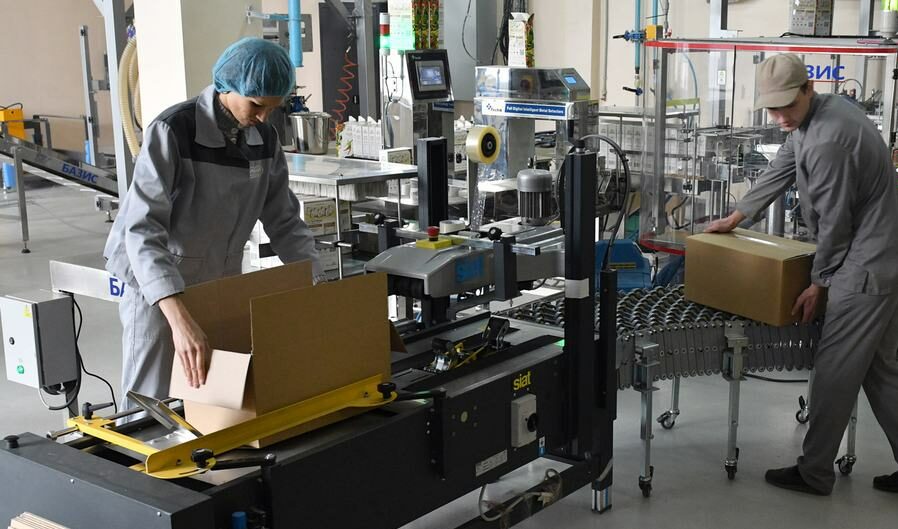 Employees working on the packaging line in a grain processing factory, Ukraine.

The conflict in Ukraine has not only resulted in a massive humanitarian disaster but has also gravely destabilized the world economy.

In light of the above, a report from the World Trade Organization (WTO) Secretariat suggested that the conflict in Ukraine might reduce world trade growth by half in 2022.

According to the report, the crisis will reduce global GDP growth to 2.8 percent this year, while global trade growth predictions will be reduced to 3 percent, down from 4.7 percent earlier.

WTO noted that while the people of Ukraine are bearing the brunt of the suffering and devastation, people all over the world are likely to bear the costs of reduced trade and production in the form of higher food and energy prices, as well as a reduction in the availability of goods exported by Russia and Ukraine.

The Organization said that the poorest countries are more vulnerable to war because they spend a larger proportion of their money on food, adding that this could have an impact on political stability.

Furthermore, despite their small shares in world trade and output, Russia and Ukraine are key suppliers of essential goods including food, energy, and fertilizers, supplies of which are now threatened by the war.

Russia is the world’s largest exporter of gas, accounting for about 45 percent of the European Union’s imports in 2021.