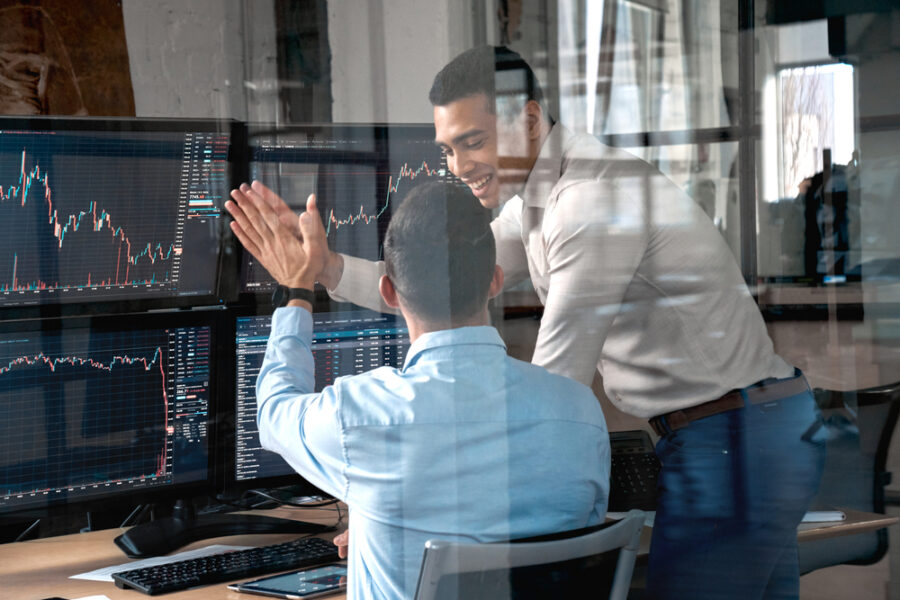 At the opening of its trading in the Dubai Financial Market today, share prices of the Dubai Electricity and Water Authority (DEWA) jumped 22.9 percent to reach 3.05 dirhams at the beginning of trading, compared to the subscription price of 2.48 dirhams.

Thus, the market value of the authority rose to about 152.5 billion dirhams, making it one of the largest utility companies in the world.

Today witnessed the inclusion and start of trading in “DEWA” shares, on the Dubai Financial Market, with the trading symbol “DEWA”.

The value of trading on the stock during the first minutes of the trading session amounted to more than 410 million dirhams.

The CEO of the Dubai Financial Market, Hamed Ahmed Ali, confirmed that the success of DEWA’s listing opens the door for other companies that intend to list their shares in the market, whether they are governmental or private. He said in an interview with “Al Arabiya” that the market does not interfere in determining the dates of the upcoming listings.

Multiplay: We are firmly confident that our investment will generate sustainable returns for our shareholders

Samia Bouazza, CEO and Managing Director of Multiplay Group, one of the main investors in the authority, congratulated DEWA on its successful listing on the Dubai Financial Market. In a statement, she said: “I am pleased to congratulate the DEWA team for their outstanding efforts that resulted in the success of the DEWA’s initial public offering. As one of the main investors in DEWA, we look forward with great enthusiasm and optimism to the next phase of growth and future achievements for one of the leading integrated services companies in the region, as well as achieving its strategic goals to reach carbon neutrality by 2050. We are firmly confident that our investment will generate excellent value and sustainable returns for our shareholders.”

The “Multiplay” group announced last month that it had invested 367 million dirhams in the initial public offering of “DEWA” as a primary investor. This investment followed a series of strategic acquisitions made by the group, through which it aspires to create a technology-enabled investment ecosystem to seize growth opportunities across five main sectors: communication and media, utility services, investment projects, fitness, health, and beauty services, and the digital economy.

“DEWA” raised 22.3 billion dirhams, from the largest initial public offering in Europe and the Middle East in more than two years, after increasing the size of the offering three times from 6.5% of the total shares of the authority to 17%, in response to the increasing demand by investors.

The offering of a stake in Dubai Electricity and Water Authority is part of a broader program to diversify Dubai’s economy, which includes plans to list 10 government companies on the Dubai Financial Market.

DEWA’s consolidated revenues last year amounted to 23.8 billion dirhams, compared to 22.5 billion in 2020, while the authority estimates that the EBITDA margin will reach 56 percent in 2023.

It is expected that capital expenditures for the next five years until 2026 will amount to about 40 billion dirhams, including about 15 billion during the current year 2022 and about 10 billion in 2023.