Draghi’s resignation to cast shadow over the ECB meeting today 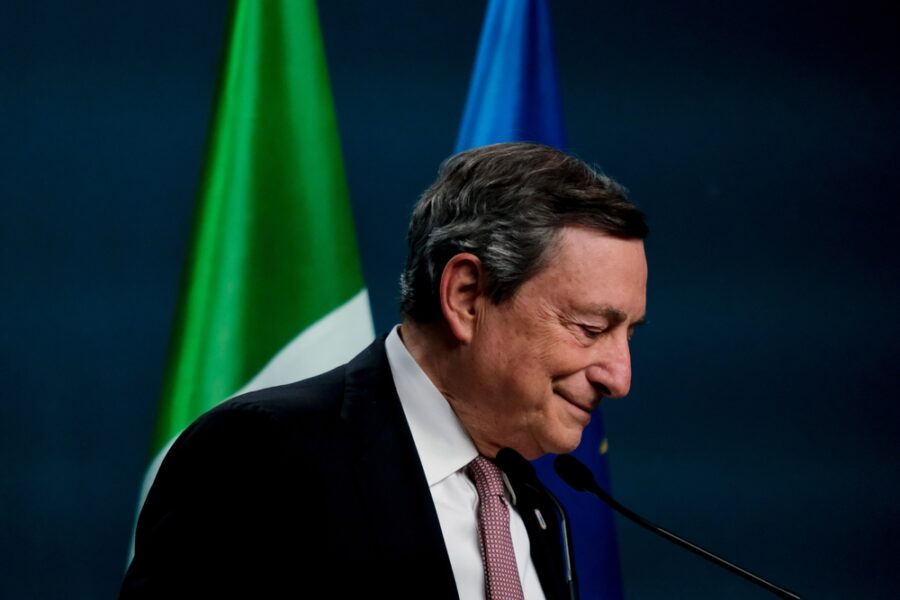 Speaking to Parliament, Draghi said he would meet President Sergio Mattarella and inform him of his intentions after he failed to unite his fragile coalition government. Mattarella has reportedly asked him to temporarily remain in his position with a transitional government.

Before meeting Mattarella, Draghi told the House of Representatives that he believed it was not possible to continue in power after he failed to garner broad support in a confidence vote held Wednesday evening in the Senate.

Italian bond yields rose on Thursday on the expectation that Draghi would resign. The yield on the ten-year government bonds rose to 3.6350 percent, knowing that it was 1 percent at the beginning of the year.

There are a number of reasons why investors are concerned about Italy. First and foremost, opinion polls indicate that Parliament is fragmented, which means that new elections could lead to difficult coalition negotiations.

Meanwhile, Italy has one of the highest debts in Europe, is facing record inflation and its growth prospects are limited.

Mohamed El-Erian, chief economist at Allianz, said in a tweet, “Italy stocks fell by about 3 percent and the sovereign bond margin expanded further after the Italian Prime Minister announced his resignation… This will increase the already high interest in what the European Central Bank will indicate today in terms of anti-fragmentation measures.”

The ECB monetary policy meeting in Frankfurt on Thursday took center stage, as it gave policy makers advance notice to lift the first increase in 11 years.

The ECB will publish its monetary policy decision after the Central Bank’s Board of Directors meeting. This will be followed by a press conference with ECB President Christine Lagarde. In June, the Central Bank said it intended to raise the ECB’s key interest rates by 25 basis points at today’s meeting.

The continued rise in prices casts a shadow over the region. On Wednesday, data from the UK showed that inflation reached a new 40-year high in June, as food and energy prices continued to rise.