IMF does not see inflation in Egypt waning before 2024 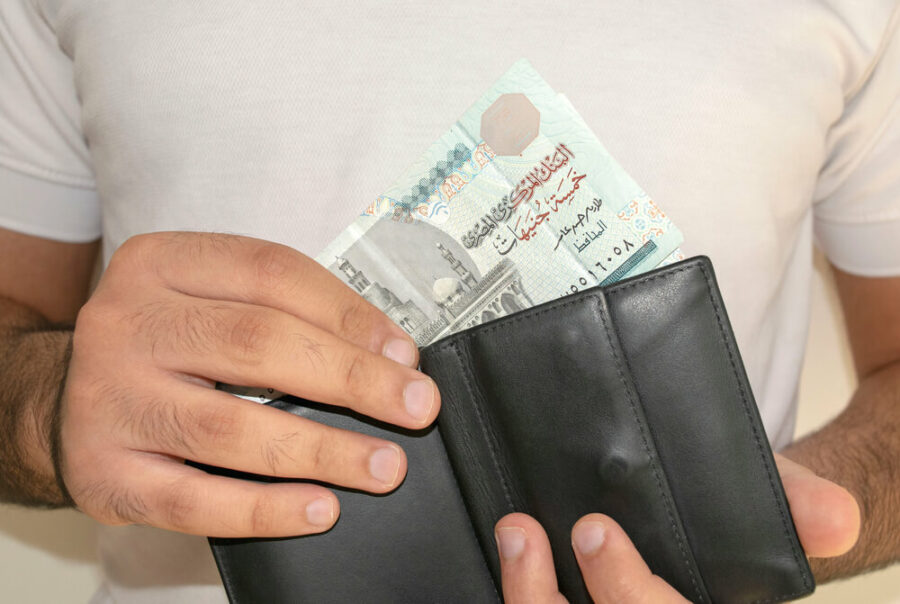 Hours after the release of inflation data in Egypt that showed a big jump in one month, the International Monetary Fund (IMF) ruled out a decline in Egypt’s peak inflation, predicting inflation rates to decline to 7 percent in the fiscal year 2024-2025.

Egypt’s central bank announced on Tuesday that the country’s core inflation rate rose to 24.4 percent year-on-year in December from 21.5 percent in November.

During a virtual press conference Tuesday evening, Egypt’s head of mission at the IMF, Ivana Holler, estimated the financing gap in Egypt over the next four years at about $17 billion. Egypt will be able to fully repay its IMF-financed debt, despite some of the pressures it faces.

On December 17, the IMF’s Executive Board agreed to provide Egypt with $3 billion through a 46-month agreement under the Extended Fund Facility. The decision allowed for an immediate payment equivalent to $347 million, to help meet the needs of the balance of payments and budget support.

The IMF cut its forecast for Egypt’s economic growth to 4 percent this fiscal year instead of its previous forecast last October, which was estimated at 4.4 percent.

Last week, the Central Bank of Egypt said that the balance of foreign exchange reserves rose to $34 billion by the end of December 2022, compared to $33.532 billion at the end of the previous month.

The IMF said the external debt ratio is likely to rise to 39.6 percent of Egypt’s GDP this fiscal year, compared to 37.3 percent in the previous fiscal year.

Fund officials praised the decision to move the exchange rate of the pound, up to an exchange rate that depends on supply and demand, noting that the previous fixation of the pound rate harmed market performance.

The Egyptian pound fell last week to a new historic high against the dollar above 27 pounds, as the government and the central bank look for channels to boost the abundance of foreign exchange and withdraw domestic liquidity from the markets.

According to the IMF staff report issued on Tuesday on the official page of the Fund, Egypt has committed to the flexibility of the currency, a greater role for the private sector, and a set of monetary and fiscal reforms when it reached an agreement on a financial support package.

In a letter of intent to the International Monetary Fund (IMF) dated November 30, the Egyptian government said it had requested support after the war in Ukraine amplified existing vulnerabilities amid increasingly difficult global financial conditions and rising commodity prices.

Among the government’s pledges is to slow the pace of investment in public projects, including nationalist ones, in order to reduce inflation and preserve foreign currency, without specifying which ones will be subject to this.

Under the letter of intent, Egypt said it would allow prices of most fuel products to rise until they were in line with the country’s fuel index mechanism to offset the slowdown in such increases during the last fiscal year.

It also pledged not to intervene in foreign exchange markets to stabilize or ensure an exchange rate, except in cases of high volatility.

The Egyptian pound has been allowed to fluctuate more than before since its third depreciation in less than a year last week.

Egypt has also agreed to enhance the efficiency of its monetary policy by abandoning most subsidized lending programs and ensuring that interbank rates remain “closely linked” to the range of interest rates set by the central bank.

Under the facility, the IMF will provide Egypt with about $700 million in the fiscal year ending in June.