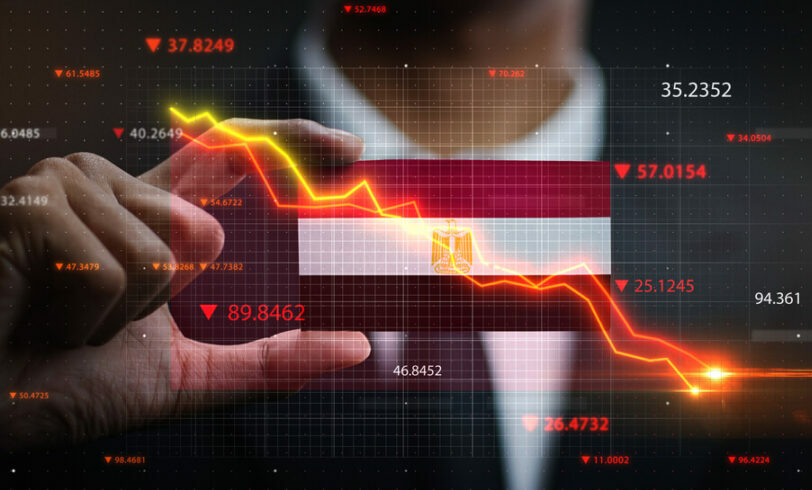 The annual report launched by the Egyptian Exchange during its harvest for the year 2022 revealed many steps that will be implemented this year. Most notably, Egypt is preparing to list four state companies on the stock exchange as part of its planned IPO and privatization program.

The Egyptian government has adopted a vision to increase the private sector’s contribution to the national economy by making available state-owned assets worth $40 billion for partnership with the local or foreign private sector over the next four years. It also plans to list 10 public sector companies and two companies of the armed forces on the stock exchange. But the Russian-Ukrainian war had delayed this plan.

Egypt is currently experiencing a severe economic crisis crystallized by the deterioration of the pound and a significant shortage of foreign currency. Things deteriorated starting last March when the war began, followed by foreign investors rushing out of Egyptian capital markets with large sums estimated at about $20 billion.

Since then, currency reserves have been dwindling to critical levels, forcing the Egyptian government to look for other alternatives to provide hard currency and help pay off $28 billion in outstanding debt and interest and finance the current account deficit by the end of 2023. Among these alternatives is initiatives to benefit from remittances from Egyptians abroad, estimated at about $22 billion.

The bourse’s report, announced by its chairman Rami El Dokkani at a press conference, revealed that the companies that intend to be offered include Banque du Caire, Misr Life Insurance, Egyptian Drilling, and Elab, which is affiliated with the oil sector.

El-Dokkany revealed during the conference that the government aims to list 23 state companies on the EGX, including 9 companies already listed in the coming period, with an expected total value of EGP 80 bln. The companies to be offered are operating in 7 economic sectors, and it is targeted to offer a 15-20 percent share.

The report explains that the external roadshow that began last October and included a meeting with 16 investors and investment funds, as well as 4 international institutions, showed that the exchange rate crises and the lack of offerings were at the top of the obstacles hindering investors’ entry into the Egyptian capital market.

In addition, the EGX announced that the capital increases witnessed during the past year amounted to EGP 30.2 billion, whether in the form of cash increases through IPOs or through free dividends to companies, compared to EGP 18.4 billion in 2021, an increase of 64%.

The total number of companies listed on the EGX increased last year to 242, compared to 237 in 2021, in addition to the registration of treasury bonds worth EGP 331.5 billion.

El-Dokkani revealed that the EGX aims to make Egypt the main center for trading carbon certificates in the African continent, with the aim of helping companies reduce emissions, issue carbon certificates for projects directly, and create a regulated market that allows companies to buy and sell carbon credits related to the size of their emissions.

Finally, there is no doubt that the Egyptian government’s plan and the proposals to be implemented this year are very ambitious and contribute to lifting the economy out of the situation it is today. The most important challenge is the extent of interest that investors and sovereign funds will show as the attractiveness of the share prices of Egyptian companies grows after the exchange rate is liberalized.