The country's present focus is on the local wheat crop 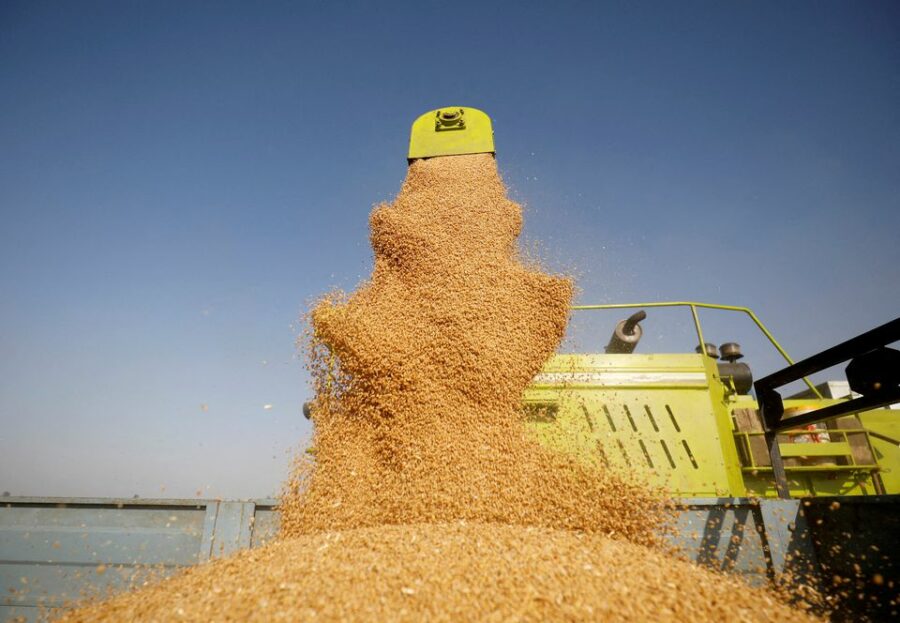 A combine deposits harvested wheat in a trolley.

Egypt is racing to secure wheat supplies as the Russian-Ukrainian war continues, causing reserves to plummet to dangerously low levels.

The country is accelerating efforts to ensure the supplies needed to feed its citizens, many of whom rely on a bread subsidy program.

Global wheat markets have suffered as a result of the war on the one hand, and the cancellation of international wheat tenders due to high prices on the other.

Also, the international tender, sealed by the General Authority for Supply Commodities, to purchase 350,000 tons of European wheat -from Russia, France, and Bulgaria – exposed the staggering costs importers are incurring.

Last week, Reuters and Bloomberg said that Egypt decided to back out from launching new international tenders to purchase wheat before mid-May.

Egypt’s Minister of Supply and Internal Trade, Ali Al- Meselhi, noted that the country’s present focus is on the local wheat crop, during which the country expects to secure between 5 and 6 million tons of wheat.

Egypt has turned its focus to acquiring local wheat, deemed as one of the world’s finest, due to the global market turmoil.

The Ministry of Finance stated that it plans to spend almost 36 billion Egyptian pounds this year to purchase 6 million tons of local wheat.

The cost of a ton of imported wheat increased as a result of the government’s decision to devalue the pound by around 17 percent against the dollar.

Meanwhile, the price declared by the government has remained unchanged, causing resentment among farmers.

In addition, the government took drastic measures to secure supply.

Some of these included setting a minimum sales threshold and prohibiting unlicensed sales to third parties.

Moreover, the government threatened to provide subsidized fertilizer throughout the summer farming season to those who contribute less than 60 percent of the total crop.

The government further stated that violators shall be punished with a maximum of five years in prison.

The US Department of Agriculture, on the other hand, predicted that Egypt’s wheat production might rise by 8.9 percent during the current season, due to an increase in the cultivated area.

Egypt is expected to produce 10.8 million tons of wheat in the 2022/2023 season, according to the government.

Meanwhile, Egyptian wheat imports were predicted to fall by 5.1 percent to 10.1 million tons.