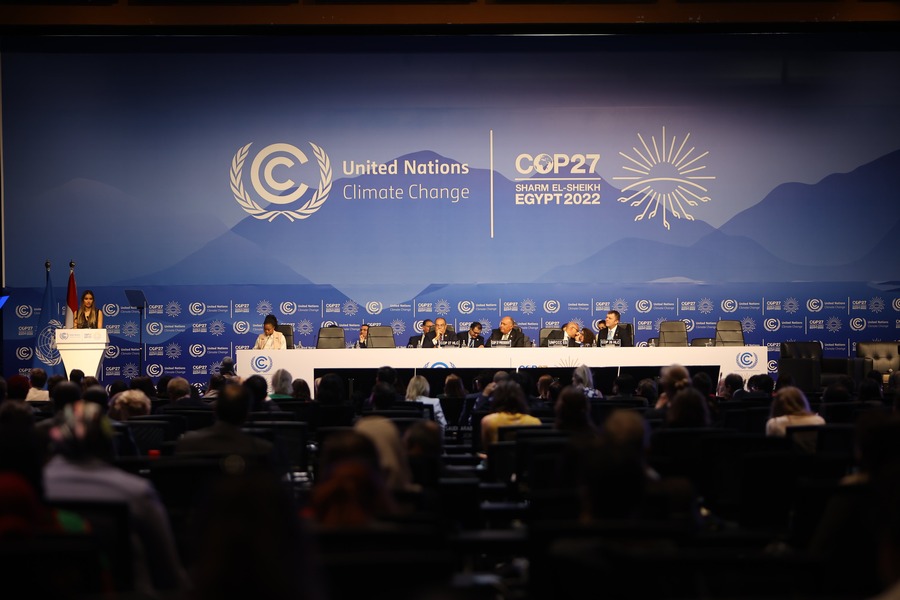 Egypt’s Ministry of International Cooperation announced that the ‘Nouwfi’ program, a government-adopted platform for green projects, had raised $10.3 billion in concessional development funds after signing a number of partnership agreements and letters of intent with “multilateral and bilateral development partners” and international institutions to finance World Food Program (WFP) projects in the water, food, and energy sectors.

“Among the funds collected during Egypt’s hosting of the United Nations Climate Conference (COP27), two billion dollars are investments for the private sector to stimulate its involvement in development efforts and enhance its participation in the transition to a green economy and push that trend forward,” the Ministry said in a statement.

In a separate statement, the ministry announced the signing of $2.24 billion in soft development funds to implement a number of development projects and develop sustainable infrastructure that encourages private sector participation, with a number of “development partners” in transportation, housing, electricity, renewable energy, food security, and the environment.

In terms of sustainable water resource management, funding has been signed for three projects. The first is a $12 million grant from the German Agency for International Cooperation in support of the Nile Delta Management Program project, and the second is a $10 million grant from Switzerland for Upper Egypt Drinking Water Management Project (Phase II). The third is a $50 million loan from the Kuwait Fund for Development to fund the construction of four water desalination plants in the South Sinai Governorate.

Read more: COP27: What was agreed so far at Egypt’s climate conference?

In addition, the African Development Bank signed a $92 million development financing agreement for the Electricity and Green Growth Support Program, as well as a $1 million grant from the French Development Agency for strategic technical cooperation between Egypt and France to develop the green hydrogen sector.

Furthermore, in the environment sector, the ministry announced the signing of a $15 million grant agreement with the US Agency for International Development as part of the Climate Initiative agreement.