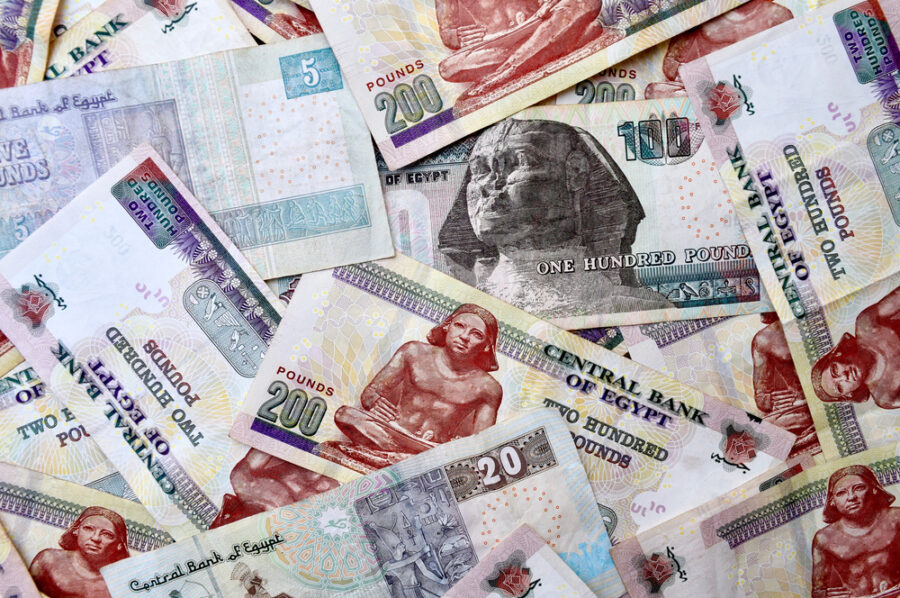 This measure was followed by a 12 percent decline in the Egyptian pound’s exchange rate, the first movement of the Egyptian currency in 5 years.

The Monetary Policy Committee of the Central Bank of Egypt decided, in its extraordinary meeting today, to raise the overnight deposit and lending rates and the central bank main operation rate by 100 basis points to reach 9.25 percent, 10.25 percent and 9.75 percent, respectively. The credit and discount rates (which are the rates that banks deal with the Central Bank ) were also raised by 100 basis points to reach 9.75 percent.

The Central Bank of Egypt said that recently, global inflationary pressures began to re-emerge following a global economy from the Coronavirus pandemic. These pressures were due to the developments of the Russian-Ukrainian conflict, with risks related to the global economy having increased as a result.

On top of these pressures comes the noticeable rise in global commodity prices, supply chain disruptions and rising freight costs, in addition to the fluctuations in financial markets in emerging countries.

This led to domestic inflationary pressures and increased pressure on the external balance, according to the statement.

It added that in light of these developments; Given the central bank’s target inflation rate of 7 percent on average during the fourth quarter of 2022, the Monetary Policy Committee decided to raise the key interest rates of the Central Bank by 100 basis points.

After the extraordinary meeting, the exchange rate of the pound moved. Refinitiv data showed a decline in the Egyptian currency to trade at 17.42-17.52 against the dollar.

“Bloomberg” reported that the Egyptian pound’s exchange rate fell by about 12 percent. The selling price of the dollar in the National Bank of Egypt reached 17.50 and 17.40 to buy it, while its selling price reached 17.52 pounds in the Arab African International Bank, “HSBC” and the Suez Canal Bank, compared to 17.42 when buying it.

Shortly after the decline of the Egyptian currency and the decision of the Central Bank, Al-Ahly and Misr banks decided to offer new one-year Certificates of Deposits at an annual interest rate of about 18 percent.

This development comes at a time when emerging markets are witnessing an outflow of hot money as a result of fears of the escalation of the Russian-Ukrainian war.