Inflation rose to 12.1 percent in March 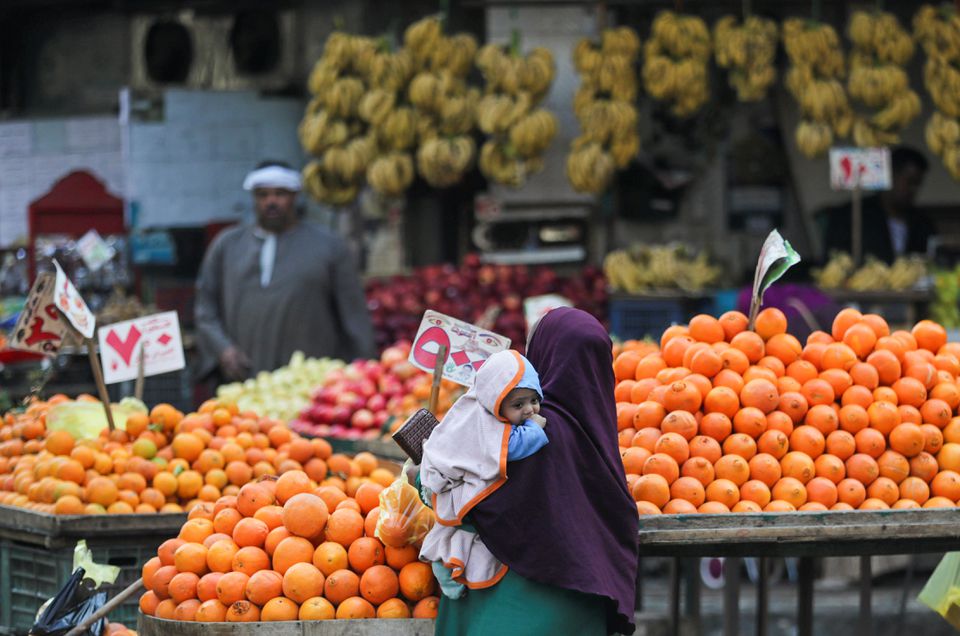 A woman holding her baby shops at a vegetable market

A recent report revealed that the annual inflation rate in Egypt rose to 12.1 percent in March, compared to 4.8 percent for the same month in 2021.

According to the Central Agency for Public Mobilization and Statistics (CAPMS), this inflation hike was driven by the increase in food prices and the depreciation of the local currency against the dollar, following the repercussions of the Russian invasion of Ukraine.

The inflation hike is linked to other economic issues plaguing Egypt, the most serious of which is a decline in foreign currency supply as a result of billions of dollars of foreign investors fleeing the local debt market, following the decision of the Fed to raise interest rates.

According to official government data, the inflation rate increased in March for the third month in a row in 2022, after reaching 8.8 percent in February.

Egypt, which imports 80 percent of its wheat from Russia and Ukraine, saw bread costs surge following the Russian invasion on February 24.

This wave of price hikes forced Egypt to devalue its currency, with the Egyptian pound losing around 17 percent of its value against the dollar on March 21, putting the greenback’s selling price at more than 18 pounds.

Egypt’s Central Bank adopted actions on March 21 to contain inflation and boost the attractiveness of the Egyptian pound, including raising the interest rate by 1 percent and depreciating the pound by nearly 14 percent, increasing the price of products, food, and services.

In a country where the poverty rate is around 30 percent of the total population exceeding 103 million people, the Ministry of Finance announced last month a $7 billion social protection aid package “to deal with the ramifications of global economic crises and alleviate their effects on individuals.”