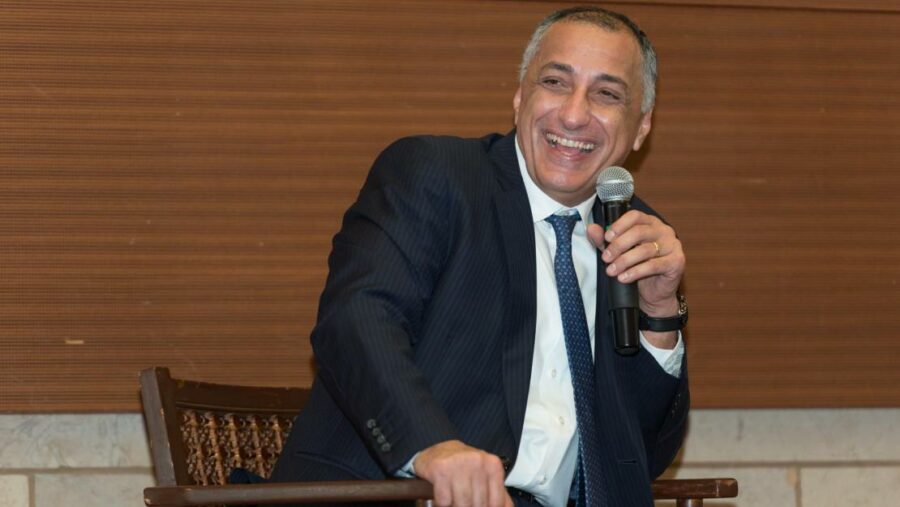 A day before the Central Bank of Egypt’s meeting on Thursday to decide whether to adopt a new interest rate increase or keep it fixed, Bank Governor Tarek Amer submitted his resignation. A statement by the Egyptian presidency stated that President Abdel Fattah El-Sisi accepted Amer’s resignation and issued a decision appointing him as an advisor to the President of the Republic.

Speculation related to a cabinet reshuffle in Egypt on Saturday had pushed Amer’s name to the list of names that would leave his post through the “resignation” portal. However, the Central Bank of Egypt issued a statement on the same day denying the news of the resignation, stressing that Amer will continue in his position until the end of his term at the end of 2023.

Gamal Negm, the first deputy governor of the Central Bank of Egypt, told the official Egyptian News Agency (Asha), that “the governor’s term ends next November, and according to the constitution, the decision to assign and stay with a governor is a decision made by the President of the Republic only.”

Gamal added, explaining that “fabricated rumors negatively affect the Central Bank and banking sector, and are motivated by the purposes, interests, and ambitions of those who are behind them, especially in light of the great role played by the Central Bank in protecting about 9 trillion pounds, representing citizens’ deposits, following strict controls and rules by the Central Bank of Egypt.

Tariq Amer was appointed as Governor of the Central Bank on November 27, 2015, with a tenure of four years, renewable again by the President of the Republic. Among his most prominent decisions were the floating of the Egyptian pound against the dollar on November 1, 2016, and the restructuring of the banking sector in Egypt. He also contributed, through several initiatives, to spreading a culture of financial inclusion.

Immediately after the news spread, Egyptian government bonds witnessed selling on the international debt markets. The declines ranged from 0.6 cents to 1.7 cents per dollar. Many of the country’s long-term bonds have seen the biggest moves.