Saudi, UAE made attracting FDI a mainstay in development plans 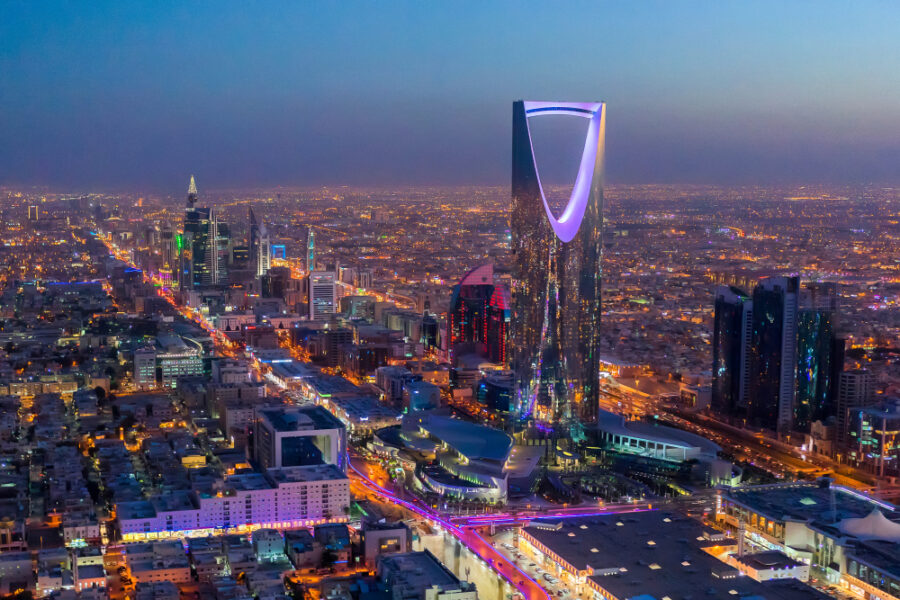 Supported by high oil prices and the ongoing recovery following the COVID-19 pandemic, the Middle East is poised to robustly grow in 2022 and conditions will remain relatively good across most of the region in 2023-2024.

Energy exporters will benefit from emerging energy market conditions, investment projects, and increased non-energy exports—particularly for Saudi and the UAE.

This is what the Economist Intelligence Unit (EIU) predicts in a report entitled “Middle East: Unequal recovery after the Coronavirus outbreak.”

Growth in the Middle East

In details, the “Economist Intelligence Unit (EIU)” expects, in the report seen by “Economy Middle East”, that most of the Middle East countries will record economic growth rates of more than 4 percent in 2022 despite the turmoil caused by the war in Europe, the continued slowdown in China, and the outbreak of the new Coronavirus.

The region’s net energy exporters will benefit from strong demand, increased production, and higher prices during 2022, while bullish energy market conditions are expected to continue into 2023-2024.

Increased export earnings and fiscal revenue from strong demand for energy supplies in the Middle East and rising international energy prices will keep current account balances steady in the positive territory for all Middle East OPEC+ members during 2022-2024, while fiscal balances will be positive for all except Iran and Oman.

These dynamics, according to the report, will help rebuild financial barriers and support investment in the energy and non-energy sectors.

For example, Saudi will be in a better position to increase spending on priority areas such as healthcare, education, and defense, while off-budget capital spending directed through the Public Investment Fund (PIF) will continue to expand at a rapid pace.

Meanwhile, the UAE will seek to diversify its economy away from oil and build on its reputation as a business hub, while promoting eco-friendly economic development.

Financial pressure on importers of goods

In contrast, net energy importers will face more severe financial pressures in 2022 and continue into 2023-2024 due to large energy import bills, as well as higher import costs associated with industrial materials and food supplies.

The report says that high and rising inflation outside the GCC is adding to consumers’ pain and who have been hit hard by the pandemic. Moreover, inflation is leading the pressure to increase government support at a time when public finances are under great pressures and governments are struggling to narrow fiscal deficits and control public debt ratios, which increased during the early stages of the pandemic.

In addition, the cost of capital in international markets is rising as major central banks – the Federal Reserve, the European Central Bank and the Bank of England – embark on a cycle of monetary tightening to tackle inflation, which will increase borrowing costs in the Middle East especially for the weakest and most vulnerable countries, from non-GCC countries, in 2022 and beyond towards 2023-2024.

The fight against Corona

For The EIU, the richest and strategically important countries in the Middle East will continue to do better in the fight against Corona and will have more room to mitigate the impact of the outbreak in the future.

Gulf countries led the way in terms of launching a vaccine campaign and successfully managed a new outbreak of the virus in the second quarter of 2022, which included the introduction of stricter containment measures that were quickly eased.

“Gulf countries will press ahead with plans to reopen their economies in 2022, an effort to revitalize international tourism and support international trade,” the report said.

The report pointed out that the countries of the Middle East, especially the members of the Gulf Cooperation Council, have made attracting higher levels of foreign direct investment a mainstay in their economic development and diversification plans.

The UAE also attracted a record $20 billion in 2021 and aims to become one of the world’s top ten FDI destinations by 2030.

Qatar, Bahrain, Kuwait and Oman have economic plans that include measures to boost FDI inflows.

The report finds that economic competition between Saudi and the UAE will intensify as both countries seek to develop some of the same sectors – notably financial services, transport, logistics, petrochemicals, technology and tourism – and establish themselves as regional business centers with the help of foreign investment.

The UAE will continue to enjoy the advantage of a first mover, having established centers for global travel, trade and investment, and moving forward with policies to improve its attractiveness as a destination for business and foreign investment.

However, Saudi will provide ample opportunities in the market with the implementation of reforms to attract investors, international companies and foreign talent. The Saudi government will go ahead with the RHQ project, which requires foreign companies to set up their regional headquarters in the kingdom by January 2024 or face the prospect of being barred from accessing commercial arrangements