Expect a significant increase in Euro interest rates on Thursday

Fitch: A recession in the euro area is likely as gas crisis worsens 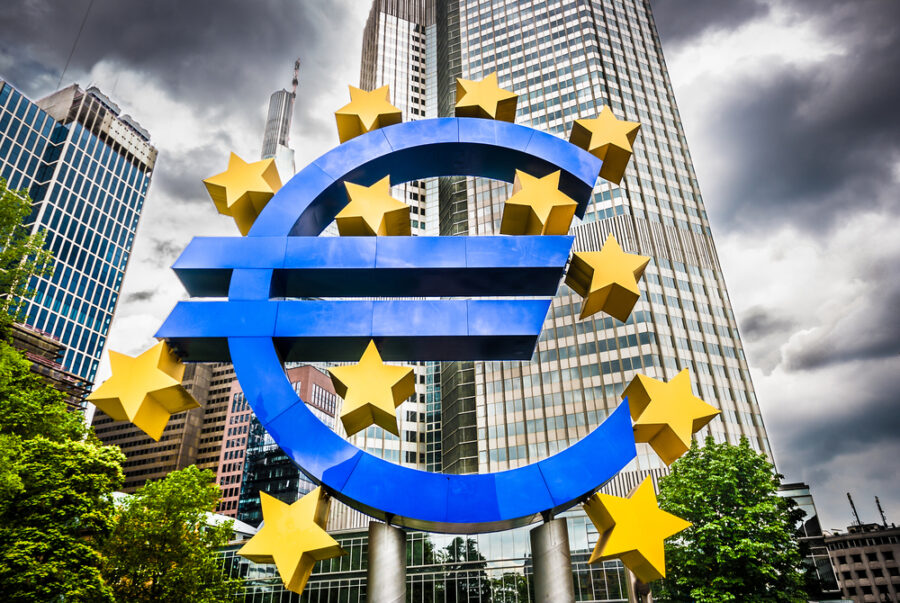 In light of the growing data that shows the eurozone entering into a recession, the European Central Bank (ECB) will meet Thursday to take a new decision regarding the amount of interest rate increase.

The meeting takes place days after Russia closed one of the main gas supply routes to Europe, which led to a new rise in gas prices and a historic decline of the euro against the dollar. It raised concerns that higher gas prices would keep inflation high, thus strengthening the case for a more aggressive move by the central bank.

The ECB policymakers have a choice between raising the interest rate by 50 basis points, or a larger increase to contain the record high inflation, which reached 9.1 percent.

Investors seem to be anticipating a massive move of 75bp due to the record inflation rate recorded in the Eurozone last week, which is putting pressure on the ECB to do its best now to avoid further deterioration of social conditions.

Goldman Sachs had expected the ECB to raise interest rates by 75 basis points at its next meeting.

And Goldman Sachs experts raised the peak they expect European interest rates to reach by February 2023 to 1.75 percent, instead of 1.5 percent in their previous estimates.

Citigroup also expected the ECB to raise rates by 75 basis points in the next two meetings, this month and in October.

In a Reuters poll last week, nearly half of economists surveyed said they expected the ECB to raise interest rates in an unprecedented way by 75 basis points this week, while nearly half expected a rise of 50 points basis.

Isabel Schnabel, a member of the ECB’s board of directors, spoke at the annual Jackson Hole Central Banking Symposium at the end of August, saying the ECB needed to show “determination” to tame price hikes.

Does an energy shock make a recession inevitable? Economists believe this is increasingly the case, particularly as winter approaches with energy shortages looming and forward-looking indicators painting a bleak picture.

The S&P Global Purchasing Managers’ Index, which is seen as a guide to the health of the economy, fell to an 18-month low of 48.9 in August from 49.9 in July, which is lower than initial estimates of 49.2. Any number below 50 indicates a contraction.

“Fitch” said in a note on the first of September that a recession in the euro area is likely with the exacerbation of the gas crisis.

“Our current assessment is that eurozone GDP will be hit by 1.5-2 percentage points in 2023, in Germany by 3 percentage points, and in Italy by 2.5 percentage points, compared to our forecast for the global economy in June 2022. The eurozone recession begins in the second half of 2022. Germany and Italy are likely to experience an annual decline in GDP in 2023,” Fitch said.

It said that the economic vulnerabilities to cutting off gas supplies through Russian pipelines are still very high despite recent strenuous efforts to diversify import sources, especially liquefied natural gas.

The shutdown will have a significant supply-side impact on GDP due to the limited ability in the near term to replace lost gas supplies with other inputs.